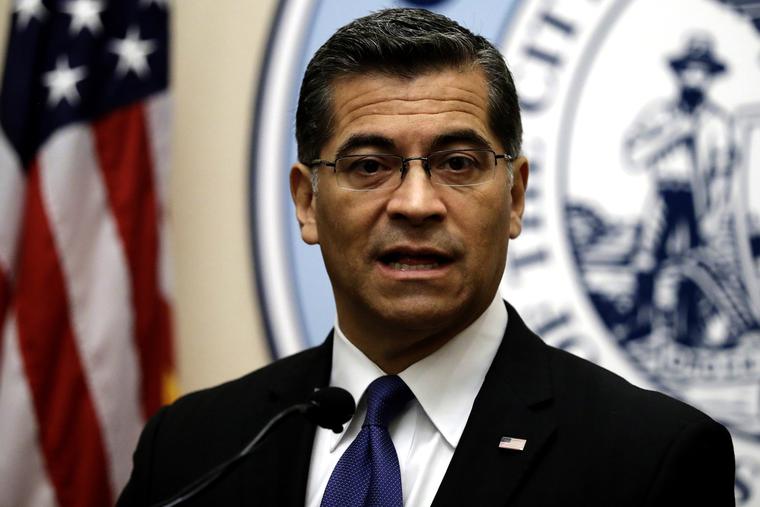 More than 60 pro-life leaders urged the U.S. Senate on Monday to reject President Joe Biden’s choice of Xavier Becerra as secretary of the U.S. Department of Health and Human Services.

In a letter to the U.S. Senate HELP and Finance committees, the pro-life leaders described Becerra, a radical pro-abortion politician with no medical background, as an “enemy” of women and unborn babies, religious Americans and fundamental freedoms.

“Mr. Becerra’s confirmation would be divisive and a step in the wrong direction,” the pro-life leaders wrote. He “has proven himself to be an enemy of the health of women and the unborn. He cannot be entrusted with our national health programs and policies and is not qualified to serve as Secretary of Health and Human Services.”

Committee hearings on Becerra are scheduled for this week. With the Senate evenly divided between Republicans and Democrats, his confirmation is not certain.

Becerra, the attorney general of California and a former Democrat congressman, has spent much of his career persecuting pro-life advocates, pregnancy centers and nuns who serve the poor, said Marjorie Dannenfelser, president of Susan B. Anthony List, who signed the letter.

“President Biden could not have picked a more eager pro-abortion activist to head HHS and we urge senators to reject his nomination,” she said.

For years, Becerra has been fighting against a religious exemption for the Little Sisters of the Poor, nuns who serve the poor and elderly, and other religious employers who object to the Obamacare contraception mandate. The HHS mandate requires employers to cover contraception, including types that may cause abortions, in their employee health plans.

Becerra also defended a California law that forced pro-life pregnancy centers to post signs advertising abortions; however, he lost at the U.S. Supreme Court. And he challenged a Trump administration rule that defunded Planned Parenthood of about $60 million in Title X funds.

In 2017, he took up the prosecution of pro-life journalists David Daleiden and Sandra Merritt after they exposed Planned Parenthood’s aborted baby body parts trade.

While serving in Congress, Becerra had a 100-percent pro-abortion voting record; among other things, he vote against a ban on partial-birth abortion and for taxpayer-funded abortions.

Pro-life leaders said Becerra has abused his powerful position “to target pro-life health centers and journalists,” and he cannot be trusted.

“Mr. Becerra is an enemy to every pro-life policy and law and has demonstrated complete disregard for the religious and moral convictions of those opposed to the brutal act of abortion,” they wrote. “His radical record in public office as California’s Attorney General and member of Congress leads our organizations to ask you to reject Mr. Becerra’s nomination.”

Pro-life Democrat leaders also are urging the U.S. Senate to reject Becerra, noting his lack of medical experience and his “extremist position” on abortion.

“We need someone to lead HHS who values the fullness of life and won’t actively work to advocate to expand the opportunity to end it through abortion,” said Kristen Day, executive director of Democrats For Life of America, in a separate statement. “The nomination of a state AG with little medical experience only serves the purpose of appeasing the abortion cultural warriors in the Democratic Party. This runs counter to the Biden Administration’s stated goal of healing divisions in the United States.”

Becerra would be tasked with huge health care problems, if confirmed. These include the coronavirus pandemic and vaccinations, continued problems with the Affordable Care Act and leftists’ push for socialized medicine. He also would lead the agency as abortion groups lobby for taxpayer-funded abortions through Medicaid and the de-regulation of abortion drugs.