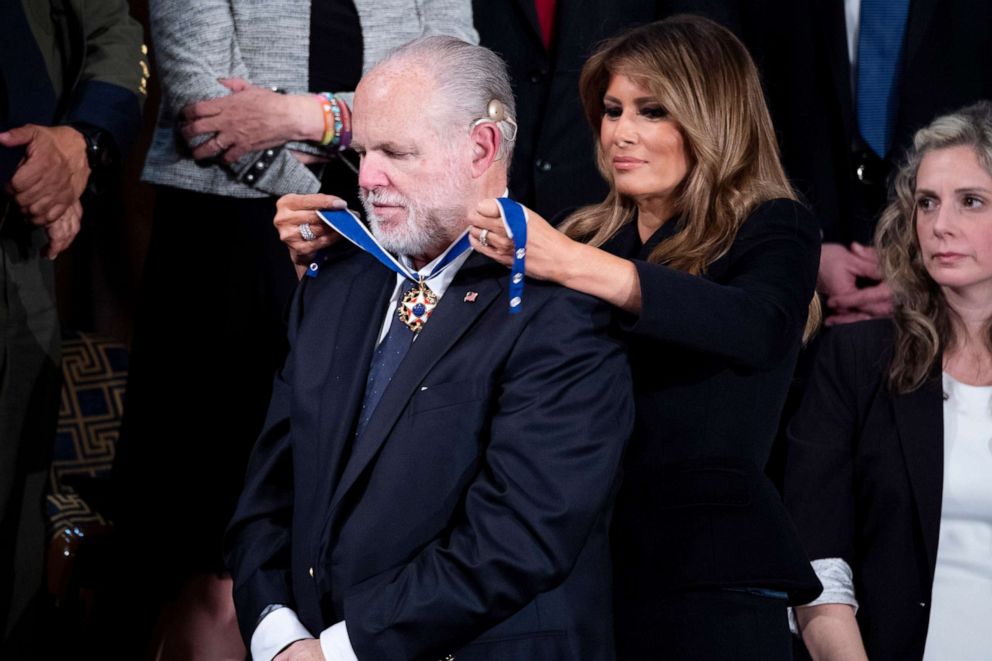 DeSantis said Florida’s flags will be lowered upon the announcement of funeral arrangements for Limbaugh, in accordance with standard protocol. Rush Limbaugh passed away Wednesday at age 70 after battling lung cancer.

“I know they’re still figuring out the arrangements, but what we do when there’s things of this magnitude, once the date of interment for Rush is announced, we’re gonna be lowering the flags to half-staff,” the governor stated at the beginning of a press conference at the Hilton Airport Palm Beach in West Palm Beach.

Earlier this week, Florida state representative Anthony Sabatini requested DeSantis order Florida’s flags to be lowered in honor of Limbaugh, describing him as “a champion of the constitution, civic engagement, and a great American patriot.”

Rush Limbaugh was a resident of Palm Beach, Florida, since 1996. His radio studio was located on Royal Palm Way, a mile from his Palm Beach home.

.@FLCaseyDeSantis and I are saddened to learn of the passing of fellow Floridian and our friend, Rush Limbaugh. My statement ⬇️ pic.twitter.com/L4GuZZNhfy

The governor appeared Thursday on Fox and Friends to reflect on the life of Rush Limbaugh. “He obviously was a legend in his field, really incomparable. He had me on when he was running for governor and I was getting the tar kicked out of me every day … I was honored to appear on his show a couple times. We are going to miss him dearly.”

LifeNews Note: Olivia Ingrassia writes for Daily Caller. Content created by The Daily Caller News Foundation is available without charge to any eligible news publisher that can provide a large audience.