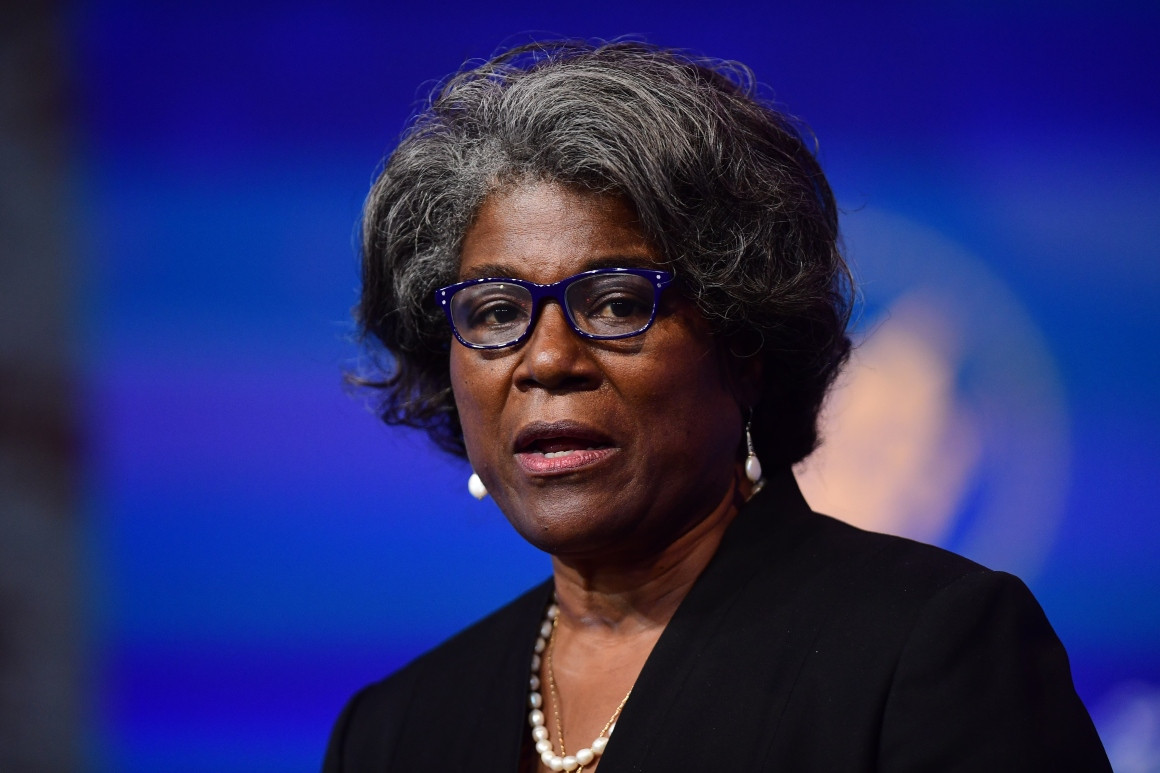 In her speech, Thomas-Greenfield praised China’s Belt Road Initiative (BRI) for the “rollout of critical projects in Africa,” including ports in Djibouti and major railways in Kenya, Nigeria and Ethiopia, the Post reported. She previously served as the Assistant Secretary of State for African Affairs in the United States Department of State’s Bureau of African Affairs under the Obama administration.

She was also keen to point out China’s cultural strategy on the continent in her speech where she described efforts by Beijing to offer scholarships to Africa’s best and brightest, the Post reported.

In addition to praising China’s cultural and economic efforts in Africa, Thomas-Greenfield offered pointed criticism of the Trump administration’s approach to Chinese investment in Africa, which she described as a “…battleground for great power competition rather than engagement with African leaders,” the Post reported.

Thomas-Greenfield also made it clear that a “win-win situation” is possible if China and the U.S. can come together over “shared values of peace, prosperity, sustained economic growth and development, and a firm commitment to good governance, gender equity,” the Post reported.

“In fact, China is in a unique position to spread these ideals given its strong footprint on the continent,” she said during her speech.

She denied any notion of a cold war between the U.S. and China and also argued U.S.-China competition on the continent was more harmful to Africans as opposed to bi-lateral cooperation between the two powers, the Post reported.

“Those who would criticize Chinese predatory lending or the governments who accept these deals must also acknowledge that in many cases, the United States and the West is not showing up or offering viable alternatives,” Thomas-Greenfield said in her speech, the Post reported.

Thomas-Greenfield’s comments have drawn sharp criticism from the GOP, including during a Senate confirmation hearing where Senators Marco Rubio of Florida and Ted Cruz of Texas questioned the motives behind her Confucius institute speech.

Cruz raised concerns about Thomas-Greenfield’s warm rhetoric towards China in response to the Washington Post’s findings in a Wednesday tweet.

“This is BAD. The CCP uses Confuscious Institutes for propaganda & espionage,” Cruz tweeted.

The CCP uses Confucius Institutes for propaganda & espionage. Congress passed bipartisan legislation, which I authored, closing dozens of them.

Why did Biden’s UN Ambassador nominee give a paid speech at a Confucius Institute praising China? https://t.co/JRMwVnU6cN

An anonymous source told the Post that Thomas-Greenfield received a $1,500 honorarium for her speech in 2019, which was paid out by Savannah State University.

In 2020 Savannah State and other universities closed their Confucius Institute chapters after the State Department labeled the organization as a “foreign mission” operating on behalf of the Chinese government to exert soft power and stifle free speech on campuses, the Daily Caller reported.

LifeNews Note: Colby McCoy writes for Daily Caller. Content created by The Daily Caller News Foundation is available without charge to any eligible news publisher that can provide a large audience.