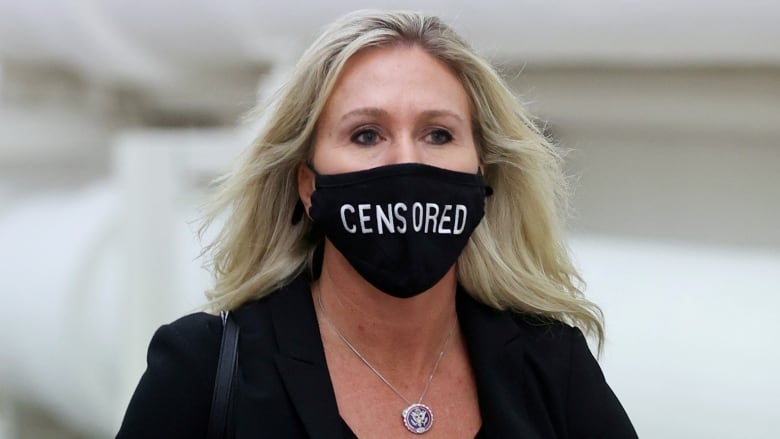 A pro-life congresswoman from Georgia was temporarily banned from Twitter over the weekend after she said the social media platform wrongly accused her of “inciting violence.”

U.S. Rep. Marjorie Taylor Greene (pictured) said she believes Twitter really suspended her for 12 hours because its owners disagree with her politically, The Epoch Times reports.

“If a conservative dares to utter a political opinion that is deemed unapproved by the internet police, they are now subject to false accusations of ‘inciting violence’ simply for having a conservative view … the censorship has got to stop,” the Republican congresswoman said in a statement.

“The borderline monopolistic stranglehold a few Big Tech companies have on the American political discourse is out of control,” Greene continued.

According to The Sun, Twitter locked Greene’s account “for multiple violations” of its civic integrity policy. One of her posts encouraged Trump supporters to “mobilize” and make their voices heard.

“I encourage all Americans, not just the 75 million people who voted for President Trump, to mobilize and make your voices heard in opposition to these attacks on our liberties,” she wrote Saturday in a now-deleted tweet.

Earlier in the weekend, she wrote, “END ABORTION IN AMERICA,” and, in another post, criticized Republicans for contributing to the loss of control of the U.S. Senate, according to the report.

“Morons like you are responsible for losing GA’s 2 Republican Senate seats,” Greene wrote. “You ran a Nov 3rd election that was stolen [because] you idiots at the SOS mailed out millions of absentee ballots to any one and everyone while GA was an open state. Then you counted ballots on Dominion.”

“Americans’ rights are being stripped and they aren’t being heard by the people they elected to represent them,” she said. “And with Big Tech silencing them, they literally can’t be heard. The censorship has got to stop.”

Concerns about censorship among pro-lifers and conservatives is growing. Last week, “Gosnell” filmmakers Ann McElhinney and Phelim McAleer also temporarily were kicked off Twitter. The platform accused them of “violating our rules against platform manipulation and spam,” but later reinstated the account, saying it was “flagged as spam by mistake.”

Other individuals and groups also have noticed a steep drop in followers as social media giants censor conservatives. LifeNews.com has lost almost 27,500followers on Twitter since Jan. 1.