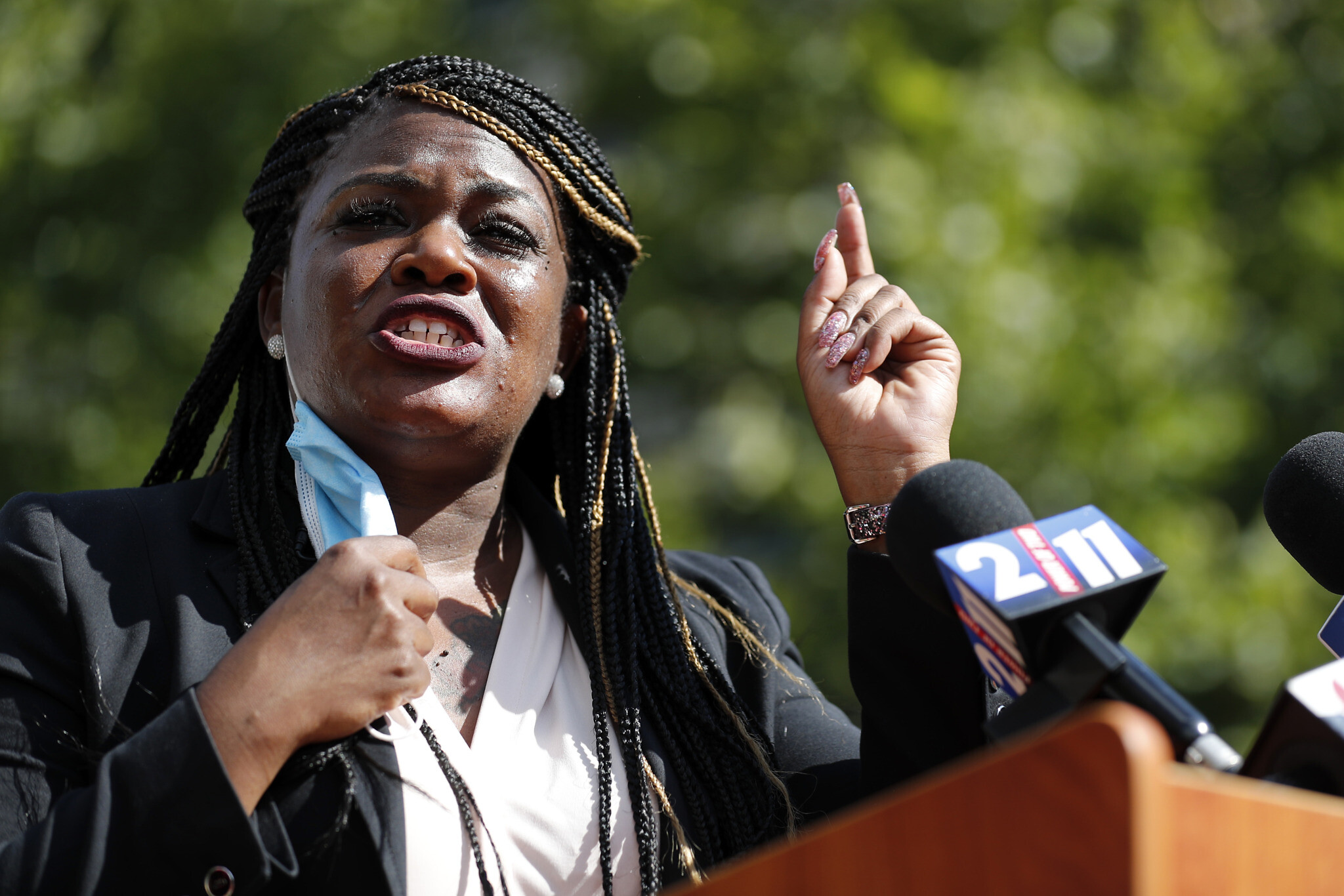 The newest member of the Democrat socialist “squad,” freshman Democrat Cori Bush [D-MO] appeared on The View today for a friendly softball interview where she didn’t have to answer any hard questions, not even from conservative host, Meghan McCain.

Bush, a Black Lives Matter activist who proudly protested in last Summer’s demonstrations along with the Ferguson riots before being elected to Congress this November, spent much of the interview being praised for that radical activism. Co-hosts Sunny Hostin and Joy Behar had the most obnoxious questions:

HOSTIN: Congresswoman, while watching the impeachment hearings I was really taken aback by how your Republican colleagues attempted to draw parallels between what we saw at the Capitol and the Black Lives Matter rallies and protests, we saw over the Summer. You have been unrelenting in calling the insurrection an act of white supremacy, including on the House floor where you were actually booed by your colleagues. What was your reaction to hearing this comparison over and over again from your colleagues, and being booed on the House floor?

JOY BEHAR: [Y]ou introduced your very first piece of legislation last week, it calls for potentially expelling the 139 House Republicans who voted to overturn the election. Considering only ten Republicans had the fortitude to break rank and vote for Trump’s impeachment. Do you have any hope that his enablers, and there are so many, so many in the party, will actually face any consequences?

Liberals in the media, like Sunny Hostin and CNN really hate that they spent all summer defending and downplaying violence from left-wing activists and now they’re being reminded about their hypocrisy in condemning the Capitol Hill riot. Bush was also allowed to avoid responsibility, slamming this criticism as a “deflection” because her Republican colleagues were “white supremacists” like the president:

“You heard every word I said and your colors showed. You showed us how you really feel about it. You want to hold white supremacy,” she sneered.

Of course Joy Behar loved Bush’s demand that over 100 Republicans in Congress be expelled for challenging the election results. Bush revealed she hoped they were investigated and punished in court as well for breaking their “oath” and “attacking democracy.”

While The View interview focused entirely on Bush’s race-based activism and impeachment efforts, they ignored her alarming Socialist viewpoints. As the Federalist wrote, Bush’s campaign website touted her support for a “Universal Basic Income,” socialized medicine in “Medicare for All,” nationwide rent control, student debt forgiveness and The Green New Deal. Her radical abortion views include repealing the Hyde Amendment and giving full government funding to abortion giant, Planned Parenthood.

Bush also recently was slammed by conservatives on Twitter for this sickening tweet sympathizing with murderers and child rapists on death row:

Ironically, one of the murderers the Democrat demanded respect for was a white supremacist.

But Bush wasn’t asked about any of that. Considering her cushy Washington Post profile from last month, it’ll be surprising if anyone in the media is bold enough to do their jobs and challenge her extreme left viewpoints in future interviews.

You can contact The View’s advertisers Nyquil and Advil at the Conservatives Fight Back page here.