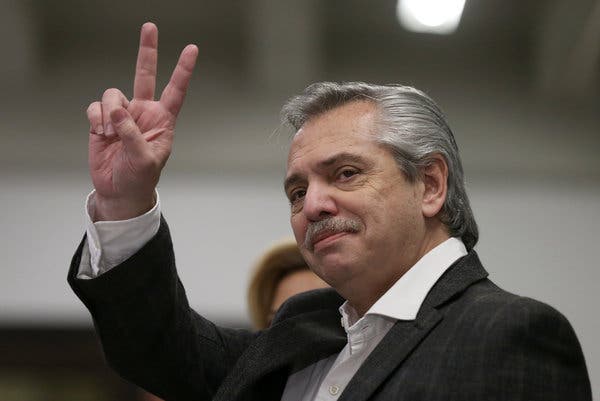 Killing unborn babies in abortions is now legal in the country of Argentina.

“Today we have a better, more equal society,” Fernandez said. “This is a great step towards equal rights, giving women the possibility to decide.”

However, the new law destroys unborn babies’ rights. It allows unborn babies to be aborted for any reason up to 14 weeks of pregnancy and later in cases of rape or dangers to the mother’s life or health. It allows girls as young as 14 to get secret abortions without their parents’ knowledge or consent and forces medical providers to either abort unborn babies or refer women to someone who will.

The Argentine congress passed the legislation in December, ignoring strong public opposition from the country’s citizens and Pope Francis, the former archbishop of Buenos Aires.

Fernandez, who introduced the pro-abortion bill last year, said the new law marks “the culmination of a long struggle” to decriminalize abortions and make them safer for women, according to Merco Press.

“I have been able to honor my word, to keep a campaign promise,” he said Thursday.

The president repeatedly has argued that legalizing the killing of unborn babies is a health matter, citing questionable statistics about the number of women who have died from illegal abortions in his country.

Legalizing abortion does not save lives or help women. Abortions destroy unborn babies’ lives and often harm mothers physically or psychologically. Pro-abortion groups often overestimate the number of illegal and unsafe abortions that occur in countries across the world.

Growing research also indicates that access to basic health care, not abortion, is what really helps improve women’s lives. For example, in 2018, Michelle Oberman, a Santa Clara University law professor, told the Atlantic that she was surprised when she began doing research on abortion in El Salvador. Abortions are illegal there, and she said she expected to find hospitals full of women dying from botched abortions, but she did not. According to Oberman’s research, better medical care, along with an increased availability of abortion drugs online, are leading to fewer maternal abortion deaths.

A recent Washington Post fact check also found what pro-life advocates have been saying for years: that, in the United States, few women died from abortions in the decade prior to Roe v. Wade, and a rise in the use of antibiotics appears to be the biggest factor in the drop in maternal deaths, not legalized abortions.

Most countries in Central and South America protect unborn babies from abortion. Until now, Argentina only allowed abortions in cases of rape or threats to the mother’s life. Abortion advocacy groups, backed by some of the richest men in the world, hope the vote in Argentina will prompt neighboring countries to legalize abortions as well.