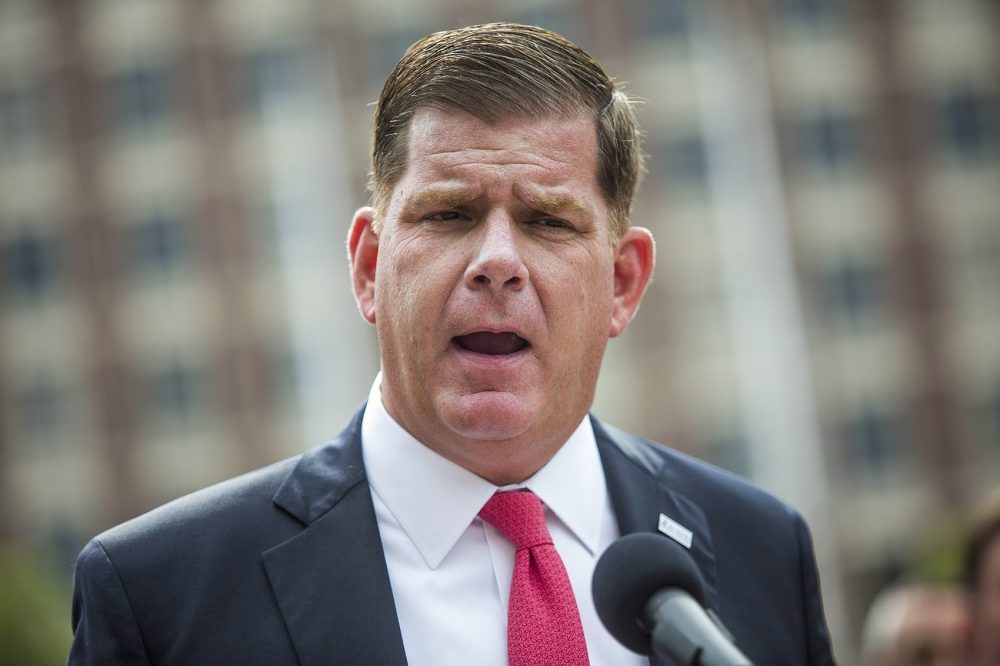 Boston Mayor Marty Walsh, who named a street after an abortionist who allegedly suffocated a baby in a botched abortion, soon may be the secretary of labor in President-elect Joe Biden’s administration.

Biden announced Walsh as his choice Thursday, the latest in a growing line of pro-abortion Democrats slated to fill his cabinet, CNS News reports.

Walsh has been the mayor of Boston since 2014. Previously, he worked as a state lawmaker and as a union leader, according to the report. Though Catholic, he has a long record of supporting the killing of unborn babies in abortions.

C.J. Doyle, executive director of the Catholic Action League of Massachusetts, described Walsh as “the most militantly pro-abortion mayor in the history of the City of Boston.”

Walsh supports abortions without restriction and taxpayer-funded abortions. In 2016, amid growing speculation that the U.S. Supreme Court may overturn Roe v. Wade, he said he wanted to make Boston a “safe city” for abortion.

“I think a lot of the [abortion] clinics would probably look to cities like Boston to come to, safe cities, cities that are open and progressive and understand the importance of having access,” Walsh told Herald Radio at the time. “That is something I am sure we will be focusing on as we move forward in the next weeks and months.”

A few months later, Walsh showed his support for abortion symbolically by renaming the city’s Worcester Square in honor of abortionist Kenneth Edelin. In the 1970s, Edelin was accused and convicted of but later exonerated for allegedly suffocating a newborn baby in a botched abortion, CNS News reports.

In February of 2016, Walsh received the “Men for Choice” award from NARAL Pro-Choice Massachusetts. NARAL cited Walsh’s opposition to pro-life crisis pregnancy centers in Boston. That same month, in an interview with The Boston Globe, Walsh promised that he would never again use the term “personally pro-life.”

As a state representative in 2007, Walsh voted for speech-free buffer zones around abortion clinics. He received a 100% rating from NARAL during his final year in the legislature. During his re-election campaign for mayor in 2017, Walsh was endorsed by the Planned Parenthood Advocacy Fund of Massachusetts. It was the first time that Planned Parenthood had ever endorsed a Massachusetts mayoral candidate in its history.

More recently, Walsh advocated for a new pro-abortion law that expands late-term abortions in Massachusetts and allows underage girls to get abortions without a parent’s knowledge or consent. The state legislature passed the law Christmas week, despite a strong public outcry against it.

Doyle said Americans should not be surprised by Biden’s choice; both he and Walsh are pro-abortion Democrats who claim to be devout Catholics.

“Walsh embodies Biden’s idea of what American Catholic government official ought to be — an assimilated conformist to elite secular culture who rejects, as extraneous to public discourse and alien to democratic governance, the scriptural precepts, and natural law traditions of Christian morality,” he said.

Biden’s cabinet choices for the U.S. Department of Health and Human Services and U.S. Department of Commerce also are pro-abortion Democrats who identify as Catholics. Rhode Island Gov. Gina Raimondo, soon to be the commerce secretary, signed a law in 2019 legalizing abortions for basically any reason up to birth in her state, and California Attorney General Xavier Becerra, a radical pro-abortion politician who is trying to put pro-lifers in jail, is slated to lead HHS.

Earlier, Biden chose a New Mexico congresswoman who was accused of defaming pro-life teenagers at the March for Life as his secretary of the interior. His choice for chief of staff, Ronald Klain, recently described himself as a “soldier” in the army of the radical pro-abortion group NARAL.

Biden’s positions on abortion are radical and out of touch with most Americans.

In April, he called abortion an “essential medical service” during the coronavirus pandemic. Among other things, his national health care plan would expand abortions by forcing insurance companies to cover abortions as “essential” health care under Obamacare.

He also promised to restore funding to Planned Parenthood, which does more than 345,000 abortions annually, and end the Hyde Amendment, which prohibits taxpayer funding for elective abortions through Medicaid and other programs.