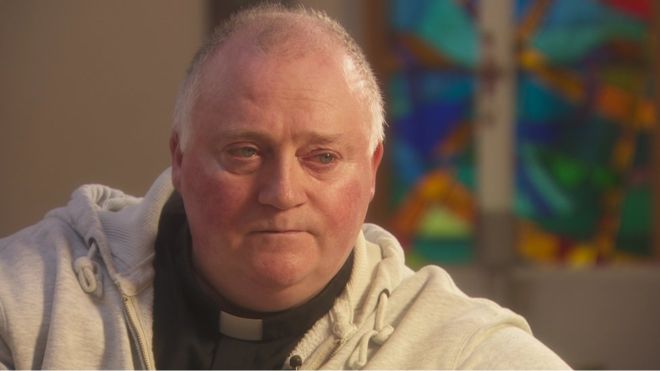 A Northern Ireland Catholic priest said it is “sacrilegious and an abuse of the Sacrament” when pro-abortion politicians like Joe Biden receive communion.

Writing at The Irish News, Father Patrick McCafferty of Corpus Christi Parish in Belfast addressed the growing debate among Catholic leaders about the next president of the United States and his support for killing unborn babies in abortions.

Biden has touted himself as a devout Catholic who cares about the most vulnerable in society. But Democrat leader also hypocritically champions positions that contradict the teachings of his faith and jeopardize the lives and freedoms of millions of Americans, the worst being his plans to expand abortions and force taxpayers to fund them.

“It is not enough to say: ‘I have faith,’” McCafferty wrote. “Our behaviour and actions must be in harmony with what we profess with our lips (Matthew 15:8). Hence there are grave difficulties with President-elect Biden receiving the Eucharist, as well as other public figures … who profess a form of ‘Catholicism’ (2 Timothy 3:5).”

He said Pope Benedict XVI warned against giving communion to pro-abortion leaders who refuse to repent of their evil ways.

Writing in 2004, Benedict (Cardinal Joseph Ratzinger at the time) said pro-abortion leaders should not present themselves for communion unless they ask forgiveness for supporting the killing of unborn babies in abortions. If they show “obstinate persistence,” he said the priest “must refuse” to give them communion because they are in “manifest grave sin.”

Furthermore, it is sacrilegious and an abuse of the Sacrament. It gives grave scandal to the faithful. It makes a mockery of the Church’s faith in the Holy Eucharist.

Some who seek to justify pro-abortion politicians presenting themselves for the Eucharist have quoted Pope Francis’s saying “the Eucharist is not a prize for the perfect”.

And most certainly it is not; we approach the Lord profoundly conscious of our sinfulness. None of us is worthy.

But we do not dare to come to Him, in brazen and public defiance of His laws, calling what is evil ‘good’ (Isaiah 5:20).

Responding to accusations that Catholic leaders are making the Eucharist a “political football,” McCafferty said the opposite is true. He said pastors are doing what God requires of them, understanding that a person’s soul and eternal salvation are at stake.

“If a pro-abortion politician obstinately persists in presenting to receive Holy Communion, it is he or she who is making a ‘political football’ of the Blessed Sacrament,” he wrote.

In recent months, Rhode Island Catholic Bishop Thomas Tobin, Bishop Samuel Aquila of the Archdiocese of Denver, Colorado, Philadelphia Archbishop emeritus Charles Chaput and others also have said they do not think Biden should receive communion unless he repents.

Some Catholic leaders, however, disagree. In November, Cardinal Wilton D. Gregory of Washington, D.C. said he will not refuse to give communion to Biden.

If Biden does what he promised, abortions could increase across America. Not only does Biden plan to codify Roe v. Wade into federal law in case the U.S. Supreme Court overturns it, he also wants to end the Hyde Amendment and force taxpayers to pay for elective abortions.

About 900,000 unborn babies are aborted every year in America, and about 62 million have been aborted since 1973 when the U.S. Supreme Court forced states to legalize abortion on demand. Without the Hyde Amendment, researchers at the Charlotte Lozier Institute predict 60,000 more unborn babies could be killed in abortions each year.