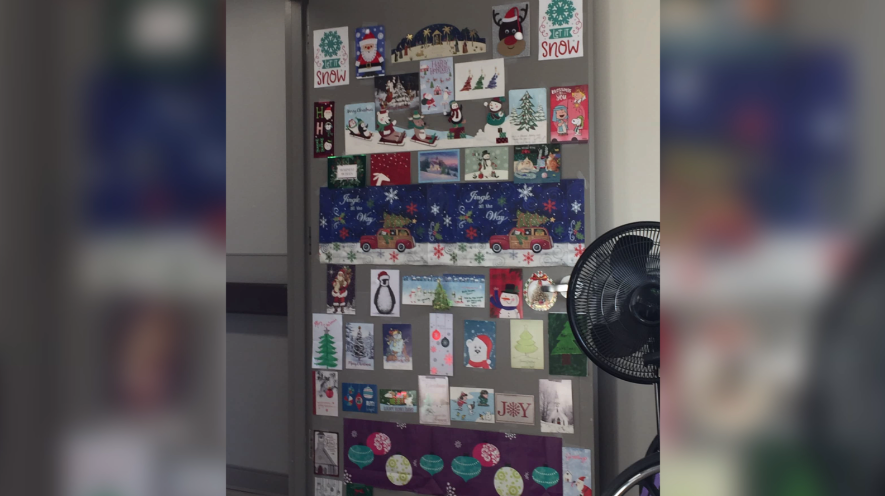 Good news exists – even if it rarely appears in the media.

During Christmas time, local news outlets are reporting on the goodness of humanity, from strangers flooding a lonely grandmother with Christmas cards to a couple of eight year olds deciding that what they want for Christmas is to help others in need.

Here are seven stories exemplifying the Christmas spirit – and demonstrating that the little things sometimes matter the most.

Susan Wendt, a nursing home resident in Rhode Island, felt alone this holiday season. That’s when she decided to ask for help.

“I have no close family here so it gets really lonely and can get depressing,” she told NBC 10 News. “We’ve been dealing with COVID since March, so nobody could come visit me even if they wanted to.”

“To be honest, I was feeling sorry for myself,” she said. “So, I thought, what if I had maybe 20 cards so I could decorate my room and make it look Christmas-y.”

The grandmother received so many cards that she’s sharing them with the other residents.

“I’m missing my grandchildren so bad and now I’m getting cards from schools, from kids all over the place,” Susan said.

“And people say there’s no love in this world,” she concluded. “They are wrong.”

Located in Florida, Kathy Jones started an effort to donate and deliver more than 100 decorated Christmas trees. One of them went to Cheryl Daly, who was unemployed last month.

While Cheryl’s tree “didn’t have an angel on top, she says it was delivered by one,” WESH 2 News reported.

Christmas is a holiday that stands out to Kathy: “Christmas for me is all about Christ,” she explained.

This year, Flynn Bogue of Pennsylvania decided that for Christmas he wanted to help other, less fortunate children.

“I saw that I had everything that I needed and that I wanted, so I thought ‘Oh, I’ll just help kids,’” he told WNEP.

To do that, he came up with a plan, his mother, Mandy, said.

“He said ‘You know, I hear you and papa talk a lot about people who are losing their jobs because of COVID and that Christmas isn’t going to be great for everybody this year,’” she said. That’s when her son asked, “What if we created our own candy cane scented hand sanitizer and sold it so that I could buy toys for kids whose families were affected by COVID this year?”

Three mothers in Texas – Katie, Jennifer, and Jamye – collected donations from more than 50 people for mothers of premature babies at a local hospital this Christmas. They used the funds to put together stockings full of gifts including lotion, snacks, and gift cards.

“It’s been a blessing for me, and we know exactly what it’s like because we were there years ago,” Jamye Read told KLTV 7. Katie Skinner added, “If we could just take one thing off their plate, that’s what we feel called to do.”

Eight-Year-Old Spends Savings on Those in Need

Apryl Twaddell of Colorado didn’t want presents of her own this Christmas. Instead, she told her mom, “I want to help the people who need it most for Christmas.”

“She took money from her piggy bank and we matched her,” her mother, Loretta, told KOAA News5.

The family gave away toiletries, food, blankets, and other supplies to those in need, including to a local organization that offers shelter to homeless youth.

“I feel good, because we’re doing God’s work, and that’s what matters, is love,” Apryl said.

Community Pitches in to Help Boy with Down Syndrome

Kaden Buck of Ohio has a passion for basketball. That’s why the parents of the 17-year-old with Down Syndrome looked into building a half-court in their backyard.

“I made a post on Facebook social media just saying, you know, ‘Does anybody have any recommendations for a concrete company that you trust to come out and give us a quote,’” his mother, Amanda, told Fox19 Now.

But instead of receiving quotes, companies approached them, offering to donate their services for free.

“Honestly, we were sitting out there watching them yesterday, and when it first started it was just three guys and then more and more people started showing up, and then the concrete truck pulls up and before I knew it, there’s like 15 guys,” Kaden’s mom said. “And it was overwhelming, the tears, I mean we’ve never really been on this end of generosity before.”

This Christmas, Leanne Shinkle of West Virginia decided to surprise Arthur Taylor, a homeless man she knew when she previously lived in Ohio. For years, he lived under a bridge near where Leanne once worked.

Arthur was a friendly face and even protected Leanne “numerous times when she was getting harassed walking from work to her car,” WLWT reported.

In October, she asked friends to help create a care package for him.

She returned to Ohio to discover Arthur had found housing through an organization that helps homeless adults battling mental illness. There, she gifted Taylor with presents including a new watch, coat, and $1,000.

In response, Arthur broke down sobbing. Among other things, he plans to share the money with other homeless individuals. Leanne called him her inspiration.

“It’s especially hard because I’ve been laid off twice in 2020,” she added, “but there’s people like Arthur in your life that always remind you that there’s things to still be thankful for.”