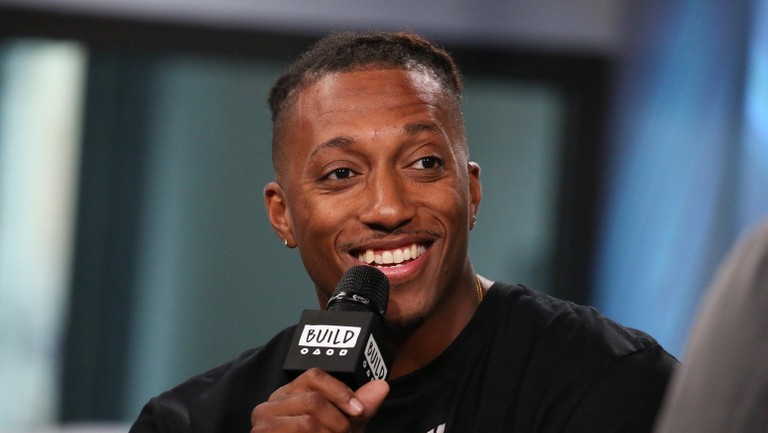 Christian hip-hop artist Lecrae is facing criticism on social media for his recent comments on abortion. But his story highlights a message that pro-lifers have long repeated: That Americans all too often choose abortion because they feel like it’s their only choice – a necessity.

Earlier this month, Lecrae published a video where he shared his “thoughts about abortion,” including the abortion of his own unborn child. The Grammy award-winning singer, who boasts more than a million fans on social media, repented the abortion years ago. But now he’s exploring why he and his previous girlfriend once considered abortion “our only option” – and how he wants to combat abortion as a whole.

Lecrae’s story is why the pro-life movement supports thousands of pregnancy centers that provide millions of pregnant women, new moms, and their children with essential medical, educational, and support services. While these centers are frequently ignored or vilified by media figures and abortion groups, they empower women to choose life.

“I can only speak as someone who has, on one side, pushed for my girlfriend to have an abortion and on the other side, somebody who has strong feelings as it pertains to the unborn,” Lecrae began on December 3.

He identified as pro-life, saying that he had a “million reasons to be pro-life,” or “to care for the unborn.” One of those reasons was rooted in his faith. Lecrae cited the Bible, including Jeremiah 1:5 (“Before I formed you in the womb I knew you”) and Psalm 139:14 (“I am fearfully and wonderfully made”).

But he acknowledged that not everyone is the same. According to Lecrae, the pro-life movement is “nuanced” in how different members challenge abortion.

“Everyone is not outside of an abortion clinic protesting with graphic images,” he said. “There are pro-life organizations who focus on counseling women, finding them good health care, working with them for adoption.”

He identified with the latter. That’s largely because of his personal experience with abortion – where he and his girlfriend felt like abortion was their only option.

“As a young man fresh out of my teens, I was not financially stable,” he said. Among other things, he and his girlfriend came from struggling, single-parent homes and they themselves “didn’t have the financial capabilities to take care of a child.”

“I was working at a call center, smoking cigarettes, trying to figure out what I was going to do with my life,” he said. “She didn’t even have a job – she was in-between jobs.”

He also pointed to a lack of family support.

“It’s not like we’re coming from these nuclear, strong nuclear families who are like, ‘We’ll step in and help you take care of this child,’” he continued.

“No advocate stepped forward to help us or to navigate this. There were no organizations. It was just – we didn’t know,” he said. “And so for that reason alone, we saw this as our only option. And that pains me to say, that was our only option in our mind.”

Because of this, he said, he’s “more passionate about engaging the environments that allow abortion to thrive in.” In other words, he saw abortion as a moral issue and as a “social-economic issue.”

He also pointed to “compounded issues” that impact abortion, from senseless violence to incarcerated fathers.

“There’s so many circumstances that come into play and you’re saying, ‘Hey, don’t terminate the life of the child,’” he said.

While Lecrae is right that many issues impact abortion, the reverse is also true: abortion damages society and the family by contributing to a throwaway culture where the human person is regarded as disposable rather than as a life of inherent dignity and worth.

“You begin to address all these barriers,” he said, like health care, “then you begin to put in the minds of individuals that, ‘Hey, this is doable.’”

He argued that making abortion illegal wasn’t enough to create a culture of life.

“Some of us will say, ‘Well, let’s just make it illegal.’ Murder is illegal. Still happens every day,” he said. “Should it be illegal? Yes, murder should be illegal. But what I’m telling is that if you make murder legal as we’ve seen, it doesn’t mean murder stops.”

“It may be the right thing to do to advocate for the end of murder, but that does not absolve the problem,” he added.

But “I by no means am sitting here telling you I have this whole thing figured out,” he stressed at one point. And if listeners found “holes” in his arguments, he invited them to “feel free to address them.”

That happened last year in regards to abortion, when pro-life leaders challenged Lecrae after he tweeted that “I just don’t seem to hear the voices crying against the murder of children inside the womb, crying about those outside the womb.”

While the media rarely report it, pro-life Americans dedicate their lives to helping those in need before and after birth, from babysitting to adopting or fostering children.

But even if Lecrae missed that, it’s clear that he condemns – and regrets – abortion. In his 2014 song Good, Bad, Ugly, he sings about his experience.

“Heard a heart beat that wasn’t hers or mine,” he sings, “The miracle of life had started inside.”

“I’m thinkin’ me myself and I / Should I sacrifice this life / To keep my vanity and live nice,” he adds. “But I was too selfish with my time / Scared my dreams were not gone survive / So I dropped her off at that clinic / That day a part of us died.”