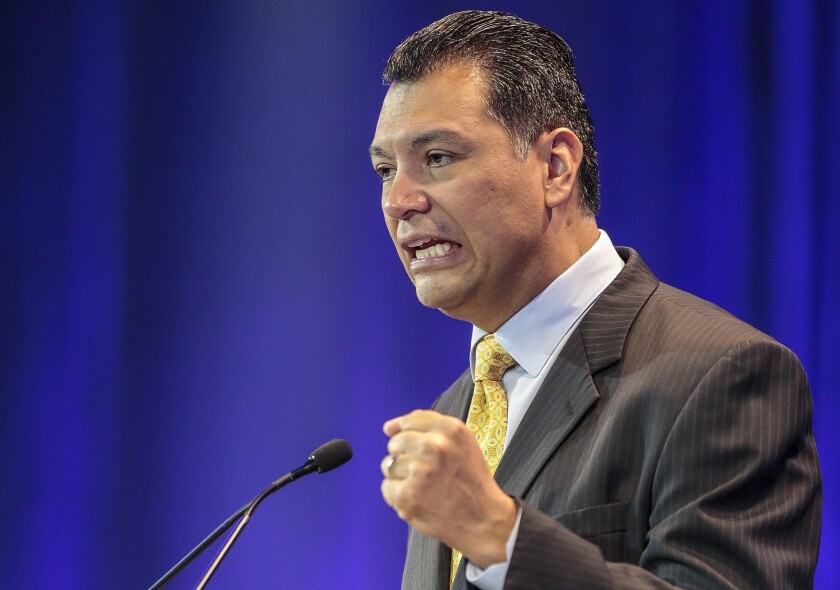 Gov. Gavin Newsom announced Padilla as his choice for the position Tuesday. Padilla is the California Secretary of State and a former state senator. Like Harris, the vice president-elect, he has a long history of supporting abortion on demand.

“In this moment of health care crisis, we at [Planned Parenthood] can’t wait to get to work with Senator (!) @AlexPadilla4CA — a longtime, unapologetic champion of sexual & reproductive health & rights …” said Yasmin Radjy, the national political director for Planned Parenthood’s political arm, this week.

Radjy said Padilla has a “strong track record of partnership” with Planned Parenthood abortion activists in California. Planned Parenthood is a billion-dollar abortion chain that aborted more than 345,000 unborn babies last year. It spent at least $45 million to support pro-abortion Democrat Joe Biden and other pro-abortion candidates in the November general election.

Among Planned Parenthood’s top political priorities is ending the Hyde Amendment and forcing taxpayers to fund elective abortions through Medicaid. In the U.S. Senate, Padilla would join other Democrat leaders in supporting this action.

Among his anti-life actions, Padilla opposed a 2008 California ballot initiative that would have required parental consent before underage girls could get abortions.

According to CNA, he also wrote a bill in 2008 to “bolster enforcement of the state’s pro-abortion law that criminalized certain ‘anti-reproductive rights’ acts” and “mandated guidelines for the training of law enforcement in ‘the investigation and reporting of cases involving anti-reproductive-rights crimes.’”

Padilla himself also has made it clear that he supports abortions without limits.

“Proud to be, and always have been, 100% pro-choice because a woman knows what’s best for her own health,” he wrote in 2013 on Twitter. Then, in 2018, he wrote, “A woman’s right to choose what happens to her own body is not negotiable.”

Padilla is known in California as the official who tried to keep President Donald Trump off the ballot, by pushing a law that would have required any candidate running for president to publicly release their IRS tax forms for the past five years to appear on the state ballot. The law was clearly targeting the president. A federal judge blocked the law, ruling that it “likely violate[s] the Constitution and the laws of the United States.”