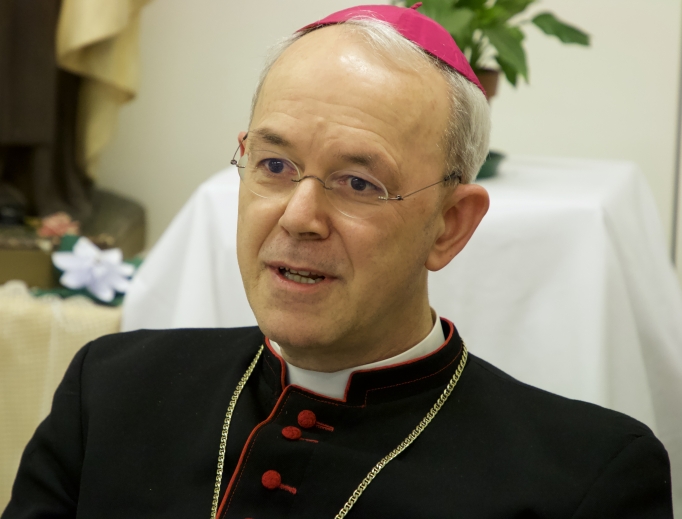 Pro-life and Christian leaders are in disagreement about the morality of being vaccinated with new COVID-19 vaccines that were developed using cells from aborted babies.

All three of the currently available vaccines for the coronavirus used cells from aborted babies in some part of the process. The vaccine by AstraZeneca has the most direct connection to abortion. It was developed with cells from an aborted baby’s kidney, though the cells are not in the actual vaccine.

Part of their reasoning is that no ethically produced vaccines are available yet, and the vaccine will help save lives.

But Bishop Athanasius Schneider of the Archdiocese of St. Mary in Kazakhstan in Eastern Europe, said even the vaccines with remote connections to abortion are unethical.

“The crime of abortion is so monstrous that any kind of concatenation with this crime, even a very remote one, is immoral and cannot be accepted under any circumstances by a Catholic once he has become fully aware of it,” Schneider wrote at Crisis Magazine this week.

Schneider said the Catholic leaders who defend taking the two vaccines argue that Catholics may morally use vaccines with connections to abortion “in exceptional cases and for a limited time, on the basis of what in moral theology is called remote, passive, material cooperation with evil.”

But Schneider said the argument – even if there is no alternative vaccine – “is in itself contradictory and cannot be acceptable for Catholics.” He said such an act would be “benefiting from the ‘fruits’ of one of mankind’s greatest crimes.”

Creating a vaccine with cells from aborted babies is “a double violation of God’s holy Order: on the one hand, through the abortion itself, and on the other hand, through the heinous business of trafficking and marketing the remains of aborted children,” the bishop wrote.

Any link to the abortion process, even the most remote and implicit, will cast a shadow over the Church’s duty to bear unwavering witness to the truth that abortion must be utterly rejected. The ends cannot justify the means. We are living through one of the worst genocides known to man. Millions upon millions of babies across the world have been slaughtered in their mother’s womb, and day after day this hidden genocide continues through the abortion industry, biomedical research and fetal technology, and a push by governments and international bodies to promote such vaccines as one of their goals. Now is not the time for Catholics to yield; to do so would be grossly irresponsible. The acceptance of these vaccines by Catholics, on the grounds that they involve only a “remote, passive and material cooperation” with evil, would play into the hands of the Church’s enemies and weaken her as the last stronghold against the evil of abortion.

Schneider criticized society for making physical health a religion – “in this case, through a vaccine based on the death of another human life.”

He urged people to resist and demand an ethically produced vaccine.

“… we must proceed with the hope and conviction that alternatives exist, and that human ingenuity, with the help of God, can discover them. This is the only way to pass from darkness to light, and from death to life,” he concluded.

Vaccine producers are listening to pro-lifers’ concerns. In September, the company Sanofi-Pasteur announced plans to produce a new, ethically-developed polio vaccine. The project will replace an older polio vaccine that was developed with cells from an aborted baby, according to the Catholic News Agency. Sanofi-Pasteur is one of the largest vaccine production companies in the world.