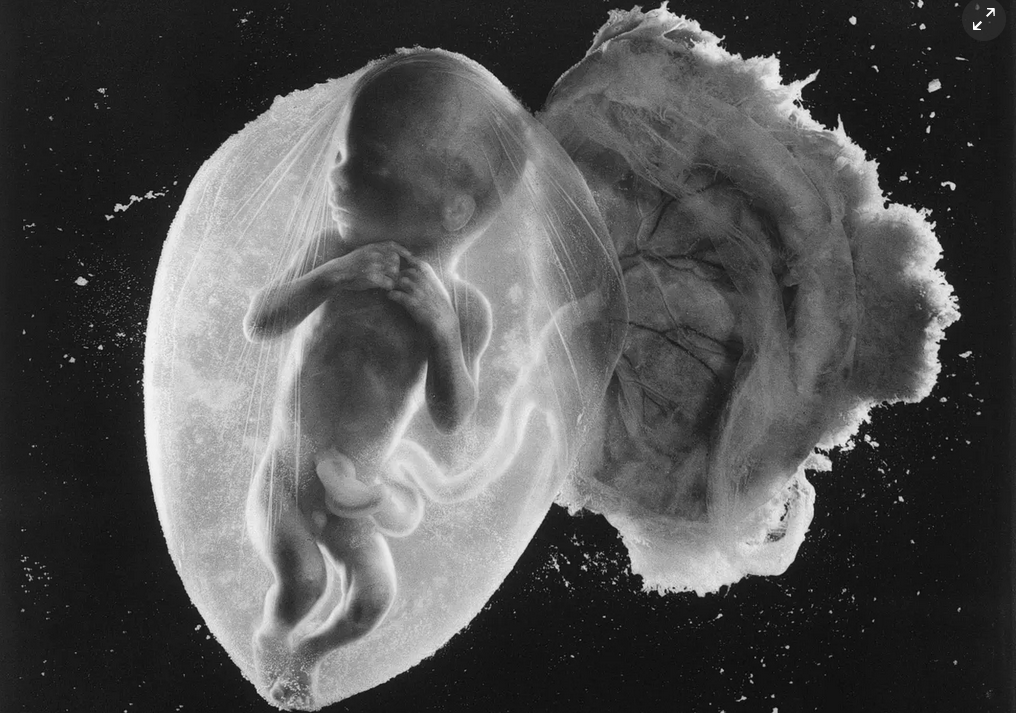 Let’s see if I get this correct. When pro-abortionists find something—anything—they think can further the process of desensitizing the public to the horrors of abortion, it is “real science.”

When we are offering is irrefutable, we’re said to have “hijacked” it.

Enter “The Iconic Photo Hijacked By the Anti-Abortion Movement,” by Amarens Eggerat, whose grumpy piece for VICE Netherlands was  reposted for an American audience here.

Pro-life veterans would guess, correctly, that she is referring to “Swedish photographer Lennart Nilsson’s book of photography A Child Is Born, which became a global sensation after appearing in Life magazine in 1956 [she means 1965] Nilsson captured extreme closeups showing the different stages of human development, from fertilised egg to fully-formed baby.”

It’s been almost four years since the passing of Nilsson, a photojournalist extraordinaire.  As we have written dozens of times, the impact of the cover of Life magazine is incalculable.

The cover–“Fetus, 18 weeks”—continues to receive a well-deserved second look as “one of the 20th century’s great photographs,” to quote Charlotte Jansen, writing for the British (and very pro-abortion) newspaper, The Guardian in 2019.

In April 1965, Life magazine put a photograph called Foetus 18 Weeks on its cover and caused a sensation. The issue was a spectacular success, the fastest-selling copy in Life’s entire history. In full colour and crystal clear detail, the picture showed a foetus in its amniotic sac, with its umbilical cord winding off to the placenta. The unborn child, floating in a seemingly cosmic backdrop, appears vulnerable yet serene. Its eyes are closed and its tiny, perfectly formed fists are clutched to its chest.

So to return to Amarens Eggerat, how is it that pro-lifers “hijacked” the photo? I’ve read the article several times and I’m still stumped.

The best I can gather is that it’s not so much what pro-lifers did with what came to be known as the  “Nilsson photos,” as it is how the photos were one of the very earliest “windows on the womb.”

To be sure, she does babble on about

The colour photographs were one of the first representations of the miracle of life, and really gave viewers the impression they were staring directly into the womb, looking at a foetus calmly floating around like a little astronaut.

But since, “In reality, Nilsson photographed miscarried and aborted foetuses,” somehow decades later that should offset the impact on countless millions of mothers and fathers as they happily look at a four-color ultrasound of their unborn baby.  Or at least make it suspect, to the likes of Amarens Eggerat.

Again, Eggerat’s real gripe is less with us then it is with the transformative power of ultrasounds to change the way we understand the unborn child. Read this convoluted paragraph:

And then, the public window into women’s private domain became political. Before ultrasound technology, anti-abortion activists often relied on religious or moral arguments against safe access to abortions. But the powerful imagery of prenatal scans helped them strengthen their cause –triggering people’s protective instincts towards what looked like a tiny unborn child.

She is recycling pro-abortion nonsense about how ultrasounds somehow made women “invisible” because they “could only be interpreted by specialists.” In a distorted sense, that may have been partially true in the 1970s and 1980s, but no one has to tell parents of unborn babies what they see on the screen today.

We were at a banquet Saturday night for a Pregnancy Help Center. The medical director showed us ultrasounds from the 1970s, 2000s, and today. You can see the baby’s head, fingers, and toes in extraordinary detail.

The effect on the audience was absolutely stunning. You could hear an audible murmur in the room.

No one “hijacked” anything, although pro-abortionists continue to flail away,  trying to persuade themselves that “triggering people’s protective instincts towards what looked like a tiny unborn child” is somehow wrong.

Earth to Eggerat, it is the most natural response in the world.