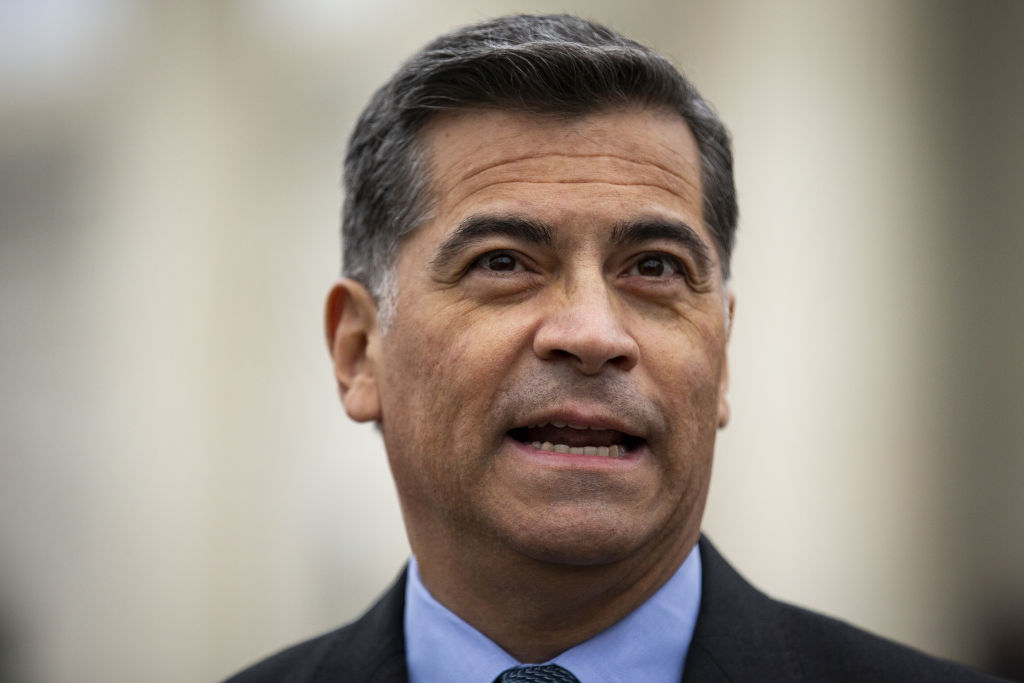 Telemundo News, in a report that downplayed his atrocious persecution of what reporter Cristina Londoño called the “so-called pro-lifers”, fawned over the selection of former congressman Xavier Becerra to head the Department of Health and Human Services.

The lengthy report lauded the nomination as one that “fills Latinos with hope because he is one of our own in a key position”, and described Becerra as “expected to be the number one advocate for the communities that need it most”- but concealed from viewers Becerra’s willingness to wield the powers of the state as a sword against pro-lifers.

JOSE DIAZ-BALART: Xavier Becerra’s nomination as (HHS) Secretary in Joe Biden’s upcoming administration fills Latinos with hope due to the arrival of one of our own to a key position, in the midst of one of the worst health crises in the history of this country. Cristina Londoño joins us from Washington. Cristina, (is this) an appointment that is both hopeful and surprising?

CRISTINA LONDOÑO: Of course, José, because Xavier Becerra was not notable for having experience in healthcare issues. He had stood out more for his defense of immigrants, minorities, and in criminal justice issues. But since replacing Kamala Harris as California’s attorney general, he has led dozens of states in the fight against the Trump Administration to defend Obamacare. And now, during the pandemic, he is expected to be the number one advocate for the communities that need it the most.

LONDOÑO: But not everyone is cheering for him. Becerra has been a defender of the right to abortion and the so-called pro-life groups say his appointment is an affront to morality.

Missing from this report – and all of the Telemundo, Univision, CNN en Español and Estrella TV reports monitored by MRC Latino on Monday, December 7, 2020, when Becerra’s pick was announced – is any mention of his appalling record against defenders of life, including his malicious prosecution of The Center for Medical Progress and its founder David Daleiden, who filmed an undercover video series exposing Planned Parenthood’s (illegal) conspiracy to traffic in fetal body parts, including the performance of abortion procedures that would best preserve the body parts to be harvested and sold.

In addition, not a word was mentioned about Becerra’s unsuccessful bid to force the Little Sisters of the Poor to violate their faith by paying for medical insurance that provides contraceptives and abortions, or about his involvement in Bill Clinton’s infamous Pardongate, where he successfully sought to secure a presidential commutation for a drug trafficker friend — and campaign donor — in 1994.

This goes to show just how biased the Spanish-speaking media are when it comes to securing their audience, fed by a steady flow of immigrants into the country – this time by slobbering over an enemy of life and of the First Amendment, just because he, as Londoño said, is a “defender of immigrants”.

Let advertisers like McDonald´s know about the bias they sponsor in the Hispanic Media.