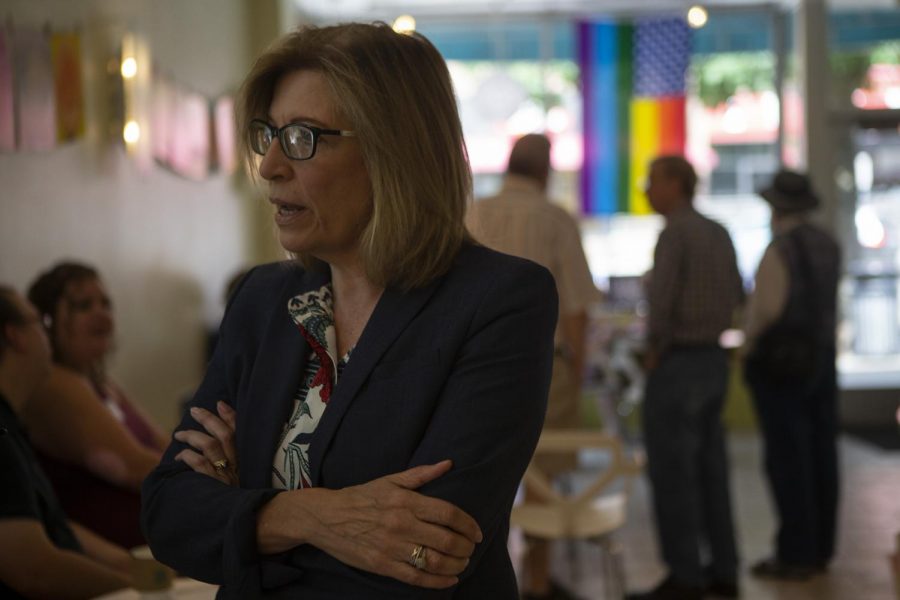 A pro-abortion Democrat congressional candidate is trying to steal the victory away from a pro-life doctor who defeated her by just six votes.

A state board certified Iowa Republican Mariannette Miller-Meeks as the representative-elect of Iowa’s 2nd Congressional District over Rita Hart (pictured), to replace a retiring Democrat who supports abortion.

All 24 counties conducted a recount of results in Iowa’s Second Congressional District and the official numbers following the recount show Mariannette Miller-Meeks winning over Rita Hart by six votes, 196,964-196,958.

It’s the closest race in the country but now hart is trying to steal the election away from the pro-life physician by asking the House of Representatives to get involved.

Derek T. Muller, a professor at the University of Iowa College of Law and a designee of Mariannette Miller-Meeks on the Johnson County recount board, describes more about what is happening:

I had the privilege of serving as one of Miller-Meeks’s designees to the recount board in Johnson County. Recount boards are three-member panels with a designee from each candidate, plus a neutral third person jointly selected. Ballots were counted publicly and transparently to all observers. The recount board reaches most decisions unanimously, but divided 2-1 decisions occasionally occur.

Each county’s recount board decided on how to proceed with the recount. In some counties, the board unanimously agreed to a machine recount, running the ballots through a counting machine and reporting the totals. We picked a different procedure in Johnson County. We worked for eight straight days, looked at every one of the 84,197 ballots by hand with our own eyes, and tallied the results.

After the recount yielded a six-vote victory Miller-Meeks, Iowa certified the results Nov. 30. Hart had two days to file a contest in the Iowa courts. A special five-judge court led by Chief Justice Susan Christiansen and four district court judges would have reviewed questions about errors in the tabulation or the omission of legal votes from the tally.

But this court’s deadline would have been short — the court would have needed to issue a decision by Dec. 8. That would have been enough time to look at a handful of disputed ballots, but probably not enough for a second recount, if Hart had asked for that.

Instead, Hart announced that she would skip this step and seek review in Congress. The Constitution guarantees, “Each House shall be the judge of the elections, returns and qualifications of its own members.” That means the House of Representatives is the final decision-maker about who was elected.

Muller says Congress typically defers to states to run their own elections and he says Miller-Meeks has a certificate of election showing that she is entitled to the seat. he explained that because hart didn’t file a lawsuit challenging the election that there is less of a reason for Congress to take the victory away from Miller-Meeks.

But with Nancy Pelosi and Democrats running the House and a massive battle over the presidential election dividing Democrats and Republicans even further, the House may try to give the election to Hart.

The national pro-life group Susan B. Anthony List (SBA List) celebrated the victory and informed LifeNews.com that Miller-Meeks is the 18th new pro-life woman elected to the U.S. House of Representatives this year, joining 11 returning incumbents.

Of the 18 newly-elected women, ten have flipped seats formerly held by pro-abortion Democrats.

“A record 29 pro-life women will serve in the House of Representatives in the next Congress: continued proof that life is winning in America,” said SBA List President Marjorie Dannenfelser. “These pro-life champions will serve as a brick wall against the radical pro-abortion agenda of Speaker Pelosi and pro-abortion Democrats dead set on taking out even modest protections for pro-life Americans such as the Hyde Amendment and similar legacy riders.“The exponential growth of pro-life women in the House is reflective of the fact that life has gone from being viewed as a political problem to a winning issue. These women have already done important work to expose the extremism of their radical pro-abortion opponents and we look forward to working alongside them to depend lifesaving law and policy in Congress.”

Iowa voters and pro-life Americans will be following the potential battle closely.