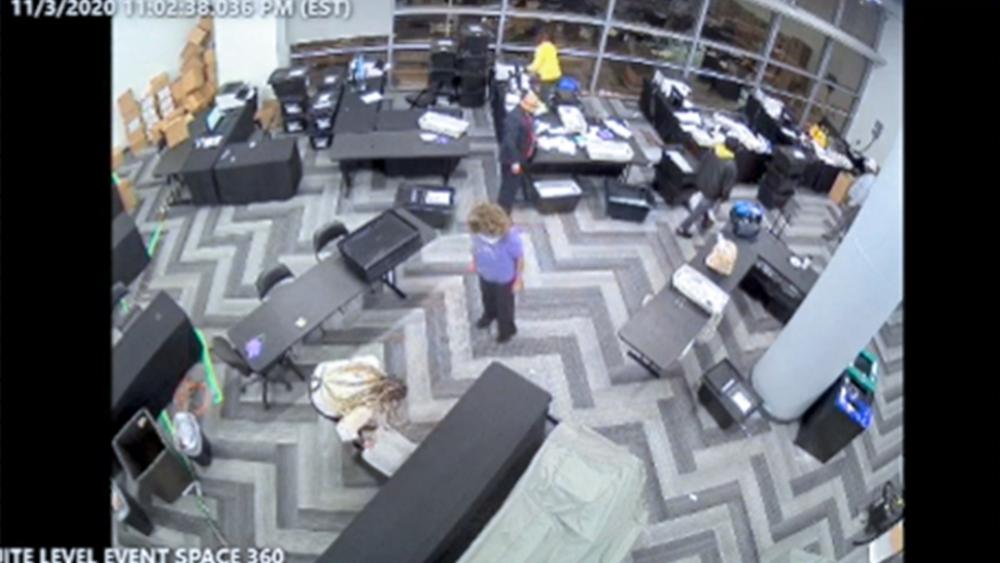 Georgia Gov. Brian Kemp said he wants a signature audit of the presidential election after a video surfaced yesterday that the Trump campaign says shows election officials counting secret suitcases full of ballots overnight hours after the election after poll watchers and the media had been told to go home.

Kemp told host Laura Ingraham in a Fox News town hall that he was upset after seeing a new video presenting during hearings in the Georgia Senate that appears to show what the Trump camp says are thousands of potentially illegal votes being counted in secret. Other sources say the ballots were not secret and part of the normal ballot counting process.

“I called early on for a signature. Obviously the secretary of state, per the laws in the Constitution, would have to order that. He has not done that. I think it should be done,” Kemp said of Georgia Secretary of State Brad Raffensperger.

“I think especially what we saw today, it raises more questions. There needs to be transparency on that. I would again call for that. I think in the next 24 hours, hopefully, we will see a lot more from the hearings that the legislature had today, and we will be able to look and see what the next steps are,” he added.

The video has gone viral on Twitter and has been shared by a Georgia congressman who also wants an investigation.

This looks like election fraud on a mass scale.

Fulton officials throw everyone out of the room and start counting ballots in secret.

At one of the state Senate hearings, attorney Jacki Pick described the video as it played on a screen. “The same person that stayed behind, the person that cleared the place out under the pretense that we are going to stop counting is the person who put the table there at 8:22 in the morning,” she said. “I saw four suitcases come out from underneath the table.”

The Trump legal team claims election officials sent election supervisors home before they began counting thousands of fake ballots for President-elect Joe Biden and the video shows briefcases full of ballots being pulled out from underneath a table.

Gabriel Sterling, a Republican who is in charge of Georgia’s voting system and has been at odds with the campaign over their tactics used in an attempt to win a handful of battleground states that went for Biden, said the video did not show any evidence of fraud.

He shared a “fact check” of the video and said that the Georgia secretary of state investigators have combed through the footage found that it “shows normal ballot processing.”

A few days ago, President Donald Trump’s campaign submitted a request to the Georgia Secretary of State for an audit of the absentee ballots cast during the presidential election, citing potential fraud that could invalidate tens of thousands of ballots.

For the fifth time, the Trump Campaign has requested that the Georgia Secretary of State perform an immediate audit of the signatures on all absentee ballot applications and absentee ballot envelopes received for the November 3rd General Election. The Trump Campaign estimates that between 38,250 and 45,626 illegal votes from the absentee ballots alone were cast in the state of Georgia – far beyond the Biden-Harris ticket’s current margin of 12,670 votes.

The Trump Campaign says it has substantial evidence of other violations of Georgia’s Election Code and numerous other serious discrepancies in voting across the state which call into question the validity of the Secretary of State’s certification of the presidential election.

Trump Campaign attorneys requested that the Georgia Secretary of State uphold his duty to preserve the legitimacy of his state’s elections, saying: “It is not possible for you to accurately certify the results in the presidential race from the November 3, 2020, election until and unless there is a thorough audit of the signatures, which we have now requested four times in writing prior to this request. You cannot in good faith conclude the ongoing statutory recount until you have instituted a signature matching audit,” said Ray S. Smith, III, Counsel to Donald J. Trump for President, Inc.

“Until the signatures are matched, the vote count in Georgia is a complete fraud,” added former New York City Mayor and Personal Attorney to President Trump, Rudy Giuliani. “There is no way of knowing which ballots are honest and which ballots are fraudulent.”

Meanwhile, Trump does not want pro-life conservative voters in Georgia to boycott the January Senate runoff elections. He wants every Republican voter to turn out to support pro-life Senators David Perdue and Kelly Loeffler.

President Donald Trump rallied the GOP Friday on Twitter, asking American conservatives to keep their eyes on the heated Georgia run-off Senate race for January and not to boycott the two Senate races, despite frustration among supporters over alleged fraud allegations.

He made the statement in response to a Newsmax tweet that Trump supporters in Georgia may consider boycotting the election in January. Trump said “no.”

The President, who is now the most influential leader in the Republican Party, regardless of the outcome of the 2020 election, said even though “the 2020 election was a total scam, we won by a lot (and will hopefully turn over the fraudulent result), but we must get out and help David and Kelly, two great people.”

He added, “otherwise we are playing right into the hands of some very sick people. I will be in Georgia on Saturday!”

Loeffler is facing a high-stakes runoff election against pro-abortion Democrat Raphael Warnock in January. Because Republicans hold such a narrow majority in the U.S. Senate, her seat is key to stopping Democrats from expanding late-term abortions and forcing taxpayers to pay for unborn babies’ abortion deaths.

Though Warnock is a Christian pastor, he supports abortion on demand and has the endorsement of the largest abortion group in America, Planned Parenthood.