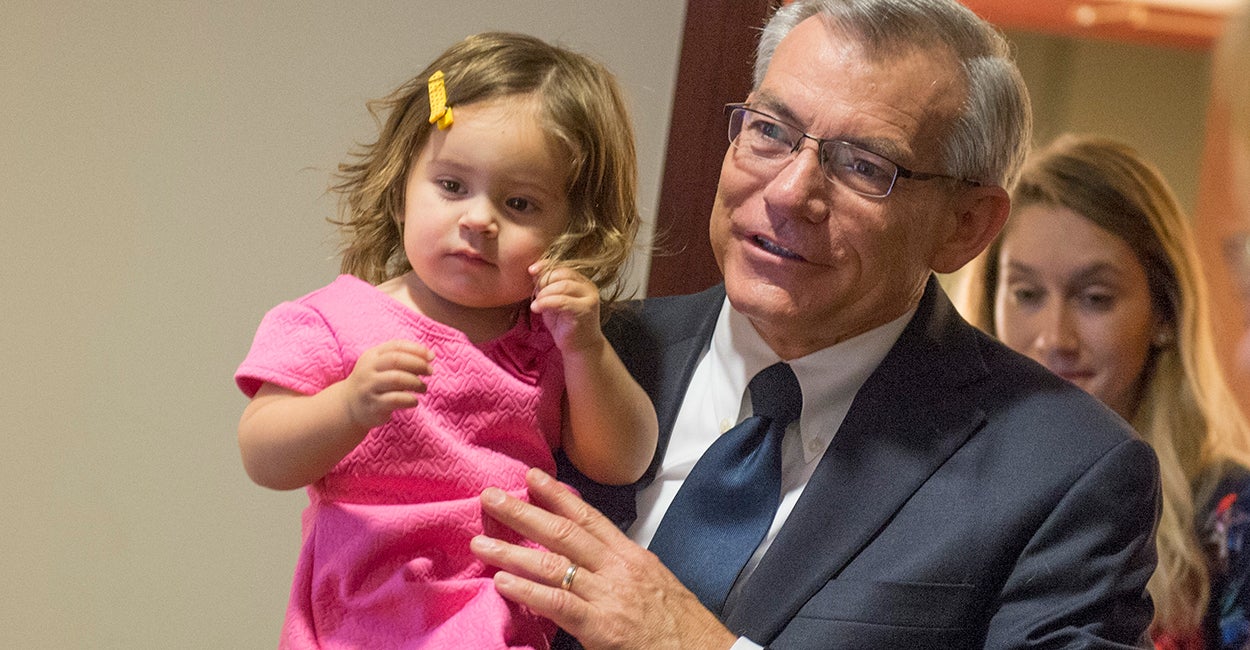 Rep. David Schweikert, R-Ariz., likely would not be alive today were it not for adoption.

An appreciation of adoption runs deep in the family. Schweikert’s father was adopted, as was the congressman, his two siblings, and his own young daughter. Schweikert’s personal experience with adoption led him to be a fierce advocate for children in need of a loving home.

“If you have a love and respect for life, [then] sometimes we have to be much more accepting of a little bit of the chaos that comes with it,” Schweikert said Monday during The Heritage Foundation’s virtual event “Adoption and Foster Care in America: No Time to Waste.”

From his own life experience, the congressman, who was elected Nov. 3 to a sixth term and whose 6th Congressional District includes northern Phoenix, has learned that it is not enough just to be pro-life.

Those who believe in and value life must also be pro-adoption in word and action, he says.

Years after he was adopted by his parents, Schweikert, 58, reconnected with his birth mother, who told him the story of how his own life was spared.

In the early 1960s, his mother was “in the car on their way to Tijuana [Mexico] …. to have an abortion,” the congressman said. “[My mother] broke down crying, almost hyperventilating, [so] the girls who were driving her turned around [and] took her back to her mom.”

Just a few months later, Schweikert’s mother gave birth and put him up for adoption.

Schweikert’s personal adoption story opened a panel discussion during Monday’s event with other child welfare advocates, who raised concerns about the opposition faced by some religious organizations, such as Catholic Social Services, in their efforts to serve children in need of a loving family.

The Supreme Court heard oral arguments Nov. 4 in the case of Fulton v. City of Philadelphia, which will determine whether Catholic Social Services of Philadelphia has the right to decline to place children with same-sex couples.

In March 2018, Philadelphia stopped placing children with families who were working with Catholic Social Services. The city told the religious organization that it had to change its placement policy to include homosexual couples if it wanted to continue providing adoption services there.

This was not the first time a Catholic adoption and foster care service has been excluded from serving vulnerable children over its belief in traditional marriage. Catholic charities in Boston and Chicago have been forced to halt adoption services, Paul Mulligan, president and CEO of Catholic Charities Community Services in Arizona, said during the event.

After the oral arguments last month, the Supreme Court “seemed to suggest … that these parties should be able to find some middle ground here that satisfies all parties. I would certainly hope that is the case,” Mulligan said.

He added that if Catholic adoption agencies are sidelined, “that is going to have a lot of implications on the well-being of our community.”

For 200 years, Catholic Social Services has served needy children in Philadelphia. The case before the Supreme Court likely will affect not only the right of Catholic Social Services to operate according to its religious convictions, but likewise that same First Amendment right for more than 8,000 other faith-based adoption and foster care providers in America, according to Becket Law, the legal aid group representing the Catholic organization.

“It’s not about liberal or conservative, right or left,” Mulligan said. “[If] we focus on the kids, we should be able to make a lot of progress that we have been unable to make.”

About 424,000 children currently are in foster care, with 125,000 of them waiting to be adopted. For the sake of those children, the government needs to work alongside churches and the faith community to place as many of them as possible in loving homes, Sharen Ford, director for foster care and adoption at Focus on the Family, said during the Heritage event.

As Catholic Social Services awaits the Supreme Court’s decision in the Philadelphia case, which is expected to be announced next June, Ford challenged Americans to pray and consider the role they might be able to play in supporting vulnerable children.

“Everybody is called to do something,” she said. “Everybody is not called to foster or adopt. But is that ‘something’ either wrapped around support for either foster parents, adoptive parents, or supporting these young people who are aging out of the system?”

The child welfare advocates used Monday’s event in part as a call to action to conservatives and the Christian pro-life community.

“So many people, unfortunately, have ‘life issues’ pegged as just this zero-to-nine-month period for a woman that is in a crisis pregnancy,” Mulligan said, adding: “That is part of it. But respecting life just continues, right from the moment of conception until that moment of natural death.”

Mulligan added that for the sake of the 424,000 waiting children, society no longer can afford for foster care to be an “orphaned issue.” Americans must place themselves in the position of the kids who are waiting for a home and ask what their role is in solving the orphan crisis, he said.