An Ohio man officially became a father of five after finalizing adoption of two girls and three boys at the end of October.  WBALTV reports that single foster dad Robert Carter adopted siblings Marionna, Makayla, Robert, Giovanni, and Kiontae in order to keep the children together as a family.

For Carter, the decision to foster and adopt came in part from his personal experience.  At age 12, Carter entered the foster care system and was separated from some of his younger siblings for years.  After being emancipated, Carter was reunited with a younger sister and brother by gaining custody and being appointed guardian.

“I understand how they feel,” Carter told WBALTV.  “I understand what they went through, so it really touched me.  I was already thinking about adopting all of the kids but when I saw them crying, I was like, ‘Ok, I’m going to take all five to keep them together.’”

Adoption Worker Stacey Barton explained that when the five siblings entered foster care they were in three different homes.  Initially, Carter fostered the three brothers.  Carter and the two foster mothers caring for the two sisters got together in order for the siblings to see each other.  Before that meeting, the siblings had not all been together for six months.

Barton added, “Mr. Carter was the only foster parent willing and able to adopt all of the children.  His childhood background has made him aware of the importance of keeping siblings together.  He says that he enjoys being their father and that parenting them is easier than he could have ever imagined!  His life is busy, with a lot of love, laughter, and loudness!  I have enjoyed working with him and witnessing the children bond as siblings.”

In addition to raising two of his younger siblings, Carter said that mentoring children at a local elementary school led him to fostering and adopting.

“Making memories to replace a lot of the bad ones.” Carter explained to WBALTV.  He described his new life as a father of five, saying, “Every night I talk to them and let them know, ‘I’m your dad forever.  I know what it’s like and I’m always here for you.’”

His consistent and loving care has already had an impact, especially on one of his daughters, Marionna.  Carter said, “She’s warmed up so much since the beginning.  At first, she didn’t like me.  She walked in my room last night and said, ‘I just want to say thanks for taking us in and taking care of us when our real mom couldn’t.’  It just really touched me.  So just making memories, letting them know I’m here and they never have to go.  I’m here for them no matter what.”

According to WBALTV, Hamilton County Ohio where Carter lives saw a 25% increase in adoptions between 2018 and 2019.  In many other areas, including Texas, adoption from foster care is on the rise.  In 2019, Texas saw more children leaving foster care to join forever families than entered.  Carter’s story demonstrates the lives that can be forever changed by the gift of adoption.  Although the goal of foster care is reunification and keeping families together, in some circumstances biological parents are unable to care for their children.  In those difficult instances, keeping the children together as a sibling group can greatly increase wellbeing for the children.

November is also National Adoption Awareness Month.   Pro-Lifers are frequently and falsely accused of being “pro-birth,” but Texas Right to Life has witnessed time and again Pro-Lifers’ willingness to adoption vulnerable children.  Building a Culture of Life is more than outlawing abortion; we must work to support and to encourage families so that all children are given the love and nurturing they deserve. 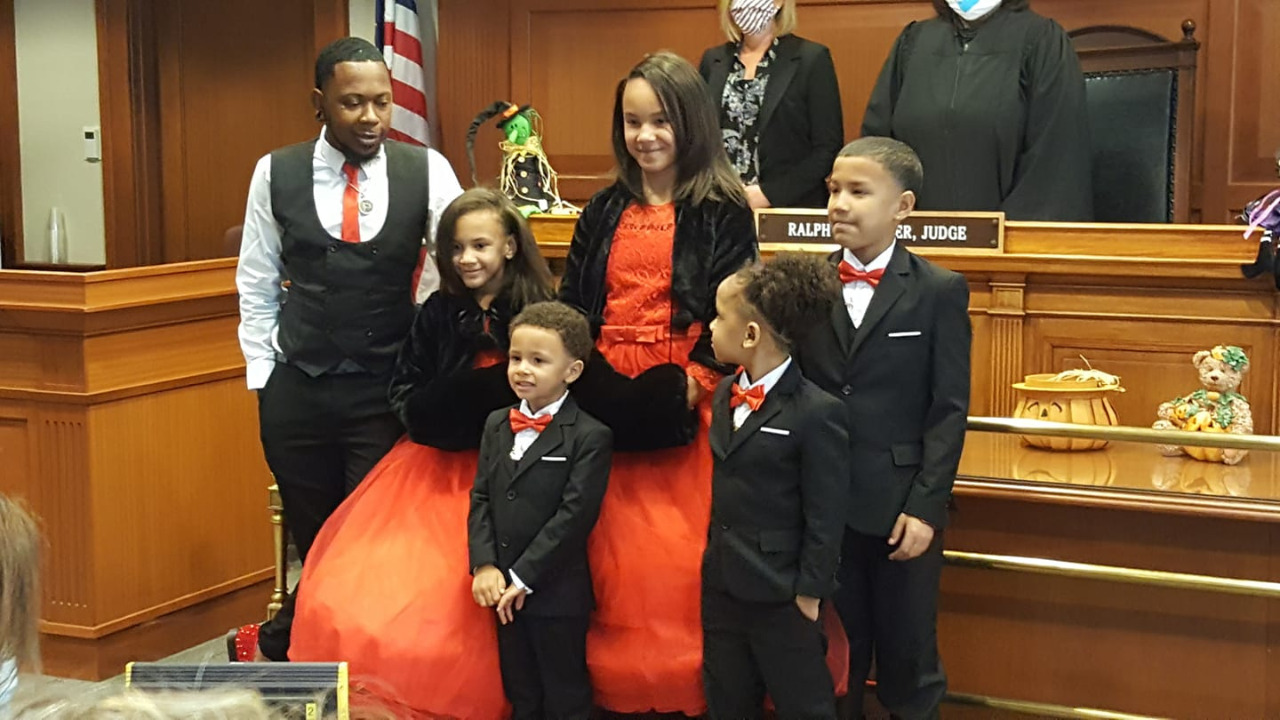