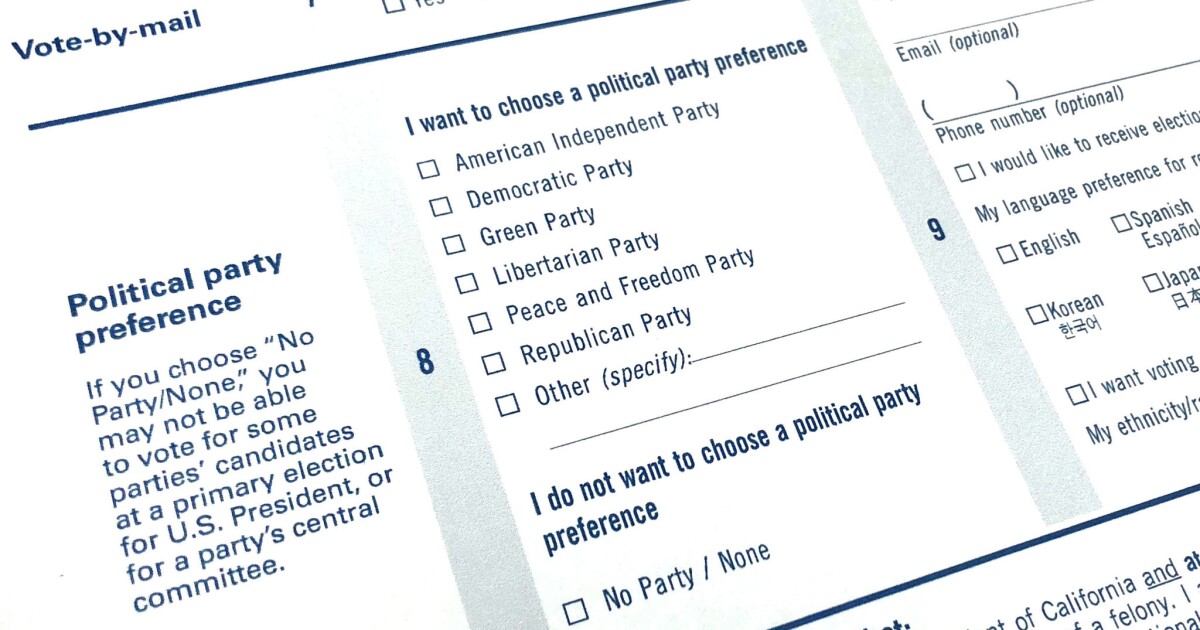 With concerns across the country about the fairness and accuracy of the presidential election, a new story out of California puts the spotlight squarely on the problem of election fraud.

Two men have been charged in a 41-count criminal complaint for allegedly submitting more than 8,000 fraudulent voter registration applications on behalf of homeless people in Los Angeles. The local District Attorney has brought charges against both.

Carlos Antonio De Bourbon Montenegro, 53, aka Mark Anthony Gonsalves, and Marcos Raul Arevalo, 34, were each charged with one count of conspiracy to commit voter fraud, eight counts of voter fraud, four counts of procuring and offering a false or forged instrument and four misdemeanor counts of interference with a prompt transfer of a completed affidavit.

Montenegro faces an additional 10 counts of voter fraud, seven counts of procuring and offering a false or forged instrument, two counts of perjury and five misdemeanor counts of interference with a prompt transfer of a completed affidavit.

According to NBC Los Angeles, authorities have found more than 8000 fraudulent voter applications submitted between July and October of this year. The criminal complaint states that Montenegro has been accused specifically of “falsifying names, addresses and signatures on nomination papers under penalty of perjury to run for mayor in the city of Hawthorne.”

Montenegro is facing up to 15 years and eight months in prison for these crimes. Arevalo may have to serve up to seven years.

NBC indicates there was a larger conspiracy involved.

The conspiracy charge also alleges that Montenegro was subsequently issued write-in candidate nomination papers and that he “submitted and filed signed write-in candidate nomination papers containing 32 signatures and addresses for fictitious, non-existent or deceased person” with the city clerk’s office. It further alleges that he and co-defendant Marcos Raul Arevalo “and other unknown co-conspirators” used three post office boxes in Hawthorne as well as Montenegro’s home address “as mailing addresses for over 8,000 voter registration applications for fictitious, non-existent or deceased persons, that were submitted for processing to the Los Angeles County Registrar- Recorder’s Office and the California Secretary of State.”

The case stemmed from an investigation by the DA’s Bureau of Investigation. The Los Angeles County Registrar-Recorder/County Clerk’s Office, FBI, Covina Police Department and the California Secretary of State’s Office also assisted in the initial investigation, according to the District Attorney’s Office.