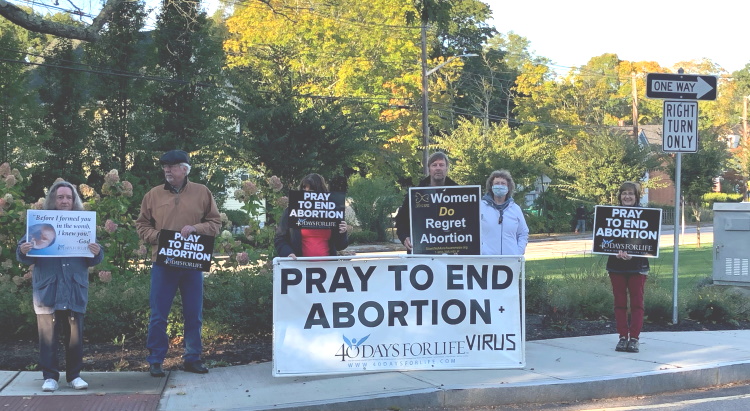 We now know of 388 babies spared from abortion since September 23–with news from local campaigns continuing to flow in.

After nearly a decade of 40 Days for Life campaigns, College Station, Texas has been abortion-free since 2013.

That hasn’t stopped pro-lifers from continuing to host vigils, praying for women in the community tempted to leave town for an abortion.

Even without an abortion facility, the vigil is still saving lives!

As a taxi driver drove a college-aged woman and her parents past the vigil site, the young woman asked, “What’s going on? Is this a protest?”

“No, it’s prayer to end abortion,” the driver responded.

The young woman’s parents looked at each other and then at their daughter, who admitted she was scheduled to drive to Houston for an abortion consultation just two days later.

The young mother felt she had her entire life ahead of her and did not want the pressure of being a young parent.

Fortunately, the cab driver was a 40 Days for Life participant. He reframed the conversation, explaining that the life ahead of her would have more joy with the blessing of a baby.

The expectant mother’s parents broke down crying, offering to welcome their first grandchild with open arms. By the end of the trip, everybody in the car was in tears as the new mom shouted, “Call the doctor! I’m keeping my baby!”

After dropping off his passengers, the driver returned to the vigil and spent some time in prayer.

“We have little opportunity to interact with the women,” said longtime Attleboro leader Ron. “The clinic is situated in a medical complex [and we’ve confirmed] a precious few saved babies over the years.”

But this fall, Ron and his team learned of three saved babies–in a single day!

“One of the three told Angela, our new co-director, that she saw all the people praying and she knew she couldn’t go through with the abortion,” Ron reported. “We will keep praying with continued resolve for an end to abortion at this location.” 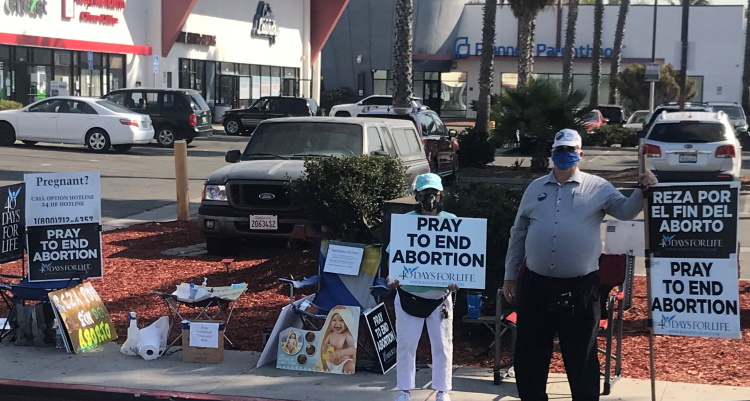 Steve was praying at the Chula Vista vigil when a woman approached him to ask what he thought about abortion and why.

After conversing and praying together, the woman admitted that she was about to take her daughter to Planned Parenthood for an abortion–but changed her mind!

“Since the Planned Parenthood storefront is in a shopping center, we can never approach it,” said Michael, the Chula Vista campaign leader. “It is 60-70 yards from the public sidewalk. We rarely have the opportunity to speak with PP clients, so this is big for us.”