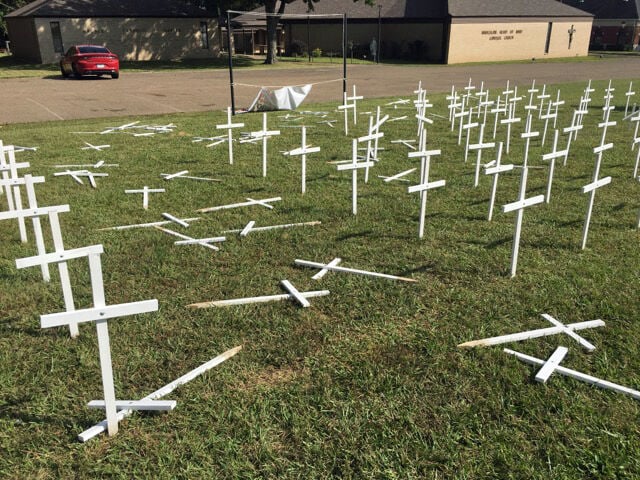 Vandals destroyed a pro-life cross display this week at an Arkansas church, the latest in a growing string of vandalism and other violence against pro-lifers.

According to the Magnolia Reporter, Immaculate Heart of Mary Catholic Church in Magnolia set up 150 white crosses on its lawn earlier this month to raise awareness about the victims of abortion. The crosses represent the number of unborn babies who are aborted every hour in the U.S.

On Monday night or early Tuesday morning, however, someone vandalized the display, knocking over many of the crosses and a banner, the report states.

Volunteers with the Knights of Columbus fixed the display Tuesday afternoon, according to the report.