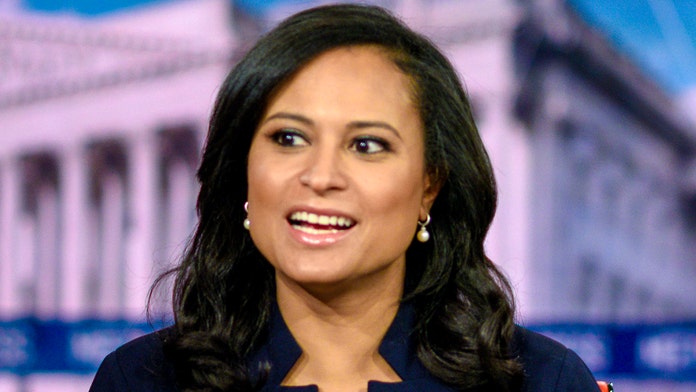 On Saturday morning, the New York Post continued to put the liberal media to shame with reporting they purposefully refuse to do (and instead accuse everyone and their uncle of being Russian assets) with a story pointing out the ties between Joe Biden’s Democratic Party and NBC White House correspondent/debate moderator Kristen Welker.

And if that wasn’t enough, reporter Jonathan Levine took note of how Welker had tipped off then-Clinton campaign hand Jennifer Palmieri to questions she’d ask in the spin room after a debate. As some might recall, Palmieri was the same Democratic flack Welker’s colleague Chuck Todd and his Democratic operative wife hosted a party for.

Predictably, the liberal media circled the wagons around Welker after the story dropped even though, if Welker’s parents were Trump donors, the same media hyenas would have been calling for Welker’s ouster (and not just from the debate, but her job at NBC as well).

Here was what Levine found about her Democratic family and Welker’s own party registration (click “expand”):

Welker comes from an established Democratic family — who have poured cash into party coffers, and to Trump opponents, for years.

Her mother, Julie Welker, a prominent real estate broker in Philadelphia, and father, Harvey Welker, a consulting engineer, have donated tens of thousands of dollars to Democratic candidates and close to $20,000 to Barack Obama alone.

Though Kristen Welker’s party registration is not listed today, she was a registered Democrat in Washington, DC, in 2012 and in Rhode Island in 2004.

As for the tip off, Welker was caught on a hot mic (and flagged at the time by our friends at the Free Beacon) informing Palmieri on March 6, 2016 in a post-debate spin room that she would ask her about the Flint, Michigan water crisis following the debate between Clinton and Bernie Sanders in the aforementioned city.

Now, the blowback. For committing the sin of journalism, the liberal activists that largely make up said profession couldn’t stand Levine’s article and savaged him as reprehensibly unfair.

With links included, here was how deranged and poisonous CNN host Brian Stelter put it in his Sunday night newsletter (click “expand”):

Actually I suppose it was the other way around… First the NY Post published a hit job about Kristen Welker and then Trump criticized her. The story claimed that Welker has “deep Democrat ties” but cited ridiculous examples like Welker’s attendance at the Obama White House press party. A spokesperson for Welker reportedly pointed out that she also attended the Trump WH press party in 2017 — before Trump did away with the tradition — but The Post did not include that fact.

Members of the WH press corps rallied to Welker’s defense when the story hit, but Trumpworld used it to smear her… And on Saturday night, Trump called her “terrible” and “extraordinarily unfair.” This calls for a flashback to what Trump told Welker when she became the co-anchor of “Weekend Today” in January: “Congratulations on your show. They made a very wise decision.”

When the four debate moderators were announced, Welker was always the one that conservatives, Trump supporters, and impartial observers had reason to be most concerned about.

Not only has she left a long on-air track record of having been a liberal partisan for MSNBC and NBC, but her family conflicts of interest have made her selection another embarrassment for the Debate Commission.

Welker won’t be confused with Jim Acosta, April Ryan, or Stelter, but her record and partisan ties cannot be ignored, regardless of whether it hurts people’s feelings.