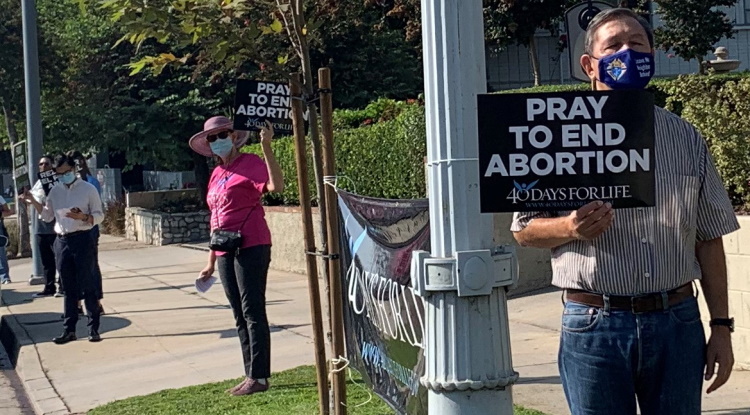 It’s Monday…and that means it’s time to update the number of babies saved from abortion through your prayers. Today, we know of 102 babies spared from abortion since September 23!

Karen in Downers Grove, Illinois noticed a young couple lingering in the parking lot of the abortion facility.

Karen offered the couple pregnancy help resources and shared with them the racist roots of the abortion industry, which she said “sparked their interest.”

The woman entered the abortion facility–only to leave 15 minutes later in tears.

“I did not have the abortion…I kept thinking of the words you said to me,” the expectant mother told Karen. “The abortion workers were rough with me, wouldn’t let me see the ultrasound, and were talking about death a lot.”

The expectant mother continued, “I got up and left. I am going to keep my baby.”

Karen hugged the woman, cried with her, and praised God.

“We told her we had been praying for her the whole time she was in there,” Karen remembered.

After receiving a onesie–“my first baby gift!” as the mom described it–the woman made plans to go to the hospital for an ultrasound.

“I want to get as far away from the abortion clinic as I can right now,” she said, still crying tears of joy.

“Great news!” exclaimed Paula, who is leading her first campaign in Pasadena. “We had a mom change her mind!”

An abortion-bound mother left Planned Parenthood and told the 40 Days for Life prayer warriors she would keep her baby.

Before leaving with her boyfriend, the woman told one of the Pasadena prayer warriors, “You must be an angel.” 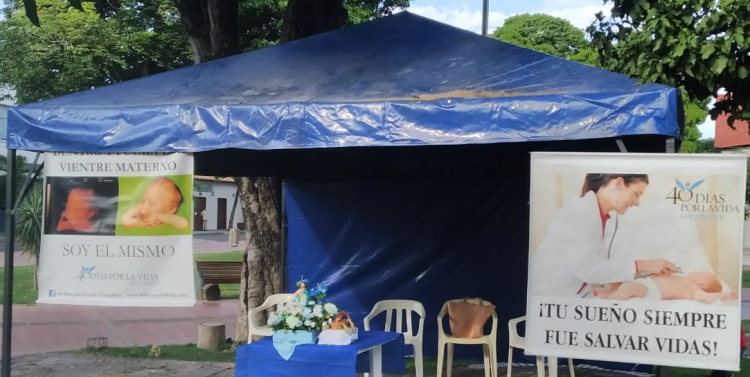 Cúcuta’s leadership team was doing a vigil-site radio interview when a woman stopped by to see what they were doing.

“She told us she had an appointment in Profamilia [the abortion center],” the Cúcuta leaders reported.

The mother is 12-weeks-pregnant, out of work, poor, and stressed…but the support and encouragement from 40 Days for Life volunteers empowered her to choose life.

“She is afraid to tell her family about the baby, but now she is going to continue with her pregnancy,” the team said.