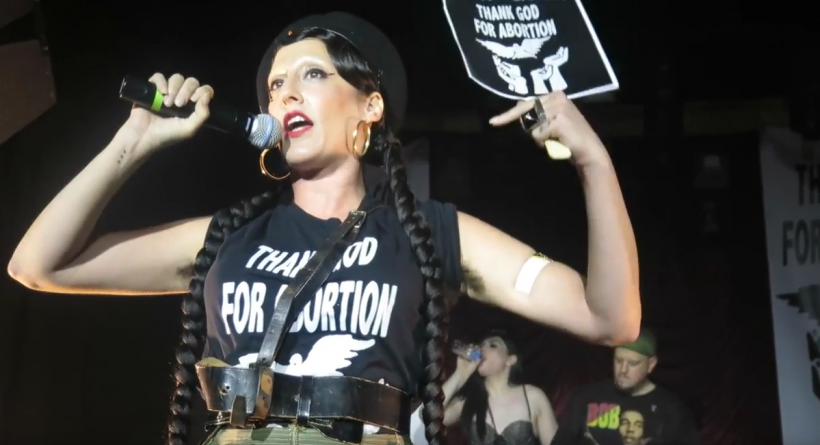 Panicked by the death of U.S. Supreme Court Justice Ruth Bader Ginsburg, a pro-abortion heroine, a number of leftists are reportedly rushing to buy birth control in fear that it soon could be unavailable.

Refinery 29, a pro-abortion online women’s publication, reported about the hysteria this week as President Donald Trump prepares to announce his third nominee to the high court to fill Ginsburg’s place.

Abortion activists fear that Ginsburg’s replacement could be the final vote needed to overturn Roe v. Wade and the Affordable Care Act, or Obamacare. And the thought of not having mandated birth control coverage in their insurance, should Obamacare be repealed, has women like Emily Blackshire of South Carolina seeking out long-acting reversible contraception as soon as possible.

“I don’t want to bring a child into a world that’s on fire,” Blackshire told the publication. “I’m actively seeking a gyno to get an IUD.”

On Friday night, Emily Blackshire was eating homemade pizza with her family when her phone buzzed with a push notification. She looked down and learned Supreme Court Justice Ruth Bader Ginsburg had passed away. “My first thought was, ‘Oh my God, this is grim,’” the 26-year-old law student says. Her second thought? It might be time to finally get that intrauterine device (IUD) she’s been considering for a year. …

Blackshire isn’t the only one thinking about long-acting reversible contraceptives (LARCs) right now. Since Ginsburg’s death, many people on (and off) social media are encouraging each other to “get ur IUDs now,” before it’s too late.

Another woman, Annmarie Colonna, of New Jersey, told the publication that she rushed to her OB-GYN for an IUD when Trump was elected.

“And while this one is still good for a few more years, I’m recommending it to all my friends and won’t hesitate to get a new one should things go Handmaid’s Tale,” Colonna said.

There seems to be a perception on the left that conservatives want to take away birth control, but that is not true. The problems with Obamacare relate to religious freedom and the ability of religious objectors to refuse to provide birth control in their employee health plans because it goes against their beliefs.

Most Americans do not have objections to birth control; they just do not want people of faith to be forced to pay for it if it violates their beliefs. Even if Obamacare is overturned, birth control still will be available, and most employers likely will still cover it.

For example, Hobby Lobby, the Christian craft store chain that challenged the Obamacare contraception mandate at the Supreme Court, did not object to providing most forms of birth control through its employee health plans. The owners objected to just four forms of birth control that may act as abortifacients; it provides 16 other forms to its employees without objection.

These misconceptions lead to panic and hysteria, and American women deserve to know the truth that birth control is not at stake.