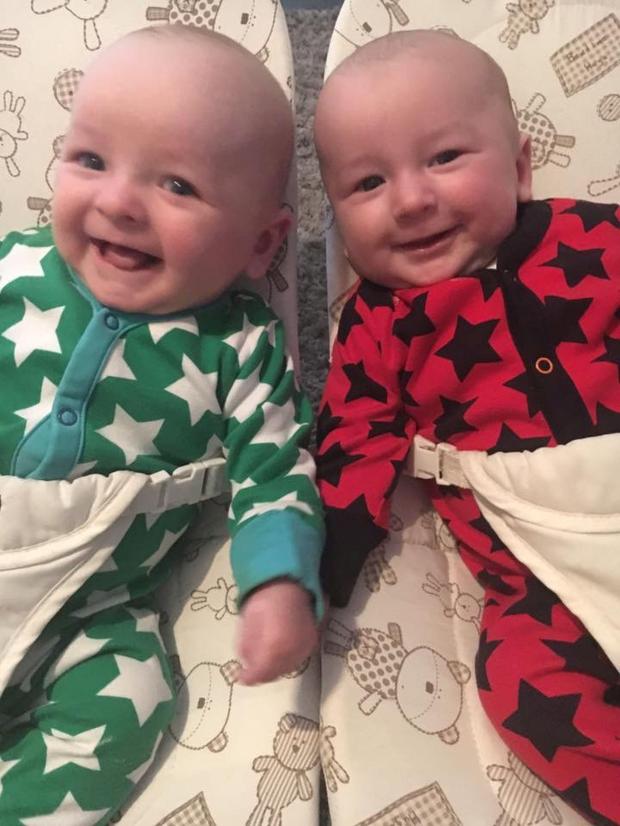 One woman who was branded “inhumane” for rejecting abortion on multiple occasions is now the proud mother of three-year-old twins.

Hannah Morris was devastated when doctors told to have an abortion at 16 weeks, after her waters broke prematurely.

However, she decided to ignore doctors’ advice and instead trust her gut instinct. As a result, she is the proud mother of healthy twins, George and Alfie King.

‘It is your only option’

Hannah and her partner, Mark King, were ecstatic when they found out that they were expecting twins.

Doctors diagnosed Hannah with preterm premature rupture of the membranes (PPROM) and told the couple to have an abortion as neither baby had any chance of survival.

Recalling the events, Hannah described the experience as “really traumatic”.

She told The Sun: “I had an internal examination and the doctor told me that my waters had broken, and he was really sorry but there was nothing they could do for us.

“I asked a million questions, can the other baby survive? Can it reseal?

“They said, ‘no, there was a 100 per cent chance that this baby won’t survive, you need to have to have some medicine to induce labour, it’s your only option’.

“I didn’t want to do that. My gut was telling me not to follow the advice.

“I knew nothing about PPROM. I didn’t know it was a thing before then. I just rejected all the medical advice.

“I said ‘if I am going to lose them, I lose them naturally and I’ll let nature take its course’.”

After two days in hospital, a scan revealed that both babies were still healthy and the couple were sent home.

A week later, at a follow-up appointment, doctors again advised Hannah to have an abortion. The 27-year-old was told that if her babies survived to 24 weeks, their limbs would be stuck together and their vital organs wouldn’t be functional.

“[They said] I was only causing them more pain by carrying on with the pregnancy.

“We were considering at this point terminating the pregnancies because this was coming from top consultants,” Hannah revealed.

Yet, each week the pair would go for a scan where they’d be reassured that their babies were healthy.

Despite this, doctors continued to tell the couple to consider an abortion.

Hannah said: “That’s what pushed us to carry on with the pregnancy every single week. We would see the boys on the screen and they would be fine.

“The sonographer would say his lungs are developed, so the kidneys are fine.

“The doctors reviewed it each week and say it looks like they are doing fine but that is going to change so you need to terminate the pregnancy.”

Against all medical advice, Hannah made it to 34 weeks and had a cesarean section.

Despite Alfie being born with holes in his heart and George suffering a weakened immune system due to their premature births, both toddlers are now healthy and thriving.

Hannah said: “Taking our boys home was amazing. Just to know that we were right and that we had made the right decision by our children.

“They had defeated all the odds and they were strong, healthy little boys. They are now so cheeky and you look at them and think, wow, you nearly weren’t here.

“What would my life have been like if I hadn’t had them? They are both amazing, they’re awesome.”

Hannah said she was sharing her story to raise awareness of PPROM so that other parents in her situation are better informed.

“But if they have support from other parents who know what they’ve been through it’s going to make the experience easier for them.

“To know as well that they do have other options. Your child can survive this. They may be poorly at the end of it, but they can get through to the other side…

“…The stories of PPROM need to be shared more often so that people know it’s something that does happen.”

‘Babies can and do survive this’

Ciara Curran, the founder of Little Heartbeats who advised Hannah with advice throughout and following her pregnancy, said: “Hannah and her little surviving PPROM babies are living proof these babies can survive with little to zero fluids.

“These babies clearly demonstrate why we need to raise awareness of PPROM, and that terminating the pregnancy is not the only option, as these are just a few of the many babies who have survived…

“All too often [women] are told there is no hope and that their only option is to terminate, but babies can and do survive this.

“If women are supported to continue their pregnancy, with good medical management, there is a chance that they will be able to bring home a surviving baby.

“We are however all too aware that not all babies can survive PPROM, and we are anxious to support women through their PPROM pregnancy regardless of outcome.”