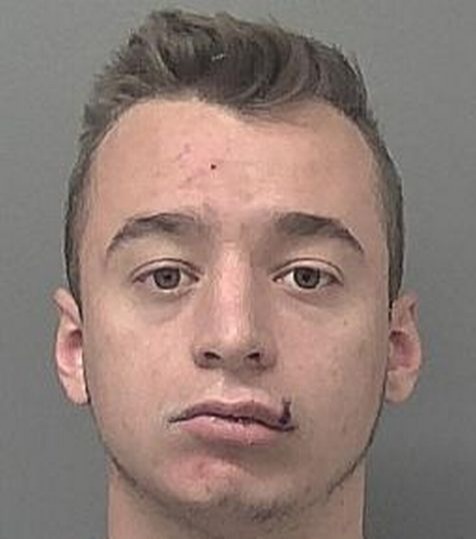 A young British man was sentenced in court Monday after he allegedly threatened to slit the throat of his ex-girlfriend’s baby if she did not have an abortion.

The Scottish Sun reports George Young, 23, of Wawne Lodge, North Hull, England, reportedly threatened to kill himself and the baby after his ex-girlfriend began a relationship with another man in 2019.

According to testimony at the Hull Crown Court on Monday, Young threatened the woman and her unborn baby not long after being released from prison on another matter.

He and the woman had been in a relationship for four years, but she began seeing another man and became pregnant while Young was in prison, barrister Andrew Petterson told the court.

“He refused to believe she was pregnant until he attended along with her a midwives appointment on December 12 last year. The victim declined to say who the father was,” Petterson said.

Afterward, Young pressured the woman to abort her unborn baby and threatened to kick the baby, according to court testimony. Young also said he would slit the baby’s throat if he saw the baby after she gave birth, the testimony continued.

A day later, Young allegedly went to his ex-girlfriend’s mother’s home and threatened her again, according to the report. He reportedly smashed a jewelry box and then grabbed a knife and threatened to kill himself if she refused to abort her unborn child, the report continues.

He also damaged some of the woman’s property while she was away from the house, the report states.

On Monday, the Hull Crown Court sentenced Young to six months in prison and a five-year restraining order, according to the local news.

The report did not include details about the current status of the woman and her baby.

LifeNews has been keeping track of stories involving allegations of forced and coerced abortions, as well as abuse connected with women who refuse to abort their unborn babies. They include: