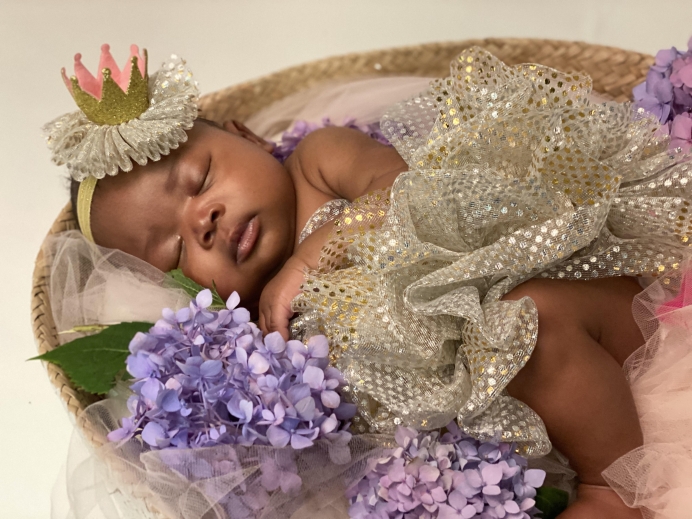 Seventeen years old and a senior in high school, Wisdom was an honor roll student, cheerleader, working every day and looking forward to a bright future. Then a positive pregnancy test spoke something very different to her heart. Wisdom describes the fear as paralyzing.

The fear stopped Wisdom from going to school or work. She just stopped showing up for everything. The once faithful employee and student dropped out of her own life.

Fear compiled a list for the pregnant teen of no diploma, no employment and soon she could add homelessness to the list when her mom found out. Fear has been known to lie and it was certainly controlling Wisdom.

When her boyfriend clarified his stance on the subject, it seemed fear was on target. He didn’t want Wisdom keeping the baby, so the course of action seemed to be quite clear.

Wisdom went to a Planned Parenthood where an ultrasound confirmed she was six weeks pregnant. A chemical abortion was prescribed, and she took the first pill at the clinic. The other medication to follow would be picked up at the pharmacy and taken at home.

The prescription notice was sent to her mother, an oversight on the teen’s part. When Wisdom’s mom confronted her, she told her about the pregnancy and her thoughts on being kicked out of their home.

“I would never turn my back on you in this situation,” Wisdom’s mom had told her. “I am disappointed that you did not see me as the person you could turn to for help.”

Rethinking a decision that had been based on false scenarios, Wisdom began researching whether the abortion medication’s effects could be reversed.

She found the Abortion Pill Rescue Network (APRN) hotline and they referred her to Choices Pregnancy Center (CPC) in Easton, MD.

Within 12 hours of having taken the first abortion pill, Wisdom was at CPC receiving critical care. They had told her on the phone she had 24 hours to get the reversal regimen started.

“All of Choices’s staff members were super sweet,” Wisdom recalls. “They explained to me that it wasn’t too late and that I could start the reversal that same day. All I had to do was take a pill every day for my first and second trimester of my pregnancy.”

Wisdom reflected on how welcoming the staff at CPC was to her each and every visit. She had ultrasounds weekly to continue the monitoring of her baby’s health.

“The Choices family is loving and caring,” Wisdom said. “I consider them a part of my family now. They have helped me in so many ways.”

If a mom takes the first drug in the two-pill chemical abortion process and experiences regret, she may be able to save her unborn child if she acts soon enough.

Abortion Pill Reversal (APR), a new application of a treatment used since the 1950’s to stop miscarriages, consists of prescribing extra Progesterone to counteract the effects of the first abortion pill. Reversals have occurred after a longer period of time, but results have been best in the first 24 hours.

To date more than 1,000 lives have been saved thanks to the Abortion Pill Rescue Network (APRN), a network of approximately 900 rescue providers and centers that facilitate and/or assist with the abortion pill reversal protocol.

Even after the delivery, CPC continued to help with material aid (diapers, wipes, clothes, a photo shoot and more).

Because of the success in reversing the effects of the abortion pill that she took, Wisdom is thankfully not sharing the sad story of so many moms who have undergone a chemical abortion.

As for all the lies she initially believed, these have all vanished as in addition to ongoing assistance from CPC, Wisdom experienced the loving support of friends and family along the way.

Her school enabled her to catch up, and in January when Wisdom needed to go on bedrest, they allowed her to homeschool to stay on track.

At work, Wisdom’s boss gave her lighter duties so she could keep working, until bedrest requirements called for her to take a leave from work.

Even the father of her baby changed his mind. When she was seven months pregnant, he contacted Wisdom to apologize. Now he visits and helps with some expenses like diapers and clothes.

Wisdom is moving forward with plans for culinary arts school in the fall. Currently she is working part time. It is her goal to complete schooling and eventually move south where she will open her own business.

For now, with the support of her mom, she presses on and offers encouragement to others experiencing pregnancy in uncertain times.

“I am confident I can give others the reassurance that APR works,” Wisdom stated with a smile. “They can save their child and I would be able to ease their minds.”

She said this recalling how her own mind was put at ease after talking with the APR hotline consultant.

A diploma, a post high school degree, a career and working toward independence are all realities Wisdom sees as achievable as she raises her beautiful daughter.

She is also grateful to have her own mom at her side and said, “Wherever we end up going, she has to come with us. We are in this together.”