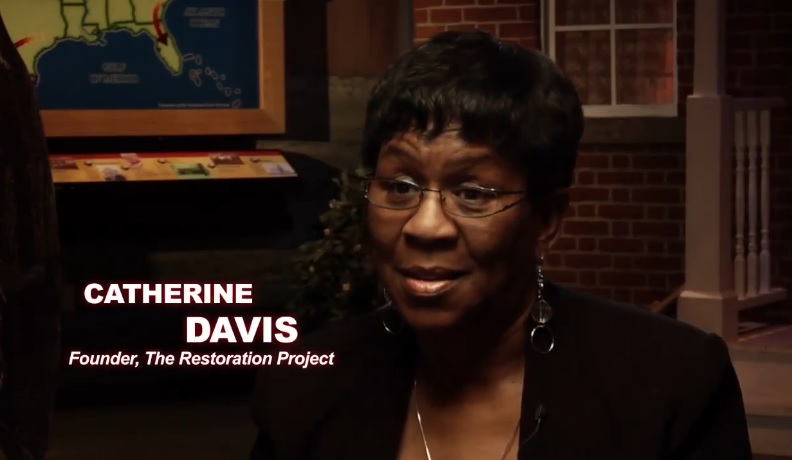 As the United States faces ongoing civil unrest and division, a leading pro-life and civil rights advocate is calling Americans to prayer as a concrete way to address the current turmoil.

Catherine Davis said God is calling people of faith to step up with hands-on prayer to save the nation.

“It has become abundantly clear we can no longer sit on the sidelines,” Davis said. “The urgency to cry out for God’s mercy is greater than ever because the lines of good and evil are clearer. America is caught in a spiritual war that can only be fought and won through prayer.”

Davis has issued an invitation to individuals across America to take part in the National Day of Mourning, Concert of Prayer. The virtual event will be held August 1 on Facebook at 3 p.m. EST.

Participants will pray Psalm 51 from the New Living Translation (NLT) once each for the nation and for their respective states live on Facebook at exactly 3 p.m. Eastern, or the corresponding time in their individual time zone.

“The hour of Christ,” said Davis. “You are invited to turn on Facebook live and pray Psalm 51 once for America and once for the state in which you reside.”

Davis, the founder and president of The Restoration Project, which advocates for the cause of life and family, is also an author, public speaker, civil rights activist and founding member of the National Black Pro-Life Coalition. She cited the combined trials of the coronavirus pandemic, racial injustice and related fallout challenging the country as the need for the national prayer event.

“Our nation has been brought to the brink of chaos,” she said, “and now we stand at a crossroad.”

The unprecedented pandemic has gripped the economy and taken tens of thousands of lives, she said, and while the number of deaths from the virus are on the decline, communities are facing deaths through rioting and violence.

What began as protest of the deaths of African Americans who have died at the hands of policemen has been taken over by “forces bent on violence and destruction,” said Davis, and “reform through peaceful protest has been lost.”

She proceeded to chronicle dozens of examples of injuries, deaths and inhumanity from across the U.S. in recent weeks.

Conversations “have disintegrated into spats over historical statues as children are killed,” she said, citing further devastating examples.

“At the same time, my sense of urgency is increasing,” Davis said. “We the people need to pray.”

“The moment I heard that Psalm 51 was the structure for the Concert of Prayer, I was in,” Godsey said.

Known by such terms as The Miserere: Prayer of Repentance, and the Sinner’s Guide, for its showing the sinner how to return to God’s grace, Psalm 51 is a confession Psalm that presents David’s prayer for forgiveness after he was rebuked by the prophet Nathan for plotting against Uriah and taking Uriah’s wife Bathsheba for himself.

The psalm reads in part:

Have mercy on me, O God,
because of your unfailing love.

Because of your great compassion,
blot out the stain of my sins.

Wash me clean from my guilt.
Purify me from my sin.

For I recognize my rebellion;
it haunts me day and night.

Against you, and you alone, have I sinned;
I have done what is evil in your sight.

You will be proved right in what you say,
and your judgment against me is just.

Godsey said that repentance is precisely what is needed to counter abortion.

“While our pregnancy help community awakens each day to make abortion unnecessary by providing practical alternatives to abortion,” he said, “the enormous issue of abortion cannot be eradicated without a clear sense of repentance from this sin that plagues our land, and the globe.”

Godsey said as well that now is the time for such a gathering, bringing people together virtually for repentance and prayer for life.

“In the midst of being divided, this is the right moment for a collective, coordinated “concert” of prayer,” he said. “And there is something important about it occurring on social media.”

“Social media is a powerful tool able to be used to segment, segregate, and separate,” he added. “This is a moment where social media can be used to repent and renew ourselves to the sanctity of life.

Davis said that it is the faithful who must act to affect change in this time, and do so through prayer.

“I think many Americans have been waiting for a “leader” to stand in the gap,” she said, “when actually the Lord is calling each of us to take a stand through prayer.”

Participants in the National Day of Mourning, Concert of Prayer are asked to invite their Facebook and other friends to pray as well. For those who may not wish to pray on camera, they should be invited to join others’ prayer on their Facebook page. Everyone is encouraged to share the event link across all social media platforms.

“If we can petition heaven in one voice at one time as a nation, we can only hope that God will grant us the grace we so desperately need in this hour,” Davis said. “I truly believe we will see change and get the needed relief as we reach out to the only One who can heal our land.”