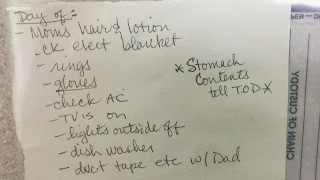 According to the report by Cole Sullivan for WBIR.com news, Hopkins told the Parole Board

her elderly Tellico Village mother asked for her help to take her own life Father’s Day weekend 2018. She said her mother had long suffered verbal and emotional abuse from her father and wanted to die that specific weekend to send a message.

Hopkins said that’s why she coerced her mother into a bedroom under the guise of giving her a manicure, zip-tied her hands and tried to put a plastic bag with helium over her head.

“She had ordered some things to help her kill herself and so I agreed to do that. I regret that now, but I was just doing what she wanted me to do,” Hopkins said.

But Sullivan reported that prosecutors said that the  evidence does not support Hopkins’ assertions.

Hopkins, he said, had been estranged from her parents for years.

“There was not any correspondence that she was talking about referencing an attempt to assist her mother in any suicide or euthanasia type situation,” District Attorney General Russell Johnson said.

They say the murder plot was financially motivated.

Assisted suicide is illegal in Tennessee. Nonetheless, once the concept of euthanasia or assisted suicide takes hold, it becomes an argument for a lesser murder charge.

It is also important that Hopkins used Derek Humphry’s “Final Exit” book to plan the murder.

As much as Hopkins is spinning a story in an attempt to have her jail sentence reduced, it is not unlikely that an excellent lawyer under different circumstances could successfully achieve a lesser sentence or even a suspended sentence.

The difference between homicide and euthanasia or suicide and assisted suicide is the societal perception of the person who died. Society judges that life is not worth living under certain conditions.