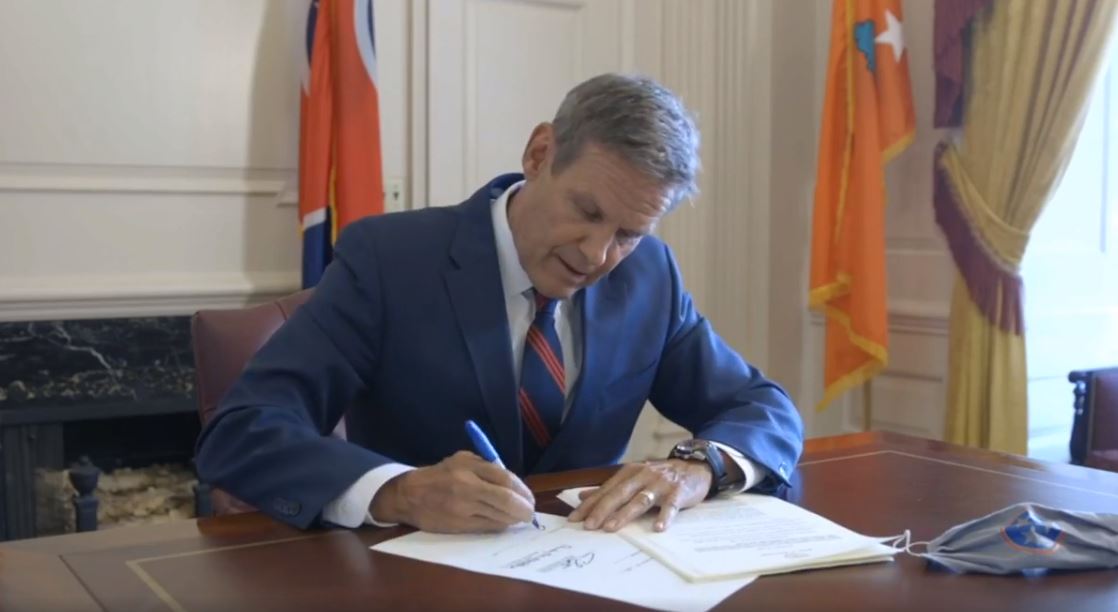 A pro-life Republican, Lee celebrated the legislation as a “historic moment” for the state, WBIR News 10 reports.

“Life is precious and everything that is precious is worthy of protecting. We know that in Tennessee and I certainly know that in my heart, which is why we worked so hard together with the legislature to make sure that this piece of legislation got done,” Lee said in a video posted online. “It’s our responsibility to protect the most vulnerable in our community, and certainly the most vulnerable in Tennessee includes the unborn.”

Though the legislation is described as a heartbeat bill, it includes many different measures to protect unborn babies. The law passed the state legislature in June, and pro-life lawmakers said they wrote the bill to withstand a legal challenge.

The heartbeat portion of the bill prohibits abortions once an unborn baby’s heartbeat is detectable, about six weeks of pregnancy. It also includes other levels of restriction going up from eight weeks to 24 weeks of pregnancy, which would go into effect depending on what a court may strike down, the report states.

The bill also bans discriminatory abortions based on the unborn baby’s sex, race or a Down syndrome diagnosis. It allows exceptions if the mother’s life is at risk. Abortionists who violate these bans could face felony charges.

Overly anxious pro-abortion groups file a premature lawsuit to block the legislation in June – before it even became law. According to WBIR, a federal judge said the court could not consider their lawsuit until the governor signs the law.

“We are pleased to see this pro-life legislation signed into law – it includes some of the strongest protections for unborn children in the nation, and is the latest evidence that pro-life support is surging throughout the states,” Dannenfelser said. “As Joe Biden and other party leaders continue to promote taxpayer-funded abortion on demand and even infanticide, we are encouraged that pro-life lawmakers in the states continue to be motivated to promote strong pro-life policies.”

Meanwhile, WREG reports abortion activists slammed the legislation as unconstitutional and promised to fight it in court.

“Politicians should not be deciding what is best for women and certainly not making reproductive health care decisions for them. As promised, we will see them in court,” said Hedy Weinberg, executive director of the ACLU Tennessee.

The pro-life legislation could save tens of thousands of unborn babies’ lives and protect their mothers, but the success of the heartbeat ban against a legal challenge is uncertain.