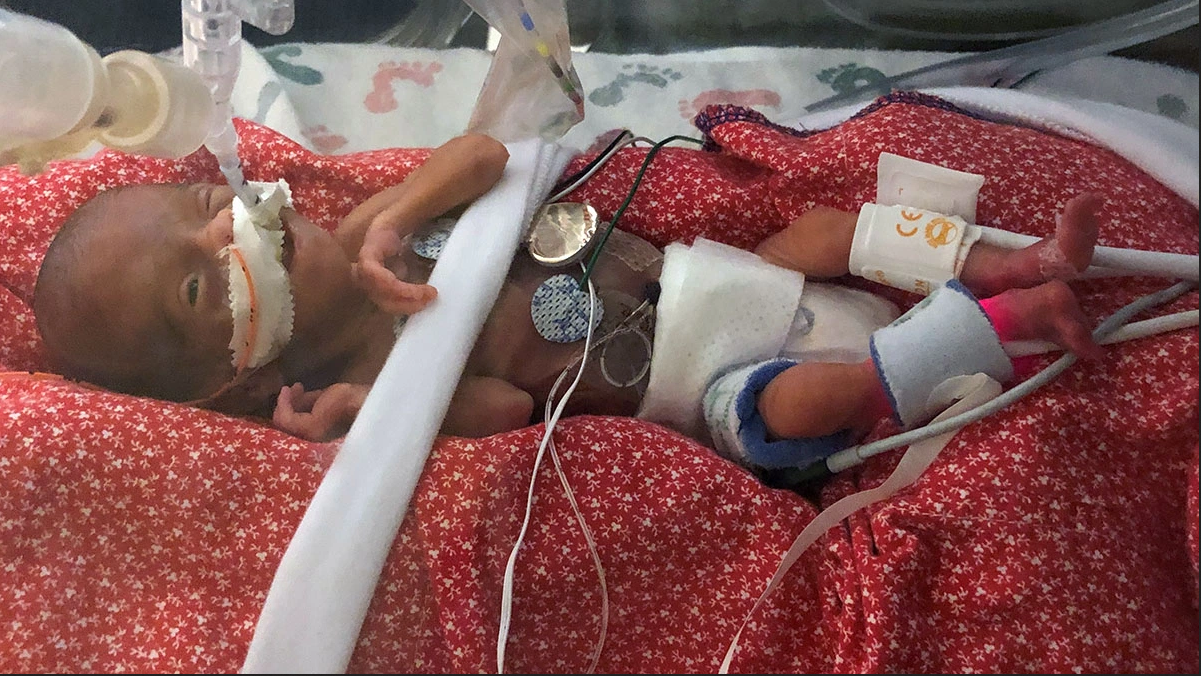 One of the tiniest premature babies in the world went home this spring after a five-months-long stay in a California hospital.

Giselle was born at just 22 weeks of pregnancy on Nov. 17, weighing 15 ounces, NBC San Diego reports. Today, she weighs about 7 pounds and, though she still has medical problems, she recently was deemed well enough to leave the hospital, the report states.

“It felt unreal until I got in the car and sat down and saw her back there. And then it hit me, oh gosh, she’s coming home,” her mother, Courtney Flores, said.

Flores developed a life-threatening condition half way through her pregnancy and had to deliver her baby girl four months early. She said she was diagnosed with Hemolysis, Elevated Liver Enzymes, Low Platelet Count (HELLP) syndrome.

Giselle also faced numerous medical battles during her first few months outside the womb, including surgeries and infections. But she and the medical team at the Sharp Mary Birch Neonatal Intensive Care Unit fought to overcome each problem.

After spending the first months of her life hooked up to machines that helped her to breathe and control her body temperature, Giselle also returns home tethered to an oxygen machine and heart monitor.

The micro-preemie has severe lung disease, which has the family taking extreme caution during the COVID-19 pandemic to prevent possible exposure to the virus.

“At first we were really nervous to bring her home because of what’s going on, but figured we won’t leave the house, we’ll have people meet us outside if we have to. We have Lysol sanitizing stations, no one is coming in the house” Courtney said, “We’re a little bubble over here.”

At about the same time, another micro-preemie, Lilly, was released from a British hospital after also being born at 22 weeks of pregnancy. Lilly weighed a little more than Giselle at 1 pound, 2 ounces, and her time in the hospital also was a struggle. But in May, doctors gave her the ok to go home.

Their stories give hope to families of very premature babies. Years ago, their survivals would not have been possible, but modern medical advances are pushing back the line of viability.

As a result, the British Association of Medicine recently issued new guidelines encouraging medical treatment for babies born at 22 weeks of pregnancy. Previously, the guidelines did not recommend treatment until 24 weeks. Recent studies in the New England Journal of Medicine have found that a growing percent of premature infants are surviving at 22 weeks of pregnancy.

The earliest known premature baby to survive outside the womb was born at 21 weeks and four days of pregnancy. In 2017, the journal Pediatrics highlighted the girl’s survival story. The smallest recorded surviving baby weighed less than 9 ounces at birth. Born in California in December 2018, Saybie was deemed well enough to go home five months later.