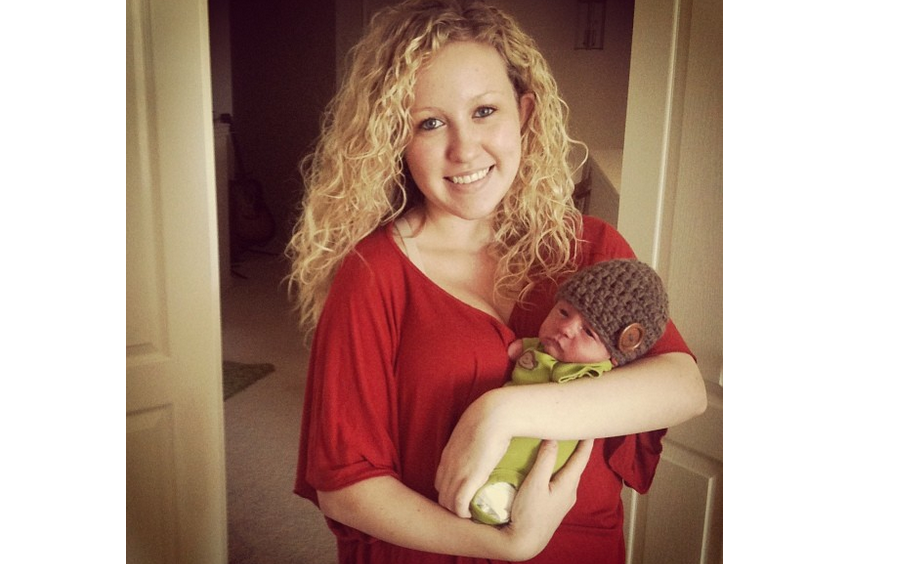 Katie Whiddon felt selfish for refusing to abort her unborn baby because he would be born without arms and legs.

Like many expecting mothers who receive a poor prenatal diagnosis, she was made to feel that ending her baby’s life was more compassionate than letting him live with a disability.

Whiddon almost gave into the pressure, according to Live Action News. But then a chance encounter with a stranger changed her mind, and now she and her son, Camden, are thriving.

Writing at Love What Matters, Whiddon described the difficult situation that she was in when she became pregnant with her oldest son. She was only 18 at the time, and she said her boyfriend was abusive.

Then, during her 20 week ultrasound scan, she said they learned that their unborn baby was missing limbs.

“I don’t remember my doctor’s exact words … but as he looked at my baby with the ultrasound he told us that they couldn’t find any arms or legs on my baby,” she remembered. “I couldn’t hear anymore. My whole body was numb. I felt like I wasn’t even living. This was limbo. A cruel limbo.”

She said her boyfriend began pressuring her to have an abortion as soon as they got home. She said he called their baby a “monster” and claimed it would be “cruel” not to abort him, “especially if it’s a boy.”

Whiddon said she agreed to have an abortion if the specialist confirmed that their baby was missing his limbs.

The specialist did confirm it – and then gave the couple even more causes for concern. Whiddon said she was told her baby may have problems with his brain and other organs, and she could “give birth to a vegetable.”

She scheduled an abortion for a few days later.

But the looming appointment haunted her. One morning, she woke up in “just gut wrenching cries. I was mourning and it hurt more than anything I could ever imagine. I could just feel this darkness creeping into my soul. Not only does my baby have a birth defect, but I will never meet him. I’ll never know the sound of his cry, the soft touch of his skin, the smell of his head, or if he looks like me.”

Instead of comforting her in her anguish, her boyfriend threatened to abandon her and their child, she said.

Then a chance encounter with a stranger gave her the courage to choose life for her baby.

Whiddon left for a quick trip with her family and while she was away, she met a couple who was expecting a baby around the same time her baby was due. As they talked, the woman told her that she didn’t think Whiddon would actually follow through with the abortion because of how she spoke of her baby with so much love. Those words from a stranger began to change Whiddon’s mind about abortion. She decided to pray.

“I needed peace with my decision to end my pregnancy,” she wrote. “Ending my son’s life. But I had no peace. I hated everything. Myself. My boyfriend. The doctor. Existence. God. Why was this happening to me? Why was this happening to MY baby?” She didn’t want to go through with the abortion but she felt selfish for even considering keeping her baby. She said she “wanted to do what’s fair for him.”

Once she chose life, she said she began to feel “sweet, warm peace” from God. She left her boyfriend and stayed with a cousin who supported her, she said.

Her son, Camden, was born without legs and only part of his arms, but otherwise he was healthy.

“He was so beautiful. Not a vegetable. Not a monster. Not deformed,” Whiddon said. “Just my perfect boy. I made the right choice.”

That was several years ago. Today, she is married and has five children.

“Camden has changed my life in the best ways possible,” Whiddon said. “He has shown me my strength through his. He has shown that love can get you through any obstacle. He taught me that I have a voice, that is LOUD and HEARD and I can use it to help others. … And most importantly, he has shown me that prayer DOES work and that God has a great plan for our lives, even if it’s not what we thought it would be.”