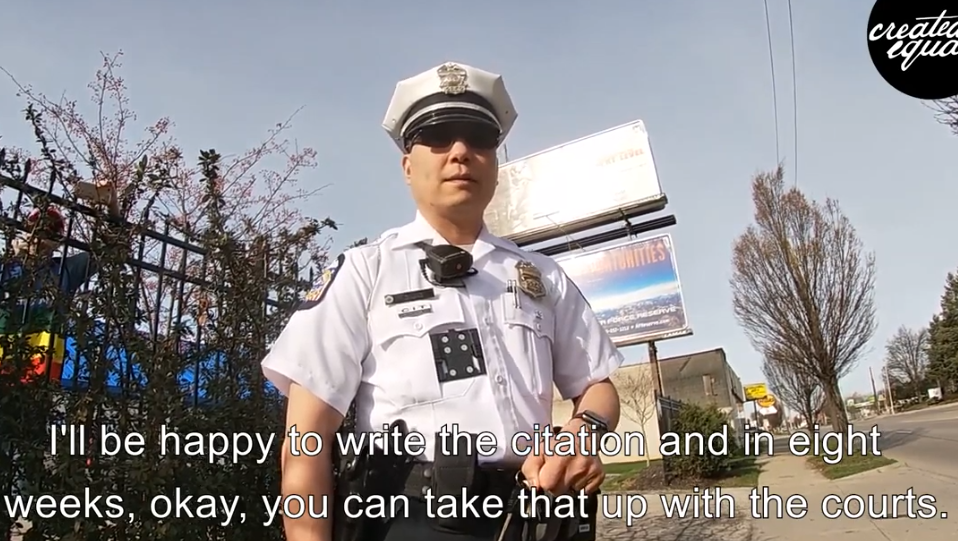 Although the coronavirus has caused large-scale pro-life gatherings to stop for the time being, pro-life advocates are still praying and helping women outside of abortion centers. They are doing so in part because abortion businesses continue to kill babies — sometimes in defiance of orders to stop doing abortions to conservative medical resources to fight the virus.

Yesterday, as pro-life advocates helped women at the Planned Parenthood abortion center in Columbus, Ohio — one of the abortion businesses operating outside a state mandate to stop non-essential medical procedures, a police offer told the pro-life people they were not allowed to pray outside the abortion facility.

“Today, as our outreach team arrived at the Columbus, OH Planned Parenthood surgical abortion center, a police officer told us that if we displayed our signs and talked to the men and women going inside the center we would be in violation of the order which was issued by Governor Mike DeWine earlier this week,” Mark Harrington of the pro-life organization Created Equal, told LifeNews.com.

“As the video demonstrates, the officer had been given orders by the Columbus Police Department Legal Counsel to cite anyone for being on the sidewalk. Within a few minutes, he returned, admitted that he was wrong, and said we could stay to counsel the women seeking abortions. However, we were told we still could not have more than 10 people on the sidewalk with us and we had to maintain proper social distancing,” he said.

Texas: Abortion centers are temporarily closed after Governor Greg Abbott’s order. But Texas abortion businesses have sued the state to reopen. Planned Parenthood has filed a lawsuit as well to do abortions and ignore the order.

Ohio: Abortion centers are included in the order to close but they are refusing to close.

New York: New York has issued an order to stop non-essential health services but is not applying it to abortion centers. New York Attorney General: Coronavirus Crisis is No Reason to Stop Killing Babies in Abortions