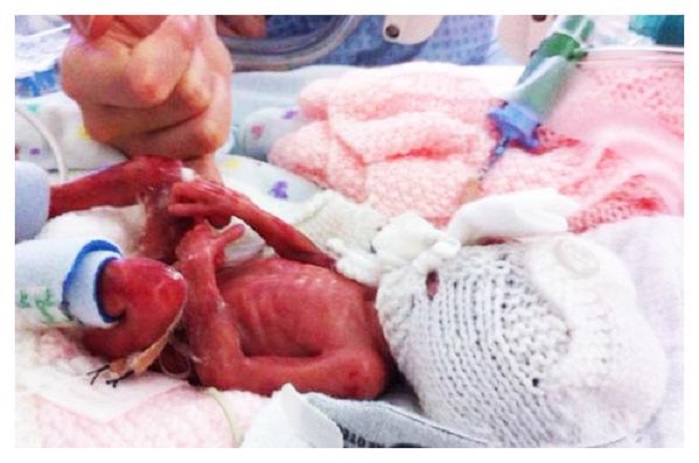 Once again, Senator Lindsey Graham has sponsored the “Pain-Capable Unborn Child Protection Act.” Once again, on Tuesday, the measure failed, this time 53-44, with two Democrats supporting it, and two Republicans voting against it. As Graham put it, “we vote on this every year.”

As the title suggests, the act would ban abortions after 20 weeks, once the fetus can feel pain. Right on cue, abortion supporters labeled the act “outrageously restrictive,” and the idea that children in the womb feel pain as “scientifically disputed.”

That the measure failed is no surprise, but to call it “outrageously restrictive” ignores abortion laws across the rest of the world. Germany and France both restrict abortions at 14 weeks of gestation. Norway restricts at 12 weeks, as does Ireland. Even notoriously liberal Sweden restricts abortions at 18 weeks.

In other words, the “Pain-Capable” Act, especially given the way we protect animals in our country, is quite reasonable. And if it’s reasonable, the other bill introduced Tuesday should be seen as downright obvious and humane.

As Republican Senator Steve Daines of Montana described from the Senate floor: “…the Born-Alive Abortion Survivors Protection Act… mandates that if a baby is born alive following a botched abortion, the doctor must protect that baby and give the same medical care that any other baby would receive.” Then he added, “Is that too much to ask for?”

Unfortunately, once again, it was; 41 senators, all of them Democrats, voted to block the Born-Alive Abortion Survivors Protection Act, which was sponsored by Nebraska Senator Ben Sasse.

Again, like the previous piece of legislation, the title accurately describes what the measure seeks to accomplish. Unlike many other pieces of legislation, the language of the measure is straightforward and easy to understand: “If an abortion results in the live birth of an infant, the infant is a legal person for all purposes under the laws of the United States, and entitled to all the protections of such laws.”

Furthermore, “Any health care practitioner present at the time the child is born alive shall . . . exercise the same degree of professional skill, care, and diligence to preserve the life and health of the child as a reasonably diligent and conscientious health care practitioner would render to any other child born alive at the same gestational age.”

That this Act is considered controversial proves that the ideology of abortion has slipped any of the surly bonds of rationality. Given the straightforward clarity of the Born Alive Protection Act’s title and substance, the language used by its opponents should be noted too.

In an online article that practically celebrates the failure of these two bills, CNN called the Born Alive Protection Act an “abortion restriction bill.” Perhaps they received that talking point from Planned Parenthood, who claimed in their communication that the bill pushes “misinformation meant to end access to abortion.”

But the bill says nothing at all about a woman’s access to abortion. In fact, it acknowledges the fact of abortion. It even assumes an abortion was attempted and does nothing to penalize or criminalize anyone seeking or anyone performing an abortion. All it does is confront the reality that babies sometimes survive abortion attempts.

But the worst abuse of language award still goes to CNN, for this line from the article, “…the Born-Alive Abortion Survivors Protection Act, would require abortion providers to work to ‘preserve the life and health’ of a fetus that was born following an attempted abortion as they would for a newborn baby…”

I am not making this up. CNN reporter Caroline Kelly literally referred to “a fetus that is born” and contrasted that with a “newborn baby.”

All of this underscores something Chesterton said, “If words aren’t worth fighting for, what on earth would be?” Or even better, one attributed to Confucius, “When words lose their meaning, people lose their lives.”

Simply put, Christians must engage this battle at the level of language. Words matter. Definitions matter. Truth matters. And human lives are at stake.