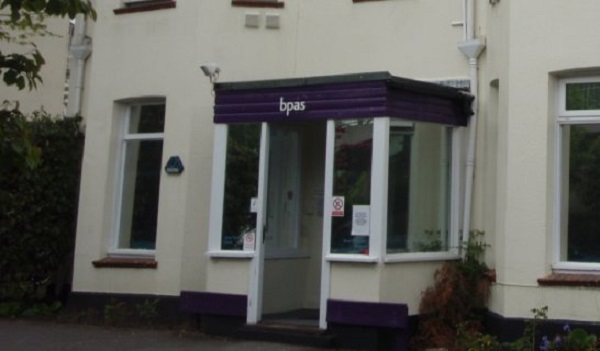 It is now over three years since the Care Quality Commission (CQC) forced Marie Stopes abortion clinics to suspend services for younger and vulnerable women, and all second trimester surgical abortions. The inspection reports revealed a litany of safety abuses, which, at least at the time, caused a media scandal.

The reports made clear that poor governance was behind many of the problems at Marie Stopes. This was certainly what Ann Furedi, head of the UK’s other major abortion provider, put it down to. She said at the time: “In response to a question on how I thought my board would respond in a similar situation, I said I thought they would take it extremely seriously. A failure of clinical governance in an organisation that is a specialist provider of abortion services is of the utmost seriousness and I would expect to see it being treated as a resignation issue for the chief executive.”

Three years on, and the scandal has died away. However, the CQC continues to inspect and report on abortion clinics, both Marie Stopes and BPAS. In 2017, the watchdog introduced ratings, in an attempt to prove standards. So what are these reports saying? And is BPAS any better than Marie Stopes?

Following the 12 damning inspection reports published in December 2016, which summarised findings from 10 of MSI’s registered locations in England, its call centre and its UK administrative office, the CQC carried out an unannounced inspection in February 2017. This led to a warning notice being served under Section 29 of the Health and Social Care Act 2008 in respect of Regulation 17: Good Governance.

Several particularly critical reports in the MSI clinic in Maidstone followed, then a focused inspection in November 2018, to follow up on points of concern raised within the Section 29 notice. The latest provider level report, published in January 2019, “found that the service had improved and adequate actions had been taken to meet the requirements of the Section 29 warning notice.” However, many problems remained, especially with leadership and governance.

At the time of the original Marie Stopes reports, BPAS CEO Ann Furedi was very critical of the MSI leadership (although she denied calling on chief executive Simon Cooke to stand down). Nonetheless, the implication was very much that such a thing would not happen at her clinics. And for a time, that seemed to be true. BPAS clinics were killing hundreds of unborn babies every day, but they seemed to be efficient in what they were doing, and adhered to the basic “safety standards” required of them ( albeit “safety standards” is an odd term to use in a connection with  a procedure that intends the death of one of the human beings involved.)

However, BPAS’ claims to be so superior were soon put to the test. Just a month after the publication of the MSI reports, the BPAS clinic in Merseyside was heavily criticised by the CQC over a litany of safety abuses. The local NHS trust had carried out a review because they had identified that there had been 16 serious incidents related to the service reported between January 2013 and February 2016. The service itself reported to the CQC that 11 women were transferred for emergency hospital treatment after suffering serious injuries between January 2013 – March 2016, including eight cases in a 15 month period from January 2015 – March 2016.

Frequently sending women to A and E

And while MSI seems to have made some improvements following the CQC reports (all inspected recently have been rated good), it’s not clear that the same is true of BPAS. Two years later, the Merseyside clinic was rated as “requires improvement” – the first clinic to receive such a rating since the system was introduced. Among the findings in the report, published in September 2018, are six cases of women who “required urgent medical attention due to complications and were transferred from the service to another healthcare provider between January and December 2018.” Most damningly, the CQC were actually contacted by the local NHS trust in March 2018, “who raised concerns regarding the frequency of patients coming to them from BPAS Merseyside.”

And it is not just this clinic. This last month has seen the CQC publish two reports on bpas clinics – and neither makes pleasant reading. The Streatham clinic was given the worst rating since they were introduced, being given “requires improvement” overall, and is the first abortion facility in the country to be ranked as “inadequate” on one criteria (leadership). Much of the report focuses on personnel, saying that “the service did not always make sure staff were competent for their roles.”

Worst of all, given Ann Furedi’s comments about leadership, inspectors ranked it as “inadequate” and said that “local leaders did not always have the skills and abilities to run the service”, and “staff did not always feel respected, supported and valued” and “risks were not always fully identified, and actions taken to reduce their impact”.

This week, SPUC has highlighted the CQC report on BPAS Doncaster. This one actually breached a safety regulation, with inspectors reporting that ‘Care and treatment was not always provided in a safe way for patients.’ A particularly concerning section of the report highlighted the case of a 15-year-old girl who had developed sepsis, which could have been treated quickly had early warning scores (MEWS) been completed when the girl was admitted. In addition, girls as young as 13 having surgical abortions were being treated in the same way as adults.

So, has Ann Furedi resigned over this series of poor inspection reports, particularly as they highlight concerns about leadership? No. In fact, BPAS are being very quiet over these reports, only commenting to the Wandsworth Times over the Streatham inspection, insisting that “The provision of high-quality care is central to our ethos”. So far, despite SPUC putting out a press release on Wednesday, there has been no media coverage of the Doncaster clinic.

Perhaps the only reason BPAS gives the impression of having higher standards than Marie Stopes is because they have a more effective media relations department.