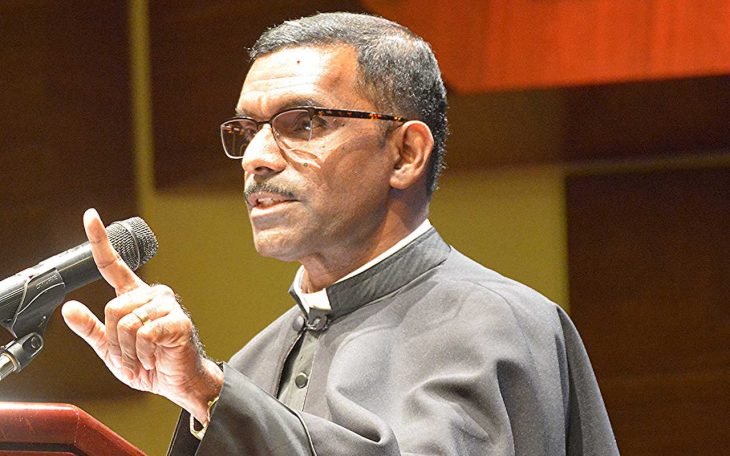 An Anglican pastor advocated for the killing of unborn babies in abortions Wednesday, claiming the mother’s right to choose is more important than an unborn baby’s life.

The Very Rev. Sean Major-Campbell, a pastor in Vineyard Town, Jamaica, argued that he does support the right to life – the woman’s right to life anyway, according to Barbados Today.

“To deny a woman access to safe and legal abortion is clearly an affront to ethical health practices; respect for self-determination; and most of all, the woman’s right to life,” Major-Campbell said.

Speaking to a group of Anglicans in Barbados, Major-Campbell went so far as to claim that supporting abortion is one of the “most Christian things we may do,” the report states.

“It seems most appropriate for the woman to be the final decision-maker in the matter since she is the greater burden bearer; since she really bears the challenge alone; since her physical, psychological, and emotional investments would far outweigh that of the father, doctor, pastor, and so on,” the pastor said.

He said women alone should be the ones to decide if their unborn baby lives or dies, whether they have been raped or their baby has a genetic disorder or they just do not feel ready to take care of a baby.

“Should the life of the foetus ever take precedence over that of the mother?” he asked.

According to the report, Major-Campbell also claimed the Anglican Church may be losing young members because it does not support abortion, and compared protections for unborn babies to slavery.

He said: “We are seeing a generation of young people who are reading and researching and they know that the church with all its pompous preaching, has walked through the history of the transatlantic slave trade and the attendant crimes against humanity during the holocaust of slavery, while holding the Bible piously and feasting on holy communion, and still oppressing and hating and abusing and disregarding fellow humanity.”

Today, he claimed, women are oppressed because they cannot choose abortion. Except in very limited circumstances, Jamaica and most other Caribbean countries protect unborn babies from abortion under the law.

Major-Campbell claimed he is not advocating for abortion on demand, “but for promoting the reproductive health rights of women, promoting the voice of reason, promoting the dignity of life, and promoting respect for the ability of the oppressed to make their own choices.”

His views, however, are outside the mainstream for most Christians, including many Anglicans. Back in 2009, the founders of the Anglican Church in North America, a conservative alternative to the pro-abortion Episcopal Church USA and the Anglican Church of Canada, affirmed a pro-life view on abortion in their founding constitution.

Christianity teaches that every human life is valuable because he or she is created in the image of God, and unborn babies are valuable human beings. Protecting an unborn baby’s right to life does not take away the rights of the mother. Both can be protected, valued and loved equally.