When President Trump speaks tonight before Congress and the nation, he will not just be speaking to millions of viewers. Trump will also be addressing quite a number of special invited guests, including Ellie Schneider.

Little Ellie is nothing short of a miracle and could have easily become a victim of abortion.

Ellie arrived from her mother’s womb so early that most hospitals in her Kansas City, Missouri home could not treat her. Born after just 21 weeks of pregnancy and just a little bigger than a can of soda, Ellie had a slim chance of survival. But her parents had faith, and the doctors at Saint Luke’s Hospital worked hard to save the tiny infant’s life.

Now, this little girl, as small as a can of soda, will be a special guest of the president. As the White House web site says:

“Ellie was born at just 21 weeks and six days. She is one of the youngest babies to survive in the United States. With the help of an incredible medical team—and the prayers of her parents and their community—Ellie kept beating the odds, exceeding milestones, and fighting for life. Today, Ellie is a happy, healthy 2-year-old girl who brings endless joy to her mother, Robin, and her entire family.” 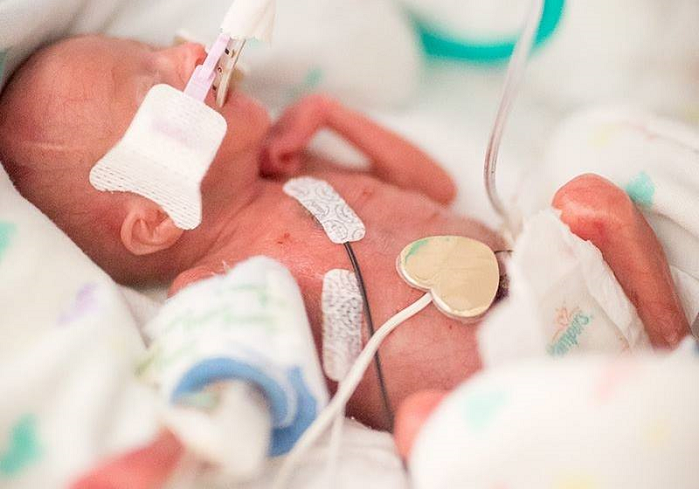 “One of his special guests this evening, Ellie Schneider, was once completely vulnerable, but she survived being born at 21 weeks and is now 2 years old. It is tragic that babies like Ellie have no legal protection against losing their lives to abortion in certain places across our nation,” Rose said.

“She had all the odds stacked against her,” Carr said of Ellie previously. “She had parents that had a very deep faith. They just continued to believe, we all kept working on and continuing to believe in her and she did well.”

Thanks to President Trump, that recognition of life will be honored.