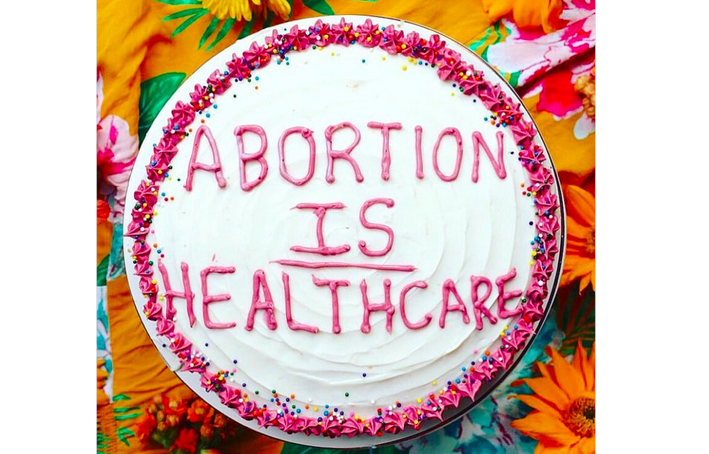 Did you know that if you repeat the same phrase over and over on social media, it will suddenly manifest as an articulate syllogism? You may need to use capitalization or the universal “hands clapping” emoji which converts your unfounded assertions into sound arguments that are sure to convince even the most stubborn political opponent! Sometimes called the “Beetlejuice” transformation, this new persuasion tool has streamlined civil dialogues into surface-level slogans guaranteed to get you likes from your followers faster than you can say “unproductive monologue!”

So, let’s address one of the most common slogans repeated by the pro-choice lobby: “Abortion is healthcare.” There isn’t a shred of actual argumentation going on in this statement, but I am going to respond to it anyway because pro-life advocates should do better than simply shouting back, “Abortion is NOT healthcare!” We need to explain why this misogynistic rhetoric is unhelpful to the larger discussion about abortion legality, ethics, and access.

Proponents of legal abortion access will be incredibly unhappy that I am claiming the statement “abortion is healthcare” is sexist, but, rest assured, I do not say this flippantly. I am going to defend that claim in a moment through a feminist framework. (Finally, a chance to apply my minor in Women’s Studies Gender and Health!)

In this article, I explain why defending legal abortion access with this statement plays into a male hegemonic narrative that has harmed women’s health for decades and should be abandoned by anyone who believes that female reproductive health should be treated by health professionals with the same respect and dignity as male reproductive health. I am not saying that you have to oppose legal abortion or “you’re not a real feminist.” I am saying that the statement “abortion is healthcare” is discriminatory language against female bodies, and you can and should do better to defend your viewpoint on abortion.

Let’s try and make this slogan into the best argument it can be:

Healthcare can be preventative to maintain wellness, like a flu shot, or it can be restorative, like occupational therapy after an injury. The exact definition of healthcare includes both of these categories:

I will explain why it is factually incorrect to classify abortion as preventative, and then I will explain why it is sexist to classify abortion as restorative. If you want to say that abortion is healthcare, but is neither preventative nor restorative, then you must argue that the current definition of healthcare is too narrow. Normally, you would bear the burden of proof to argue why that is justified, but I am going to explore it anyway to save some time. If you say we need a broader definition, then you will inevitably run into larger problems, or you will be incredibly inconsistent. I address this in the third section below (under “Broadening the Definition of Healthcare to Include Abortion”).

Think about some of the difficult circumstances that women and families face which pro-choice people bring up to justify abortion. There is usually a legitimate compassion for people in those difficult situations coupled with the idea that abortion access gives them agency to combat their circumstances and allows the rest of us to allocate resources into helping children that “are already here” and in need.

The human organism that is killed in abortion is already physically present and biologically classified as alive, not about to be created or soon-to-be alive or soon-to-be human. Is that human embryo’s life valuable? Should it be given the same moral consideration as an adult woman? Or is that life as meaningless as a tumor? These are all ethical questions which can only be answered using philosophy, not any branch of science or any amount of empirical data. Abortion is not simply a medical question, and if you try to pretend otherwise you will come across as uninformed, so avoid making this mistake (which is committed by both pro-life and pro-choice people). For further reading about this specific subject, I highly recommend J.P. Moreland’s brilliant book Science and Scientism.

Because we are talking about abortion in the context of healthcare, it is only fitting to evaluate whether or not it is preventative from a scientific perspective. Embryology tells us scientific facts, one of which is that a human organism is killed by abortion. The purpose of an abortion procedure is to ensure embryonic or fetal demise. That’s the whole point. On the other hand, the purpose of contraception is to prevent embryonic life. That’s the whole point. They are different in kind.

Restorative healthcare is treatment that seeks to combat pathology in one way or another. It plays an important role in reproductive healthcare just as in any other kind. For example, a person struggling with infertility might seek restorative treatment from an endocrinologist, nutritionist, or another medical expert to combat whatever pathology is causing their reproductive system to malfunction. However, pregnancy is something the female body does when it’s functioning well, not something it does when it’s broken.

In order to say abortion is restorative, you must pathologize the healthy, functioning female reproductive system. It doesn’t get much more misogynistic than saying that the distinctly female human ability to gestate babies is a sickness that should be corrected with medical intervention. This kind of thinking is predicated on the sexist belief that the male body is the normal human model and the female body is an abnormal variation. The narrative of what is ideal versus pathological has real world consequences because how we define anatomical norms shapes societal, cultural, and political beliefs.

You might think my argument so far seems a little weird; after all, pro-choice people don’t think that all of pregnancy is some sort of illness that must be stopped! They just think that women should have access to abortion because sometimes that would be best for her wellness. She is the one deciding what would be best for her wellness, with her doctor’s help. The problem with this line of thinking is that from a medical perspective, either something is pathological or it is not, regardless of the subjective desires of the patient. Pathology, diagnosis, and treatment are based on objective facts. It is incorrect to say that some pregnancies must be stopped for the sake of wellness while others are perfectly fine to continue dependent on the patient’s wishes. You can’t radically relativize medical facts and say that your position is the “scientific” or “rational” one.

By contrast, there are objective cases when a pregnant woman’s life is at risk because of some pathological conditions related to the pregnancy. In these cases, there is a legitimate pathology that is not simply the functioning female reproductive system. Often people bring up ectopic pregnancy as an example. This is when the embryo is developing outside of the uterus. It isn’t a matter of subjectivity. If the embryo doesn’t die on its own, there must be medical intervention to save the woman’s life, independent of how she feels about the pregnancy. It is not sexist to say “we need to use medical intervention to solve this problem and save her life” because it doesn’t consider the healthy female body to be the problem; rather, it correctly identifies a legitimate pathology, that isn’t the pregnancy itself, to be the problem.

Broadening the Definition of Healthcare to Include Abortion

Redefining healthcare to remove the aspect of maintaining or restoring well-being leaves us with a definition like “[some sort of intervention or action] by trained and licensed professionals.” That is a really broad definition, but I have struggled to find other qualifiers around healthcare to add to this definition that don’t immediately fall apart by excluding too many obvious examples of healthcare which we would consider to be uncontroversial cases.

If we put this broader definition to the common-sense test, we can immediately find larger problems. For example, many communities who practice female genital mutilation (“FGM”) have elderly women in their community perform the procedure, but in some cases medical professionals perform FGM. This is sometimes called the “medicalization of FGM.” It is widely understood that there is no “safe” version of (or medical justification for) FGM, even if it is preformed by a licensed physician. This horrific procedure is rightfully recognized globally as a human rights violation, but if we applied this broad definition of healthcare to FGM then it would pass our test. It would technically be considered healthcare—because recall that under this broad definition, any act or intervention performed by a licensed medical professional is healthcare. If we are looking at any kind of intervention, not just ones that restore or maintain well-being, then we are including ones like FGM that can cause significant adverse effects to the person’s well-being “as long as they are done by a medical professional.”

The Necessity of an Ethical Argument

So, if the “abortion is healthcare” slogan doesn’t work as an argument, what is it that the people shouting it are trying to say? They’re trying to appeal to abortion as something that is merely medical or scientific, not ethical: “If you’re against abortion rights, you’re against science, because ABORTION IS HEALTHCARE.” But I’ve shown repeatedly that abortion can’t be justified solely by an appeal to science; it’s an ethical question, and muttering “healthcare” under your breath can’t bring it out of the realm of ethics and into the field of medicine. [Tweet that!]

There is a general attitude of “this shouldn’t even be up for debate.” It is an attempt by activists to throw around the weight of scientific language and pretend their position has objective authority. This is straight-forward rhetorical cheating to escape actually defending your ideas. It relies on the faulty presupposition that science is the only way to discover truth and that ethics is mere opinion; this is why they feel the need to dress up their ethical arguments with scientific language.

When people don’t know how to articulate their ideas well, they will often try to bolster their hand with identity trump cards. Pointing the finger at your political opponent to say if they disagree it can only be because they are morally inferior is a desperate attempt to win the argument without intellectual honesty. If you want to say that the only reason someone could possibly disagree with you is because they are a bad person, not because they may have a perspective you haven’t considered or rational arguments that you haven’t thought of, then you are locking yourself in a confirmation bias bunker.

LifeNews Note: The post [“Abortion is Healthcare”: A Misogynistic Non-Argument] originally appeared at the Equal Rights Institute blog.  Click here to learn more about our pro-life apologetics course, “Equipped for Life: A Fresh Approach to Conversations About Abortion.”