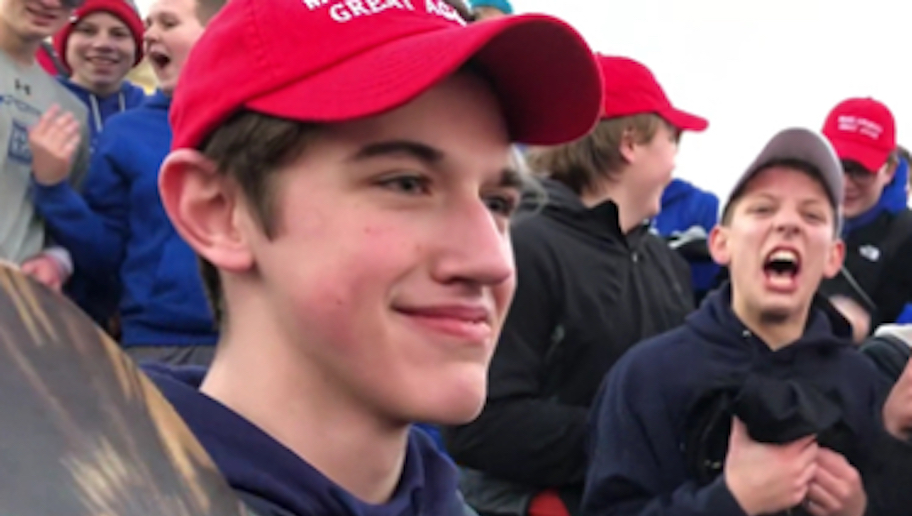 Students from the Kentucky high school became the subject of national media criticism in January after the March for Life in Washington, D.C. A video clip showing part of Sandmann’s interaction with Native American activist Nathan Phillips led to the students being branded as racists and instigators. Later, a longer video of the interaction surfaced, disproving claims against Sandmann and the other students.

Sandmann’s lawyers are accusing multiple news outlets of negligently reporting on what happened and damaging the teen’s reputation.

On Thursday, U.S. District Judge William Bertelsman agreed that the case against NBC merits further examination by the court, Fox Business reports. The judge said the accusations are libelous if the teen’s lawyers can prove that NBC wrongly accused him of blocking Phillips and not allowing Phillips to retreat.

Lawyer L. Lin Wood celebrated the decision as a “huge win” for Sandmann. They are asking for $275 million in damages, according to the report.

In late October, Bertelsman ruled that Sandmann’s lawsuit against the Washington Post also may move forward.

Attorney Todd McMurtry told Fox News that “Nathan Phillips presented a false factual narrative when he described what happened” with Sandmann. Phillips accused the student of blocking him from leaving; however, a longer video of the encounter showed that Phillips was the one who approached Sandmann.

The students and their families received death threats because of the accusations, and their school was forced to close several days because of security concerns.

Many mainstream media outlets accused Sandmann and other students of harassment and racism in January after a heavily edited video showed the teen face to face with Phillips, a Native American activist. Longer video footage of the incident later disproved many of the claims against Sandmann and his peers.

An independent investigation also disproved many of the accusations. The report by Greater Cincinnati Investigation, Inc. states that the pro-life teens did not initiate the confrontation or use any racial slurs against Phillips or the Black Hebrew Israelites group, which also was protesting nearby.

Previously, attorney Lin Wood said Phillips told “lies and false accusations” about Sandmann and other students after the Jan. 18 incident. Phillips did not participate in the independent investigation. According to Townhall, Phillips lied about the students chanting “Build the wall!” and about his Vietnam service.

The student’s legal team sent letters to 52 different entities demanding that they retract their statements against the students. A list of the 52 entities can be found here.

“There was a rush by the media to believe what it wanted to believe versus what actually happened,” McMurty said previously.

Despite the evidence, left-wing activist Kathy Griffin and others were adamant in their criticism of the teens and the teens only. There was little condemnation of the Black Hebrew Israelite adults who shouted profanities and racial slurs at the students and Native Americans, or of Phillips who claimed the students got in his face when video evidence indicates that he approached them, according to Reason.

In a statement after the incident, Sandmann said he was confused by the whole situation and he smiled only to let the other protesters know that he would not be intimidated.