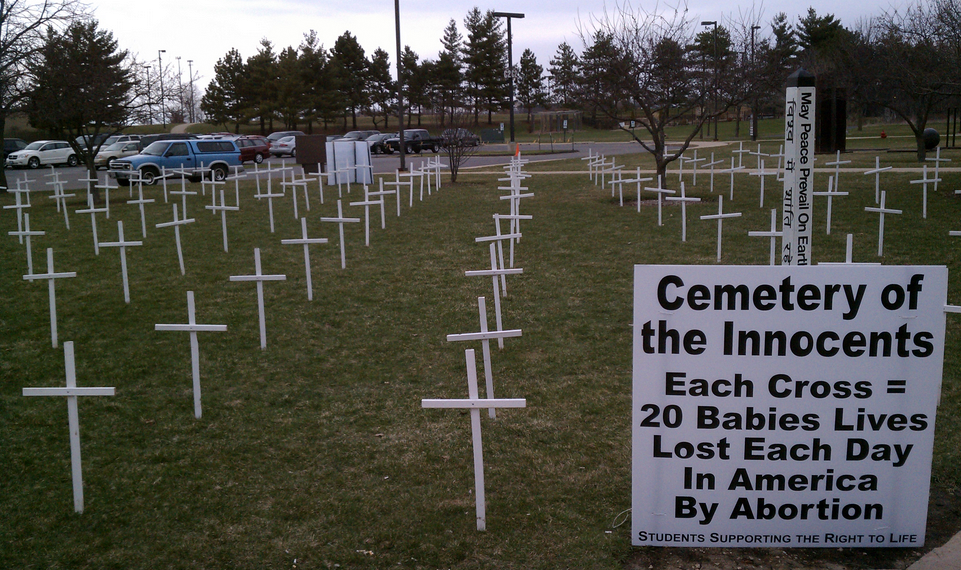 A student says her Christian college refused to allow her to set up a pro-life display on campus because it would have been too “divisive.”

The Blaze reports Rocky Mountain College student Emily Kokot recently requested permission to set up a display of crosses to represent the number of babies whose lives have been lost to abortion. She is the secretary and treasurer of Young Americans for Freedom, a conservative student club.

The Billings, Montana college is affiliated with several Christian denominations, including the Presbyterian Church, the United Methodist Church and the United Church of Christ; but, despite Christian teachings about the sanctity of life, the administrators refused to allow the display, according to the report.

Kokot said Dean of Students Brad Nason opposed the pro-life display, arguing that it would remove students’ “right [to] choose to engage or not engage” with divisive topics.

“I’m sorry Emily, but that is not a program that would be allowed at RMC. The College has no objection to discourse and dialogue about/around the pro-life movement, but we draw the line at public displays of divisive topics,” Nason wrote in a letter to Kokot. “A physical ‘memorial for abortion victims’ falls into that category.”

He said the college recently refused permission for another controversial display with “liberal messaging” on the topics of immigration, racism and climate change.

Kokot replied by referring to the Student Code of Conduct, which encourages students to challenge each other intellectually and to seek to understand different points of view.

Nason disagreed, responding: “If we allow a public display, we have effectively eliminated every student’s ability to choose to engage or not engage with that issue. The pro-life/pro-choice debate is incredibly divisive and in the College [sic] view, a public display is confrontational. We believe the College community has a right to choose to either engage in a program or not.”

The legal group Foundation for Individual Rights in Education (FIRE) also wrote a letter to the college advocating for freedom of speech on Kokot’s behalf, Campus Reform reports.

Pro-life students are facing increasing resistance by school administrators across the country. Earlier this month, a Florida public high school refused to allow a student to form a pro-life club. The pro-life legal group Alliance Defending Freedom is involved in the matter.