The largest 40 Days for Life campaign ever has come to an end…and we have 454 confirmed reports of babies saved from abortion–with reports continuing to come in!

Save the date for Tuesday, November 19, as we’ll host a special LIVE video webcast to recap how your prayers and witness saved lives and changed hearts worldwide!

Having survived their abortion appointments, the children you helped save from abortion this fall will live to see countless precious milestones: first breaths, first words, first steps, first days of school.

There’s a lot to look forward to!

For many, the next milestone event is a baby shower.

Pearl from the Bronx has a volunteer who follows up with every mom who chooses life and throws her a baby shower.

“We all get the honor of contributing to each baby shower,” Pearl said.

Having learned of 3 saved babies in the Bronx this campaign, Pearl’s volunteer will be busy! 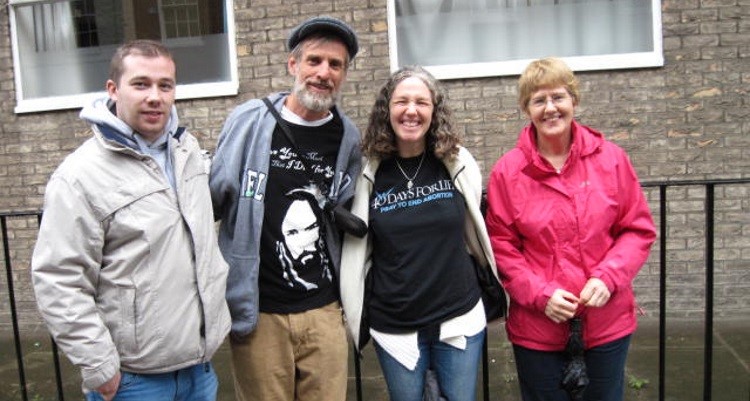 When she found out her adult daughter was pregnant and planning to have an abortion, a New York woman called Schenectady campaign leader Viviane to ask what could be done.

Viviane compassionately guided the woman, providing emotional support, offering information on crisis pregnancy resources, and advising her on how to approach her daughter.

Meanwhile, Viviane mobilized her prayer warriors to storm Heaven for the family.

“After conversations, setbacks, and tears, the woman called Viviane with tears of joy–this time to tell her that her daughter and the father had decided to keep the baby,” reported Larry, a campaign participant. “God is working in ways we cannot even imagine!”

And Viviane has been invited to the baby shower!

Vigil participants in Greenville faced some of the nastiest persecution of any campaign this fall–including young children using vulgar language and gestures with parental encouragement.

Fortunately, 40 Days for Life volunteers persevered, and their patience resulted in a saved baby!

Valerie in Greenville scheduled her closing rally to double as a baby shower for the expectant mother.

The rally’s keynote speakers are Marietta, Georgia campaign co-leaders Suzanne and Rachel Guy, who also closed their campaign with a baby shower for one of the FOUR moms who chose life during their vigil!