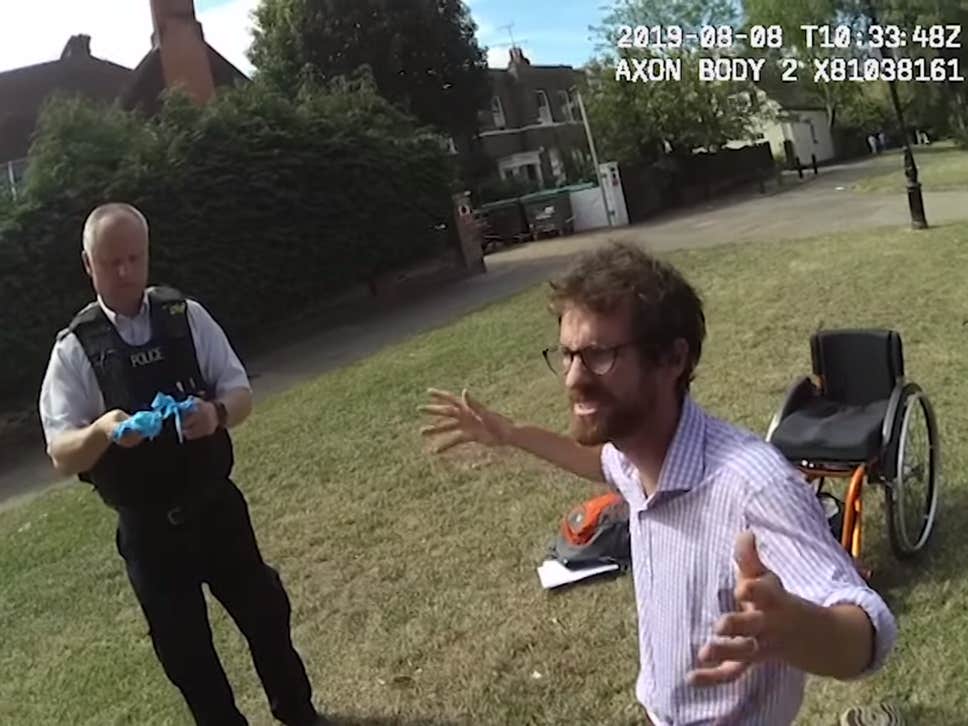 A British man recently was arrested simply for praying for women and unborn babies outside of an abortion facility in West London, England.

Christian Hacking may be the first person to be punished for violating the new buffer zone ordinance around the Marie Stopes abortion facility in Ealing, according to The Independent.

Last year, the Ealing Council unanimously approved the 100-meter (328 foot) buffer zone, which censors pro-life outreach. Those who violate the buffer zone may be punished with fines or jail time. Pro-life advocates are challenging the ordinance in court.

Hacking, who uses a wheelchair due to a back injury, was praying outside the abortion facility on Aug. 8 when police arrested him for violating the ordinance, The Independent reports. According to police, the 29-year-old was praying for God to “end the shedding of innocent blood” and to “have mercy upon the mothers” when he was arrested.

His lawyers said he spent eight hours in jail before the police released him on bail.

This week, the Crown Prosecution Services notified Hacking that the charges were dropped because there was “not enough evidence to provide a realistic prospect of conviction,” the report states.

A Marie Stopes spokesperson called it “disappointing” that Hacking was not punished, and described prayer as a form of “harassment.”

Alina Dulgheriu, a pro-life advocate with the Be Here For Me campaign, knows the devastating impact that buffer zones can have on women and their unborn babies. Years ago, she planned to get an abortion because she felt like she did not have any other options. A pro-life sidewalk counselor helped change her mind.

“So I made my choice, but once I walked through that gate, there was a woman there saying, ‘we can offer you help’. Then I felt that I did have a choice. I can choose, yes or no. I chose not to go ahead with the abortion because I was given another option by the woman at the gate,” Dulgheriu said.

Now, she and her daughter reach out to women outside abortion facilities, providing them with the same information and hope that she received years ago.

Pro-life advocates are not giving up their efforts to protect unborn babies and mothers from abortion. They still are finding ways to reach families in need with information and support as they challenge the buffer zone.

“What we are witnessing is a sinister cultural shift where the basic tenets of freedom and democracy are being gradually dissolved,” he said in August. “At the heart of this disorder is the abortion industry which needs to suppress truth to allow its dreadful business to continue. Those who support democracy should be at our side in opposing abortion clinic buffer zones.”