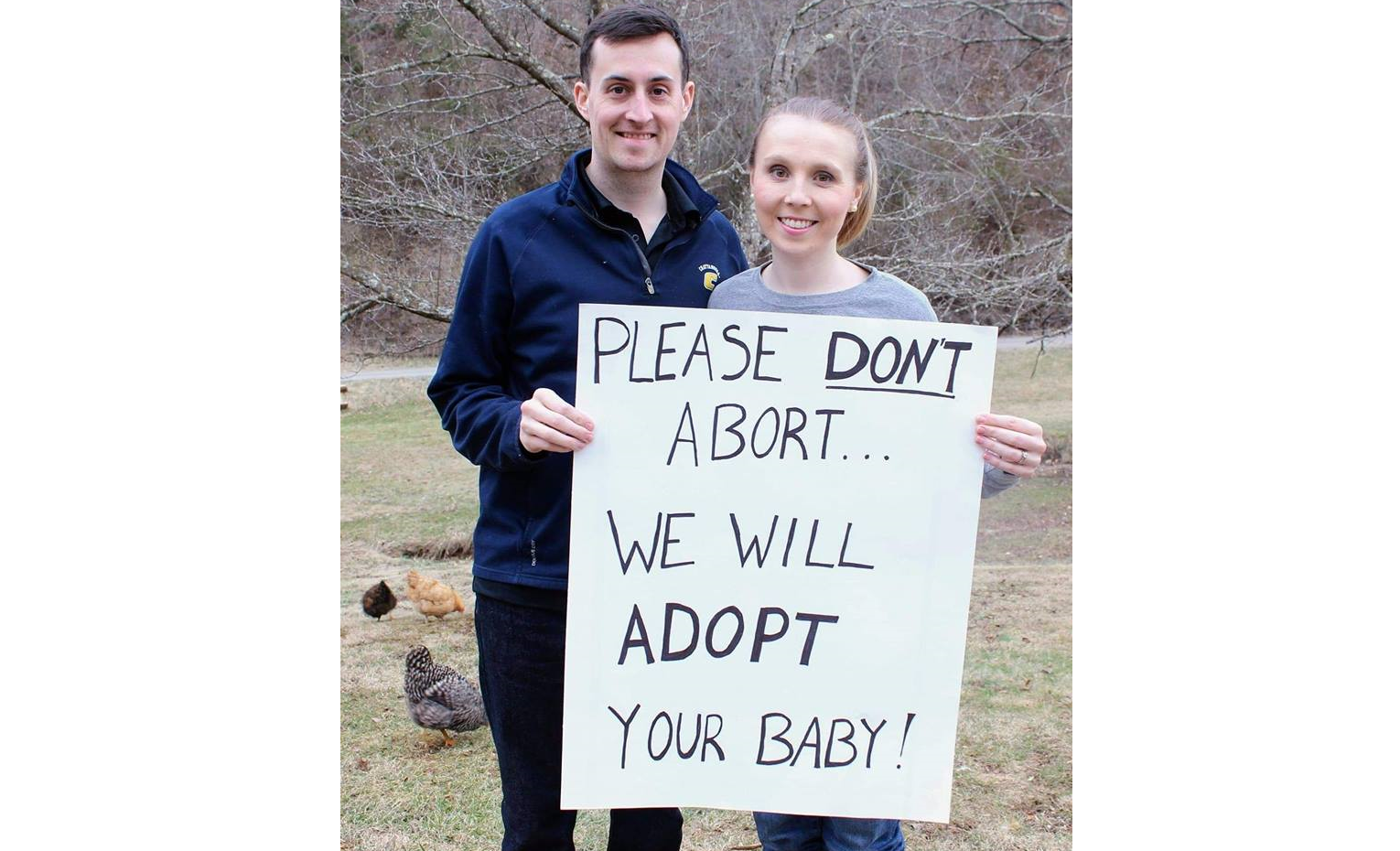 When a Virginia couple saw the news that New York had legalized abortions up to birth, they were heartbroken. They were moved to take action and adopt a child who might be aborted instead.

The couple took their desire to adopt one step further and they made signs that read: “Please don’t abort … we will adopt your baby.”

The picture went viral… and here’s more on how they just adopted a boy from eastern Europe:

“We believe as Christians that we are called to love and care for orphans,” Sarah Thomas told Fox News recently.

Soon after the post went viral, the Thomas’ agreed to adopt a child, but that fell through. To their surprise and joy, the mother decided to keep and parent the baby.

However, their wishes of taking a child in were answered, and they told Fox News they are in the process of adopting an 11-year-old boy from Bulgaria.

“We recently felt God burdening our hearts for older orphans, specifically boys who statistically are the least likely to be adopted,” Sarah Tomas said. “We’re so excited to meet him and we’re amazed by how God has already filled our hearts with love for this boy on the other side of the world that we’ve never met.”

This child won’t be the first entering their family through adoption.

“God has given us a heart for the fatherless and 3 years into our marriage we were convicted of our selfishness in waiting for children and obeyed God’s calling to become foster parents,” Sarah Thomas said.

The Thomas family – who have a 1-year-old biological son – have also adopted Kayden, 3, through the foster care. They described him as a “blessing and such a joy.”

The couple also has been very busy helping connect many of the pregnant women to local adoption agencies. They said many women who have contacted them want to choose adoption over abortion – but they just don’t know where to go.