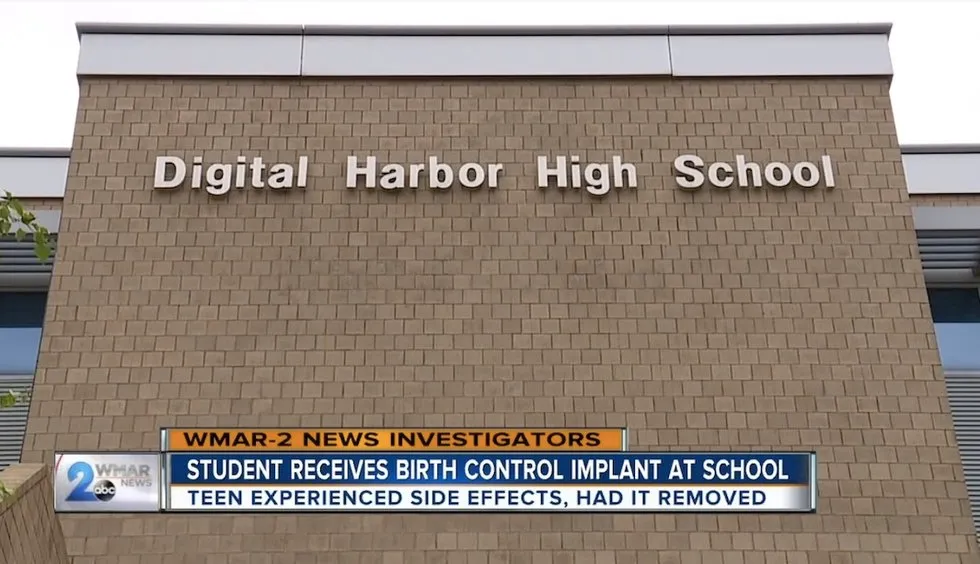 The mom of a 16-year-old girl couldn’t understand why her daughter was sick – complaining of headaches and pain in her arm. Then she made a horrifying discovery: a school nurse had implanted a long-term birth control in her daughter’s arm without her permission.

Nicole Lambert sent her daughter to get checked out by a pediatrician. The doctor notified her that the three-year contraceptive, Nexplanon, had been improperly implanted in her daughter’s arm and it needed to be removed.

According to paperwork on Merck’s website, the maker of Nexplanon, the implant should go on the inside of the upper arm. Photos show Lambert’s daughter had the implant near the back of arm. Her doctor advised taking the implant out to avoid possible complications, including blood clots.

“I instantly started crying because just to hear that your child, anything could happen to your child and you didn’t even know what’s going on, it’s a scary feeling,” Lambert said.

The tiny tube was removed a few days later.

“I actually went to the school. I was furious. I was mad, so I went to the school and the nurse told me, ‘I don’t have to talk to you about absolutely nothing.’ I’m like that is my child, I take care of this child, you can talk to me about my child, and they put me out of the school,” said Lambert.

Lambert is furious that school officials never consulted her about the birth control implant and is worried other girls may have been victimized:

“They call me for Tylenol, but they don’t call me about birth control,” said Lambert. “You gave my daughter this insertion so she might be suffering from that, but do they even look at that?”

Lambert’s relieved the implant was removed, but worries about other students and their parents still in the dark.

“Other kids out here could be going through the same thing and their parents don’t know about it. And I just think these kids, if they have it incorrectly or whatever it is, they should be checked because anything could happen to these kids,” said Lambert.

This is not the first time schools have been caught implanting birth control without parental permission.

LifeNews.com reported on a high school in Seattle, Washington that is now implanting intrauterine devices (IUD), as well as other forms of birth control and doing so without parental knowledge or permission.

The high school, Chief Sealth International, a public school, began offering the devices in 2010, made possible by a Medicaid program known as Take Charge and a non-profit, Neighborcare. Students can receive the device or other method free of cost and without their parent’s insurance. And while it’s lauded that the contraception is confidential, how can it be beneficial for a parent-child relationship when the parents don’t even know the devices or medication their daughter is using?

As it turns out, Chief Sealth isn’t the only school in Seattle doing this. As CNS News reports, more schools are fitting young girls — as young as 6th grade — with the devices and doing so without their parents knowing.

Parents, if you have children in these schools, you need to investigate and complain immediately. And all parents ought to take a look at the health policies of their young daughters’ schools to find out if a similar program is in place where you live.