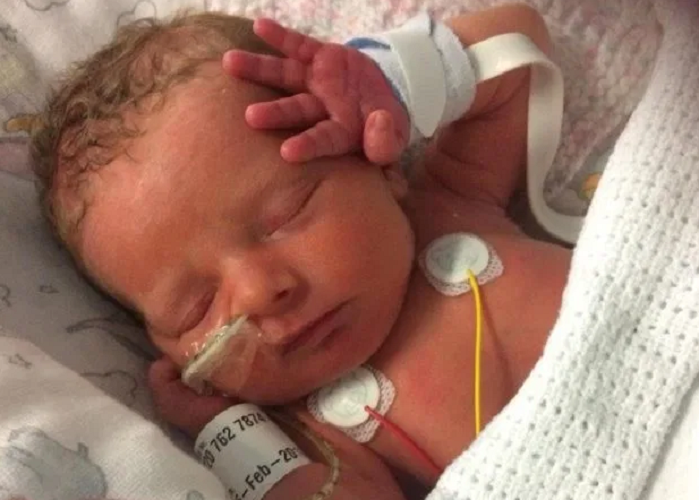 Abortion has become a deadly tool to discriminate against people with special needs.

All across the world, families report feeling pressured to abort their unborn babies after a poor prenatal diagnosis. Some do, after being told that it is more compassionate to kill their baby than give them a chance at life. But many others resist, knowing that their baby’s life is worth fighting for.

British mother Kiera Meldrum is one of those who fought. And today, her 6-month-old daughter, Lillee-Rose, is thriving, according to The Sun.

The 20-year-old from York, England, said she was told to abort her daughter approximately 14 times. The pressure began after her 20 week ultrasound appointment when Lillee-Rose was diagnosed with a rare bowel disorder called jejunal atresia, the report states.

Every week, when Meldrum went back for another scan, she said she was offered an abortion.

“Hearing that advice over and over again was horrific, but something told me Lillee-Rose would make it through,” Meldrum said. “I refused to terminate Lillee-Rose every time they told me to.”

She said she lost four previous unborn babies to miscarriages, and she did not want to lose her daughter either. She clung to the hope that Lillee-Rose would survive.

But more complications arose. According to the report:

At her 28-week scan, doctors revealed the baby’s bowel had ruptured and told her to terminate again.

Realising amniotic fluid was being transferred into Kiera’s stomach, doctors advised her to have it drained. But she was too scared of endangering her baby’s life and refused.

Kiera said: “My stomach swelled up enormously. It felt like I was carrying a giant painful water balloon against my tummy. Doctors said draining the fluid could hurt my baby and, after being told how poorly she already was, I knew I couldn’t do anything risky.

“I was in constant pain but I had to do everything I could to protect my baby – or I’d never forgive myself.”

On Feb. 26, at 34 weeks of pregnancy, Meldrum gave birth to her daughter. Lillee-Rose weighed a little over 4 pounds and gave her mother a huge sense of relief when she screamed for the first time, the report states.

Lillee-Rose underwent several surgeries and spent 20 weeks in the hospital, but now she is a healthy, happy 6-month-old, her mother said.

“She’s been diagnosed with an intolerance to lactose, but other than that, she’s growing up healthy and getting bigger and stronger every day,” Meldrum said. “I’m so happy I listened to my heart instead of the doctors. … She’s my little miracle.”

Meldrum’s situation is not unique. LifeNews has reported numerous stories of parents who were encouraged to abort unborn babies with medical problems. Many chose life, only to find that their baby was born healthy, while others who chose life went on to help their child receive the best medical care possible.

Tragically, babies in the womb are treated differently than babies who are born, especially when they have special needs. Parents frequently report feeling pressured to abort unborn babies with disabilities by doctors and genetic counselors.

But stories like the Meldrum family’s give parents hope and demonstrate that every unborn child’s life is worth fighting for.