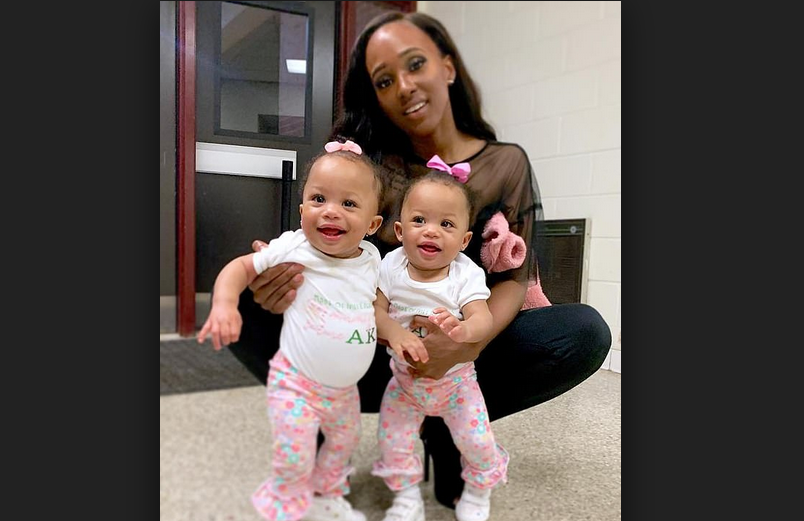 Montoya Major’s perseverance is an inspiration to mothers everywhere.

The 23-year-old single mom became pregnant not long after she started graduate school, according to the Today Show. Though her situation was extremely difficult – she was far away from family and studying for two different degrees, she chose life.

Later this month, her hard work and perseverance will come to fruition when she graduates from Nova Southeastern University – with her two young daughters by her side, the report states.

Major said she moved from Alabama to Florida several years ago to attend graduate school. Five months into school, she discovered that she was pregnant.

“My initial thought, when I found out I was pregnant, was, ‘What am I going to do with a child?’” she told the news outlet. “I was living in Florida, away from all my family and friends. Having kids was never a thought of mine. I wanted to pursue my degree and establish a career. I knew that now, my entire thought process would have to be re-evaluated, and I needed to figure out what to do next.”

Her shock increased when she found out that she was carrying twins.

“I cried like there was no tomorrow. I didn’t know what I was going to do with one baby, and now two!” she remembered.

She did not mention if she considered an abortion, but Major soon embraced the challenge of becoming a single parent. She said she immediately began making plans for her daughters’ arrival.

But things became even more difficult when the university encouraged her to quit school.

She knew things would be difficult, but manageable — but when she met with her program director, he advised her to take time off and return the following year.

“I was appalled and quite shocked,” she said. “I never had the thought of completely dropping from the program.”

The director gave her another option: She could take two or three weeks off after the birth of her children, but she would still be responsible for her standard workload, and no accommodations would be made otherwise. Major chose neither option, and returned to class just days after her Cesarean section.

“It honestly seemed as though everywhere I turned, there was another situation trying to stop me,” she said. “I felt alone and extremely exhausted. When the girls were sick, I had to miss days to care for them. When I simply just needed a break or to do schoolwork, I didn’t have that.”

This lack of accommodations is something many pro-life clubs with Students for Life work to change. They advocate for better support for pregnant and parenting students on campus, whether it be diaper changing tables or housing and scheduling accommodations. Some offer free babysitting, too.

Major persevered with little support on campus. However, she said she did have a lot of encouragement from family and friends at home in Alabama.

“They always encouraged me when I felt like I was ready to quit,” she said. “My dad is the reason I wanted to pursue my masters (degree) and was there pushing me, every day, to finish.”

Major said she finished her final requirements for school in July, and she is slated to graduate later this month. She earned a bachelor’s degree in cardiovascular sonography and a master’s in health science, according to the report.

And she gave her daughters all the credit.

“I have achieved not one but TWO degrees with the help of my beautiful daughters, for if it was not for them I would have never pushed myself to finish,” she said.