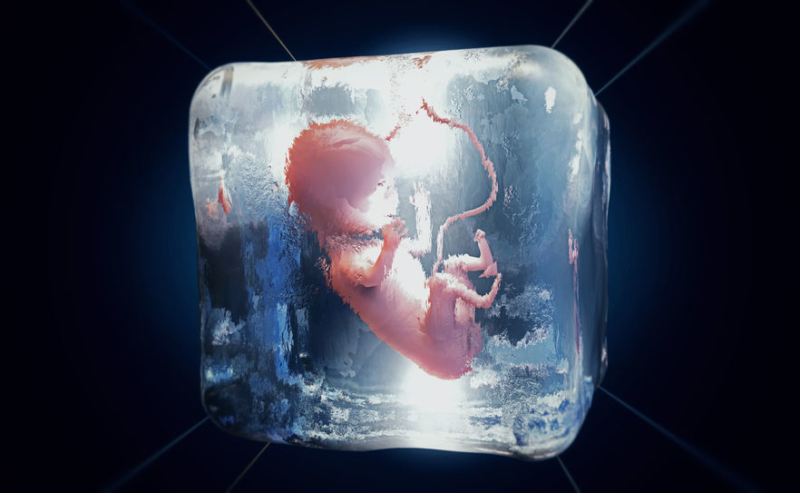 Earlier this month a heartbreaking story about an IVF “mix up” was reported. It seems the fertility clinic responsible for handling embryos during the IVF process accidentally implanted the wrong embryos into a woman. Instead of giving birth to twin daughters, the woman gave birth to two boys who were not genetically hers. Not only did this woman have to relinquish the children she just gave birth to, but the clinic has yet to locate her unborn daughters.[i] These cases may not be the norm but they’re not unheard of either, and as more infertile couples turn to IVF and more profit is to be made by the fertility industry,[ii] the frequency of these tragedies will increase.

Most people are rightly horrified by this story. Unfortunately, the conversations elicited by this story rarely extend to the broader debate surrounding artificial reproductive technologies (ART).  In vitro fertilization (IVF) is a type of ART, which involves,

[C]ombining extracted eggs and sperm in a lab. The process involves producing multiple embryos and transferring them. . . into the woman’s womb, in hopes one would implant and cause a pregnancy. Today, many embryos are usually frozen, as couples opt to transfer the most viable one at a time to avoid multiple births. Unused embryos may be stored indefinitely, donated to science or destroyed….[iii]

Sadly, not only are people not morally outraged by IVF, but they see it as a social good – the ends justifies the means. Some even think IVF as something they are owed by the US taxpayer.

Of course, infertility is a heavy cross to carry, and infertility caused by a combat injury even more so. No one is disputing the untold sacrifices that disabled veterans have made for this country, but even a disabled veteran is not above the moral law.

In 2016, with some qualifications, Congress authorized benefits for disabled veterans that covered IVF treatments, a benefit already available to active duty. Currently, the benefits for the disabled veterans must be reauthorized every year. It is the annual re-authorization of this program which, creates thousands of disposable embryos, that is in contention.[iv]

Putting aside the emotional aspect of disabled veterans, the arguments used to justify entitlement to this benefit are just as morally hollow as any other defense of IVF. According to one military wife, who’s already had three failed IVF attempts, and is now on her fourth try using donor embryos, “IVF gives . . . couples trying to conceive the ability to bond with their babies as soon as physically possible, unlike alternatives such as adoption and surrogacy. . . . By using donor embryos, you have all those memories, you have all those firsts. . . .You’re not having to make yet more sacrifices, more compromises.”[v]

It is absolutely frightening that the argument presented here isn’t even about a “right” to a child or “right” to be a parent. Rather, IVF and the destruction of offspring is justified based on a preferred way of bonding, making memories, and not comprising; all paid for by the taxpayer.

Proponents of IVF rarely, if ever, discuss the ethical and moral dilemmas associated with the child that they desire. “[C]ouples usually freeze many embryos, test for health problems and transfer the most viable one at a time to avoid multiple births. That often means leftovers once the desired family is complete.”  One study estimates that 1.4 million embryos are currently in frozen storage.[vi]

One reason so many embryos are left in storage is due to the hesitancy of couples who suffered from infertility, who went through so much to create a family, now must destroy their leftover offspring. Offspring who, if given the chance, could have been additions to the family they fought so hard to create.[vii]

It is evident that the issue of IVF is rife with moral questions and concerns: creation of embryos in the first place, the exploitation of vulnerable infertile couples at the hands of the fertility industry instead of focusing research on medical treatments that actually treat infertility, putting embryos in the wrong woman, the psychological trauma inflicted on couples, and of course the pressing issue of the destruction on leftover embryos.

I say “pressing issue” because these embryos are being created and destroyed right now. These embryos are being denied their humanity, treated like nothing more than a commodity. This is not some abstract debate; this is the very real situation we are faced with in this moment. If we believe life begins at conception, we need to start acting like it. IVF is a pro-life issue. No one else is going to defend the humanity of these children. Pushing policies that recognize the humanity of and protect frozen embryos should be just as important as pushing policies that protect children in the womb.

Until the pro-life movement addresses the moral dilemmas inherent with IVF, we will continue to live in a country where children are “misplaced” or put into the wrong mother; where the destruction of embryos is completely justified so long as people get what they want. It’s time for pro-lifers to step up.

​LifeNews Note: Ana Brennan, J.D., is the Vice President of the Society of St. Sebastian. She also serves as the Senior Editor for the Society’s publication, Bioethics in Law & Culture. Ms. Brennan began her pro-life activism in college, continued through law school, and ultimately worked at the national level in Washington, D.C. As a State Legislative Associate for the National Right to Life Committee, working closely with grassroots lobbyists, state attorney generals, and governors she helped state affiliates pass pro-life legislation.