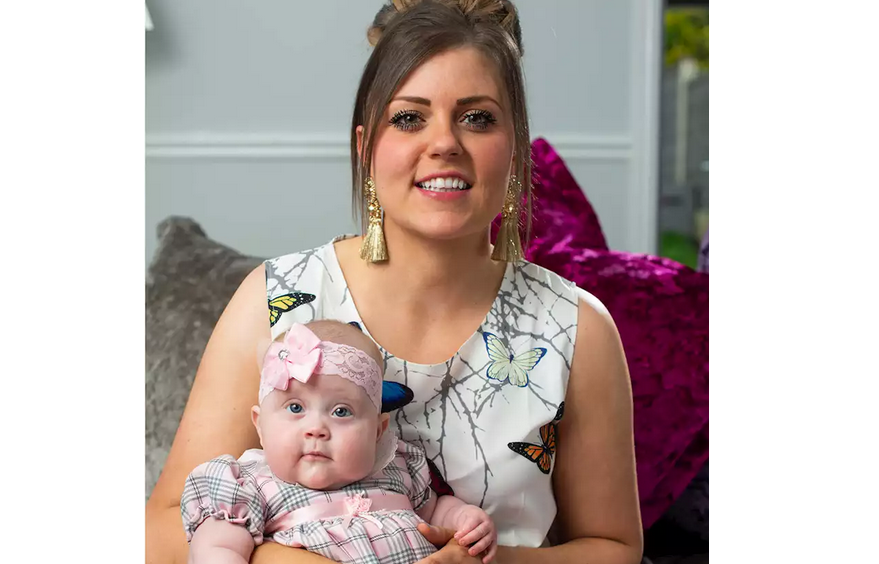 Ten times doctors urged Natalie Halson to consider aborting her daughter, Mirabelle, after she was diagnosed with spina bifida.

Halson told The Sun that Mirabelle was born Dec. 12, and, after a surgery to repair her spinal cord, she is doing well.

“I was offered an abortion at every appointment I had up until the day she was born – about ten times in all,” Halson said. “But I am so glad I refused. Mirabelle really is a miracle.”

Mirabelle was diagnosed with spina bifida during her mother’s 22-week ultrasound scan, according to the report. Halson, 29, of Manchester, said her doctors warned her that her daughter would have a poor quality of life, and repeatedly urged her to consider abortion.

“They made out like an abortion was my only option and explained that if I went ahead with the pregnancy my baby would be wheelchair bound and have no quality of life,” she said.

Instead, Halson, a radiographer, decided to do her own research to see what options were available for her daughter.

“I found out as much as I could and realized that there were options, I refused to give up on my baby but the medics just wouldn’t take no for an answer,” she said. “She was a proper little person at that point, it was vile to think they just wanted me to get rid of her.”

She learned about a new fetal surgery that helps repair the unborn baby’s spine in utero. The surgery has been successful in lessening the effects of the disease, but Halson said it was not an option for Mirabelle because of the way her spine had formed.

Refusing to give up, she insisted upon being transferred to a specialist who helped her understand the options for treating her daughter, according to the report.

“If I’d not had that time to do my research I might have even agreed to the termination,” she said. “I look at Mirabelle now and think ‘I wouldn’t even have known you.’ It doesn’t bear thinking about.”

On Dec. 12, she gave birth to Mirabelle at a Liverpool hospital; she weighed 7 pounds, 6 ounces, the report states.

Soon afterward, the baby girl was taken into surgery to refuse the nerves in her spine, her mother said.

“They operated on Mirabelle’s spine the day after she was born, it was a horrible anxious wait as it lasted about 12 hours, but the doctors were really happy with her progress afterwards,” Halson said.

Today, the mother and baby girl are doing well at their home in Manchester. Halson said Mirabelle’s legs respond to touch, and they go swimming every week.

She urged parents to do research if a doctor tells them that abortion is their best option.

“I would recommend to any parents who are advised to abort that it isn’t the only option, no matter what the hospitals try and tell them,” Halson said. “And always go with your gut instinct, something inside told me that my baby was going to be OK – and look at her now, she’s perfect.”

But as more families choose life and share their stories, there is hope that others will reject abortion and recognize the value of every baby’s life.