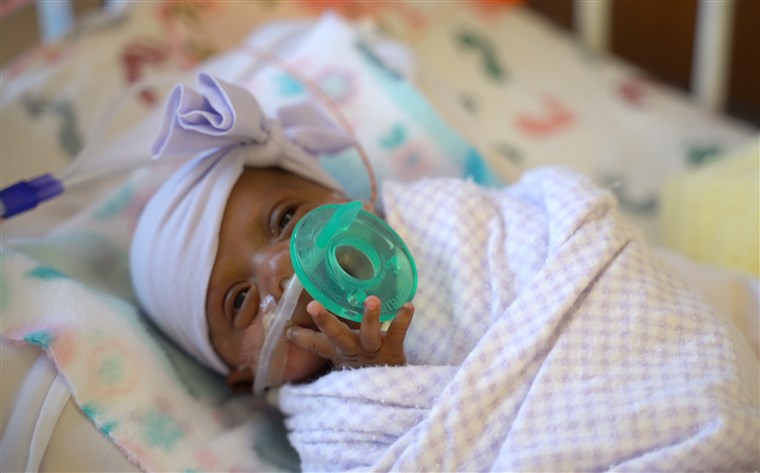 Baby Saybie’s life is a testament to the amazing advances in modern medical technology.

Born weighing less than 9 ounces, she is believed to be the smallest premature baby ever to survive, Fox News reports. A San Diego hospital deemed her well enough to go home this May, approximately five months after her birth.

The tiny infant was born in December 2018 by emergency cesarean section after her mother developed pre-eclampsia, a life-threatening condition, according to the report. She was 23 weeks gestation.

“It was the scariest day of my life,” her mother said.

ABC 7 reports the family, who chose to share their story but remain anonymous, said the medical staff told them to be prepared because Saybie probably would die. When she was born, Saybie weighed just 8.6 ounces, about as much as an apple or a juice box. The University of Iowa Tiniest Baby Registry lists her as the smallest baby in the world to survive.

“She was small and fragile, and could fit in the palm of the hands of her care team,” the hospital said. “Saybie experienced virtually none of the medical challenges typically associated with micropreemies, which can include brain bleeds and lung and heart issues.”

Her family said the hospital staff was amazing and constantly supportive.

“I don’t think we can forget this date. We should celebrate the day every time,” Saybie’s mom said. “I feel blessed.”

Premature babies are surviving at a greater rate than ever before thanks to modern medical advancements. The earliest known premature baby to survive outside the womb was born at 21 weeks and four days of pregnancy. In 2017, the journal Pediatrics highlighted the girl’s survival story. She was 3 at the time of the article’s publication.