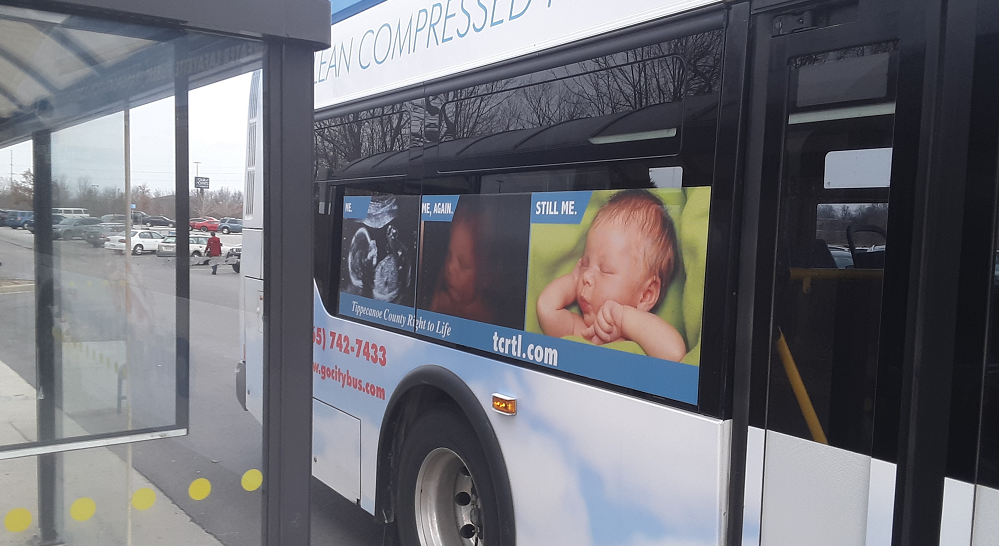 An Indiana pro-life organization won a court battle this week to display advertisements about an unborn baby’s development on the Lafayette city bus system.

CityBus, the public transportation system in the city, rejected Tippecanoe County Right to Life’s ads in 2017, arguing that they violated its policy against political advertisements, the AP reports. The pro-life group responded with a free speech lawsuit.

The ads, an outreach to Purdue University students and others, show three images of babies, two inside the womb and a born infant. Above their images are the words “me,” me, again” and “still me.”

A settlement agreement filed Monday in U.S. District Court indicates that CityBus agreed to run the pro-life ads for up to 16 months and change its political advertising policy, the Journal & Courier reports.

“We’re very thankful for the result,” said Samuel Green, an attorney with Alliance Defending Freedom who represented the pro-life organization. “We’re thankful after this litigation period that CityBus has agreed to run the ad that they previously rejected and that those in the Lafayette community are going to be seeing this message that explains the scientific truth that unborn children are just as human as the rest of us.”

He said they hope the ads will help save lives.

The pro-life group pointed to evidence that CityBus had accepted other political ads in the past.

The local news reports the ads now are running on buses in the city.

“It’s a scientific fact that unborn babies are just as human as the newborn babies we cherish, and Tippecanoe County Right to Life’s ad shares that truth in a compelling way,” Green said.